Missing & Murdered: Finding Cleo explores the disappearance of Cleopatra Semaganis Nicotine, a young Cree girl taken from her Saskatchewan home in the Sixties Scoop, put up for adoption in the U.S. and wrongly thought to have been murdered while hitchhiking back to Canada.

“What makes Finding Cleo unique and engaging is the way it is told — as a 10-part podcast where you are along for the journey, facing the roadblocks of bureaucracy on a cold trail, experiencing the frustrations and unsure of the outcome,” said jury member Isabel Bassett, former chair and CEO of TVO. “Finding out the truth of one young girl accomplishes more than bringing closure for a family — it tells the much larger story of the ‘Sixties Scoop’ from the point of view of those who experienced it, in a way relatable by all.”

BIG night for our #FindingCleo team— we won two #CJFawards! We are thrilled/proud/grateful that people are recognizing Cleo’s story & how it’s connected to the truth about Cdn history. These last few weeks have made it clear there is more work to do in understanding those truths. pic.twitter.com/Hl0D1EQ7Ve

In the small media category, the Regina Leader-Post and Saskatoon StarPhoenix won the Jackman award for their joint coverage of the Humboldt Broncos bus crash, including the first 36 hours following the tragedy.

The evening’s other award winners included:

Special CJF honorees this year included Maria Ressa, executive editor and CEO of the Filipino news site, Rappler.com, who received the annual CJF Tribute for her courageous defence of independent journalism in the face of government harassment. A CJF Special Citation went to Martin Baron, executive editor of The Washington Post, who was recognized for his commitment to the pursuit of truth in an atmosphere of “alternative facts”.

The Canadian news media industry honouring @mariaressa at the #CJFAwards She got not one but two standing ovations from this crowd! Maria we are committed to standing with you as we #HoldTheLine together #PressFreedom pic.twitter.com/nZ6ur8ZE6I

Established in 1990, The Canadian Journalism Foundation promotes, celebrates and facilitates excellence in journalism. Through monthly J-Talks, a public speakers’ series, the CJF also facilitates dialogue among journalists, business people, academics and students about the role of the media in Canadian society and the ongoing challenges for media in the digital era. The foundation also fosters opportunities for journalism education, training and research. 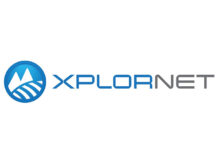 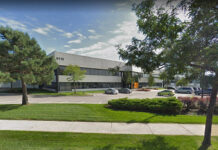 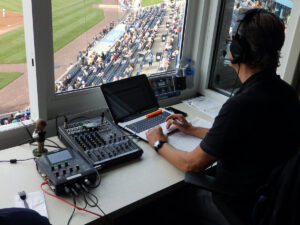 In an age when technology is advancing at a rapid rate, it is comforting to know that the equipment you buy today, will still be around and operating for many years to come.