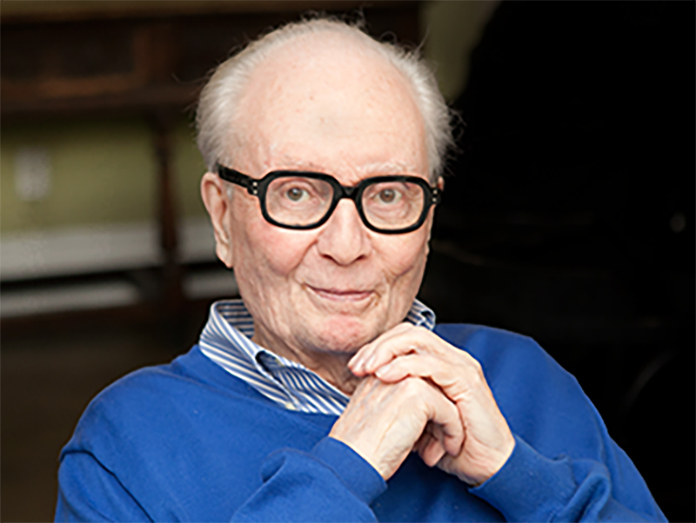 Media mogul and philanthropist Allan Slaight, the former CEO of Standard Broadcasting and a past president of Global Television and Slaight Communications, has died. He passed away peacefully at his Toronto home Sunday. He was 90.

Born in Galt, ON, Slaight was the son of a newspaperman who moved the family to Moose Jaw, SK when he bought the Moose Jaw Times-Herald in 1945 and then local radio station, CHAB-AM. 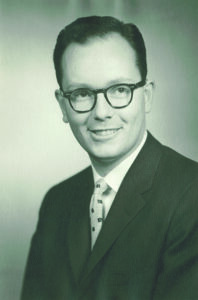 Slaight started his career at CHAB-AM in 1948 at age 17 as a reporter, going on to host late-night jazz program, Spins and Needles. Stops at CFRN, CJCA and CHED Edmonton followed before he headed east to Toronto in 1958 to join CHUM as program and promotions manager, guiding the station through its format transition to rock n’ roll and unseating rival station, CKEY. He went on to serve as program director and by 1965 was appointed Vice-President of Radio CHUM-1050 Ltd.

The following year, Slaight stepped away from conventional broadcasting and uprooted to England to establish a sales agency for pirate radio station Radio Caroline, which broadcast 12 miles off the English coast in international waters in protest of the BBC’s broadcasting monopoly. He returned to Toronto in 1967, launching advertising and communications firm Allan Slaight Ltd., which partnered with Stephens & Towndrow to service radio and TV advertising, and where Slaight was appointed president and managing director. 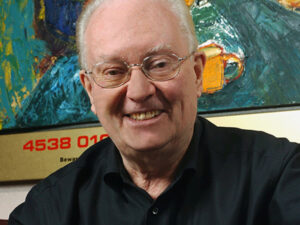 By 1970, he had formed Slaight Broadcasting, raising $2.5 million to buy CFGM 1310 AM in Richmond Hill, ON. He went on to acquire a stake in CFOX Montreal, going on to merge the stations with IWC Communications, which saw Slaight acquire cable systems in Mississauga, Barrie, and Orillia as well-as CHOK Sarnia. Later that year, he’d also acquire the debt-ridden Global Television Network, which was losing an estimated $1.5M a month.

In 1976, Slaight applied for an FM licence for a sister station to Toronto’s CFGM-AM with Q107 going to air on June 1, 1977, earning him status as the godfather of rock radio in Toronto.

From there, acquisitions like outdoor advertising business Urban Outdoors followed, and a 49% stake in Standard Broadcasting. After a court battle, he would go on to buy 84.8% of Standard’s shares for an estimated $110 million. The deal required Slaight to sell Q107 and CFGM, but brought CFRB, CKFM, CJAD-AM, CJFM-FM, Capital Radio in London, CJOH-TV, and CKTB and CJQR St. Catharines under his domain. He continued to grow the company, branching out in the late 1980s into production and program syndication with the launch of Sound Source Networks, Standard Broadcasting’s syndication division.

In 2007, he authorized the sale of Standard Radio to Astral Media in a $1.08 billion deal. After 52 years in broadcasting and creating the largest privately held and solely-owned media company in the country, Slaight stepped down as President and CEO of Standard Broadcasting, assuming the position of Executive Chairman of the Board of Directors of Slaight Communications. At the time of his retirement, revenues exceeded $500 million, employing 1,500 full-time and 6,000 part-time employees.

In addition to broadcasting, Slaight was responsible for bringing the Toronto Raptors’ NBA franchise to Canada, holding a 39.5% share, alongside John Bitove Jr., and at one point owning 79% of the team.

Over the years, the Slaight Family Foundation has also donated millions to causes from founding the Allan Slaight Radio Institute at Ryerson University to furthering music, arts, and cancer research.

Among the many accolades Slaight received over the years was induction into the Broadcast Hall of Fame in 1997. He received an Honorary Doctor of Commerce from Ryerson Polytechnic University in 2000, and was appointed a Member of the Order of Canada in 2001. In 2005, he received the the Walt Grealis Special Achievement Award for his contribution to the growth and development of the Canadian music industry. He was honoured with a star on Canada’s Walk of Fame last December.