Devlin was among eight honourees in the annual Achievement Awards’ Class of 2019, half of whom were recognized for their work during the Raptors’ run for the NBA Championship title. They include Raptors president Masai Ujiri, who is now a two-time recipient of the Sports Executive Award; Michael Grange, who filed game stories, features and columns for Sportsnet.ca; and Mark Blinch, an NBA and NHL photographer for Getty Images, whose work during the NBA playoffs included his photo of Kawhi Leonard’s winning basket against the Philadelphia 76ers in Game 7 of the second round.

Honoured to be a part of this event as ‘Sportswriter of the Year’ & especially to be recognized with the likes of @Matt__Devlin and Masai Ujiri. Shout out to my peeps at @Sportsnet & all the rabid Raptors fans out there, also my Raptors beat family who all do amazing work. 👊 https://t.co/GX50V5Z5lY

Recognized with the George Gross Career Achievement Award, Leibel was a trailblazer in Canadian sports broadcasting, starting her career in 1980 as a CBC analyst at Spruce Meadows. A member of the Canadian national equestrian team, she left CBC and joined The Sports Network in 1984 to become the host of Sportsdesk, a first for a woman in Canadian sports broadcasting. She returned to CBC in 1986 and was teamed with Brian Williams as co-host of Sports Weekend. She became the first woman to ever co-host the network’s Olympic coverage at the 1996 Atlanta Summer Games and went on to co-host CBC’s coverage of the 1998, 2000, 2002, 2004 and 2006 Games. In 2003, she became the first female sports broadcaster to win a Gemini Award.

Jesse Tieman, the son of Randy Tieman, accepts the honour roll on behalf of the late Montreal broadcasting legend. pic.twitter.com/4TAWDz3miS

Olson and Vickery were recognized with the President’s Award for their contributions to the Achievement Awards over more than two decades, and their dedication to sports media. Olson, a former executive vice-president of The Houston Group, handled public relations for many major sporting events during her career, and is a long-time member of the Sports Media Canada Achievement Awards committee. Vickery, whose career as a photographer included shooting sports, has been a Day 1 fixture at the luncheon as the Sports Media Canada Jazz Orchestra’s band leader and drummer.

Sports Media Canada is the Canadian chapter of A.I.P.S. (Association Internationale de la Presse Sportive), known in English as the International Sports Press Association, which has chapters in 130 countries. With 10,000 card-carrying members worldwide, the A.I.P.S. card is the most-respected journalist’s credential in sport recognized by the IOC, IAAF (track and field), FIFA (soccer), and FINA (swimming and diving), among other organizations.

The Sports Media Canada Achievement Awards were established in 1996 to celebrate excellence in Canadian sports journalism. 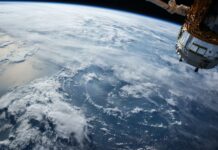