Lionsgate is entering the podcasting space with new division Lionsgate Sound that will launch with four shows, including true-crime thriller “The Lives and Deaths of Barry and Honey Sherman” for the CBC.

Broadcast journalist and producer Charlie Webster will head up creative for the division. Known for her work with BBC Sport and Sky in the UK, Webster made history in 2015 as the first woman globally to host a live heavyweight world title fight. Among her podcast credits are “Undiscussable,” an investigative series into domestic abuse; “My Sporting Mind,” an intimate show that speaks to sports stars about mental health; and “From Paper to Podium,” a sports performance podcast. 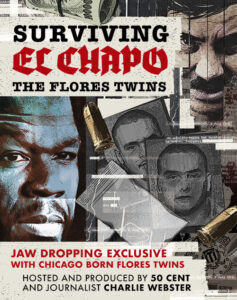 The studio’s other shows at launch include “Cuate/twin/: the downfall of El Chapo” (working title), hosted and produced by Curtis ‘50’ Cent Jackson and his newly-established G-Unit Audio, which will be distributed by the iHeartPodcast Network; interview podcast “Playing Dead,” hosted by actor Michael Nathanson (Marvel’s The Punisher); FBI-focused show “A Nation for Thieves” on the recovery of over $1 billion in dirty money from the world’s most corrupt leaders, whose actions have fueled war crimes including the current war in Ukraine; and “Died and Survived,” hosted by Webster and detailing near-death experiences as she looks for evidence of the afterlife. The division says more than a dozen other projects are in the pipeline. 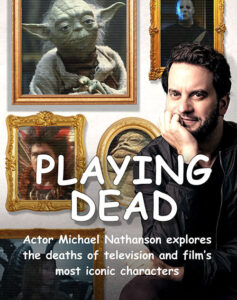 “We look forward to entering the rapidly expanding podcast market as a great source of exciting new properties as well as an opportunity to feed the growing demand for audio content with our films, television series, Starz original programming, and library titles,” said Joe Drake, Chair of the Motion Picture Group, and Kevin Beggs, Chair of the Lionsgate Television Group, in a company announcement. “This initiative demonstrates Lionsgate’s 360-degree approach to content, creating an opportunity for us to continue onscreen stories and make companion podcasts to serve fans of our IP while scaling the audience base for new projects.”

The CBC project is billed as an eight-part “forensic biography” of the rise of pharma billionaire Barry Sherman and his wife Honey, who were found murdered in their Toronto home in December 2017. Lionsgate says the series “shines a light on what extreme wealth does – not just for people, but to them.”