You’re probably familiar with the catchphrase “follow the money” which rose to popularity alongside the release of 1976 Watergate docudrama “All the President’s Men,” starring Robert Redford and Dustin Hoffman as venerable The Washington Post reporting team Bob Woodward and Carl Bernstein.

Donor-funded, the non-profit is being led by CEO and Editor-in-Chief Zane Schwartz and a board of directors that includes Brent Jolly, President of the Canadian Association of Journalists (CAJ); Karyn Pugliese, Editor-in-Chief of Canada’s National Observer; Sadia Zaman, CEO of the Inspirit Foundation; and John Ruffolo, founder and managing partner of Maverix Private Equity.

Launching with nearly $790,000 in support from benefactors that include the Balsillie Family Foundation, Trottier Family Foundation, McConnell Foundation, Social Sciences and Humanities Research Council, University of Toronto Scarborough, and John Campbell & Denise Fujiwara, the IJF says its goal is to expand the breadth, depth, and long-term financial sustainability of investigative journalism in Canada.

“Our goal is to strengthen all Canadian media outlets and everyone who cares about Canadian democracy, by giving everyone access to public interest databases,” said Schwartz, in the IJF’s launch announcement. “Those databases allow anyone to answer questions like: Who donates the most money to my member of parliament or premier? Which lobbyists get the most meetings with cabinet ministers? Which companies get the most money from the government?” 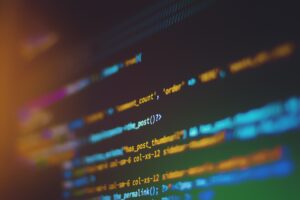 Free to the public, IJF is launching with eight databases, built and maintained with the help of an army of more than 80 volunteers – including academic partners – that have spent the past two years collecting, cleaning and analyzing data from government websites. Those databases include:

● Revolving Door: Every lobbyist who used to work for the government at the federal level and in every province and territory. Users can search by company, department or individual lobbyist name.

● Lobbyist Meetings: Which lobbyists are meeting with which politicians.

● Political Donations: All donations to politicians at the federal level and in every province and territory from 1993 to present. Users can search by donor name and recipient name. They can also refine the search by location, amount, political party and donor type (e.g. union, corporation, individual).

● Charity Tax Returns: Tax returns for all Canadian charities from 1990 to the present, searchable by revenue, expenses and programs of interest. Users can compare charities on revenue increases or expense-to-revenue ratios.

IJF will also publish investigative reporting, in partnership with other media outlets, with its first story a collaboration with The Walrus on the state of Canada’s public housing system. Promising to marry its database findings to “data-driven investigations focused on revealing waste and corruption in Canada,” it will publish forthcoming stories with Canada’s National Observer, the Local News Data Hub, The Canadian Press and Village Media.

The IJF’s initial reportage includes an exposé on the record number ($1.3B annually) of weapons sold to authoritarian regimes under the Trudeau government and a look at how lobbyists continue to attend cash-for-access fundraisers despite a 2017 pledge by the Liberals to put an end to the practice.