Bill Evanov, President and CEO of the Evanov Radio Group and Dufferin Communications, died on Friday. He was 77.

The son of Bulgarian immigrants, Evanov’s radio career started in 1967 when CHIN-FM Toronto owner Johnny Lombardi gave him a shot at a sales position. He moved quickly through the ranks of the multicultural station to become VP of sales within 18 months and went on to spend 13 years with the company.

In 1980, he left for CING-FM Burlington as station manager. Facing financial difficulties, Evanov and CHIN colleague John Dukelow convinced ownership that they could turn the station’s fortunes around, in exchange for a 35% stake. 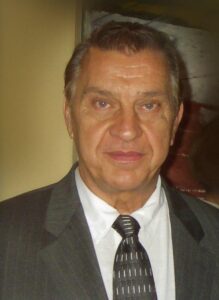 “It was badly in debt and no one there had any broadcast experience so we launched an AC format and the debt was soon paid off,” Evanov told Broadcast Dialogue in a 2014 interview. “At that point, Pat Hurley, who was running CKMW-AM/CHIC-FM Brampton, called and said that the owners wanted to sell the stations and did I want to buy one. I said that, yes, I would like to buy the FM. Hurley asked if I had four million dollars. I said no.”

While still managing CHIN, Evanov was among a group of people – including Pat Hurley – who purchased a partial ownership in CKMW-AM, on the basis that it would adopt a multi-language, ethnic licence, similar to CHIN. CKMW became CIAO, the first in what would grow to 19 stations.

Evanov’s legacy includes the launch of several risk-taking formats. PROUD FM (CIRR-FM) Toronto went to air in 2007 as the world’s first LGBTQ radio station. Evanov was also behind the Rhythmic CHR sound of Z103.5 (CIDC-FM), the company’s flagship station, in addition to The Jewel Adult Contemporary format which is now heard on eight stations across the country.

“Evanov Communications is one of the very few independent broadcasters that has persevered and prospered among multi-media, multi-platform competitors. It employs several hundred persons who will miss Bill’s sense of humour, dedication to his craft and example of discipline and passion for radio,” reads a company statement released Sunday. “He is survived by his children Paul and Kristina, who will continue to grow the company in his tradition.”

Evanov was presented with the Allan Waters Broadcast Lifetime Achievement Award in 2011 at Canadian Music Week.

In his introduction, friend and colleague Duff Roman said “there is no better representative of the entrepreneur, pioneer ethic than Bill Evanov.”

A service in celebration of Evanov’s life will take place at Toronto’s Sts. Cyril and Methody Macedonian-Bulgarian Eastern Orthodox Church, 237 Sackville St., on Mar. 9 at 11 a.m.