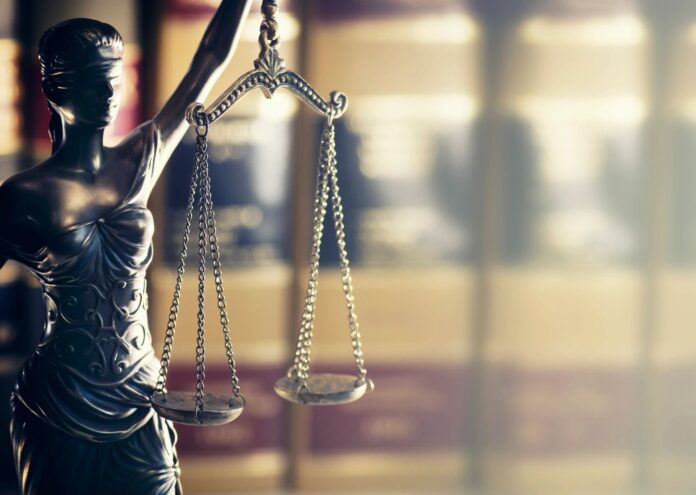 Victoria lawyer Sean Hearn was in a Nanaimo courtroom Wednesday morning arguing on behalf of a coalition of independent media outlets and press freedom groups seeking unimpeded access to the ongoing old growth logging protests at Fairy Creek near Port Renfrew, BC.

Since mid-May, RCMP have been enforcing an injunction prohibiting the blocking of logging roads in the area, establishing a broad exclusion zone limiting reporter access and requiring journalists to be accompanied by a chaperone at all times.

That prompted a coalition of outlets including APTN, Ricochet Media, The Narwhal, Capital Daily, Canada’s National Observer, The Discourse and IndigiNews, along with the Canadian Association of Journalists (CAJ) and Canadian Journalists for Free Expression (CJFE) to file the court application in B.C. Superior Court.

The coalition is seeking to vary the injunction order to direct the RCMP to allow media access, barring a legitimate operational reason for restricting press. RCMP have argued that protesters have claimed to be journalists in order to gain access to the exclusion zone – a claim the CAJ says is unsubstantiated – while also expressing concern about journalist safety.

“Professional journalists do not need to be taken on chaperoned tours to catch a highlight reel of a job well done by law enforcement. Professional journalists are also not gentle snowflakes that need to be continually tended to by law enforcement officers who hide repeatedly behind the false veneer of ensuring journalists are kept safe as short hand for dictating where, how, and when the media do their job,” Brent Jolly, president of the CAJ, told a press conference Wednesday.

Jolly says the RCMP have established a pattern of “heavily handed” tactics concerning media access, pointing to arrests of journalists covering the Wet’suwet’en Nation-Coastal Gaslink conflict in northern B.C. and last September’s Caledonia land dispute, in addition to the case of Justin Brake, the first Canadian journalist to face criminal and civil charges after following Muskrat Falls protestors into a locked Nalcor Energy site in Labrador in 2016.

“We are asserting our rights today to due process. It’s our sincere hope that the presiding judge in this case will see how the arguments made by RCMP contain many inaccuracies…poor planning and any understanding about how journalism works and protections afforded to them under Canadian law,” said Jolly, who added that the case also speaks to many other issues, including secrecy by law enforcement and the value of holding public institutions and their actors accountable.

Jimmy Thomson, the managing editor of Victoria’s Capital Daily and a CAJ board member with extensive journalism experience abroad, says he used to feel relief when returning to Canada, but that’s no longer the case.

“I’ve reported from countries all over the world including China, Russia, and Turkey, countries where press freedom is significantly impaired…I always felt a sense of relief that I didn’t have to worry about being arrested in Canada doing my job and I thought I could do my job without interference. And then in May, the enforcement was beginning at the Fairy Creek blockades so I jumped in my car,” said Thomson, who recounted being asked for press accreditation at Fairy Creek and turned away, while a reporter he subsequently sent to the site was “corralled and controlled.”

“That’s become the norm out there. As a small, independent newsroom, I can’t afford to send reporters out on assignments that I don’t know will pan out. If they might find themselves turned around far from the action like I was, or blocked from accessing the places they need to go, or asked for made up credentials, or have their interviews listened in on by police, or given conflicting or confusing information, or escorted out of the area before they’re finished reporting, I’m much less likely to assign that story which means the public is much less likely to learn what the police are doing on their behalf,” said Thomson. “That’s why Capital Daily joined this court challenge…people look to Canada to set an example for press freedom, yet here we are in the middle of the woods being told there’s nothing to see here.”

The coalition says Fairy Creek presents a unique opportunity to challenge RCMP exclusion zones due to the length of the injunction, while previous demonstrations have ended in a matter of weeks or days. Historically, the CAJ has only intervened on appeal in press freedom cases where decisions have more influence.

“We really think that this is sort of Groundhog Day and we’ve continually seen this kind of stuff happening over and over again and we’ve frankly had enough of this,” said Jolly. “This injunction has a long tail to it. It’s open until September. There are enforcement actions against demonstrators continually open and ongoing, so we think the ability to challenge this up front right now, there’s actually a real opportunity to affect some change that could potentially have an impact on how this particular story is covered.”