Harvard Broadcasting says it will rename Power 107 (CJNW-FM) Edmonton, following a Monday court ruling granting Corus Entertainment a temporary injunction against Harvard’s use of the ‘Power’ brand. At the heart of Corus’ lawsuit, launched in September, was the assertion that Harvard knowingly made use of the ‘Power’ brand, including assuming a similar logo, playlist and “Phrase That Pays” contesting tag synonymous with Power 92 – the name CKNG-FM Edmonton was operated under between 1991 and 2003 – by a series of ownership groups including Moffatt Communications, Westcom Radio, Shaw Communications and eventually Corus. Since 2018, the station has been branded as 92.5 The ‘Chuck. In a Court of Queen’s Bench of Alberta ruling issued Monday, Justice Nancy Dilts said she was satisfied that Corus’ claims of copyright infringement presented a serious issue to be tried, both as to the similarity of the former Power 92 logo and a Harvard social media post that contained the Power 92 logo, teasing “Back this Monday #PhraseThatPays.” Read the full story here.

Don Cherry has launched the first episode of a new weekly podcast, one week after being fired from Coach’s Corner by Sportsnet. The inaugural episode of Don Cherry’s Grapevine dropped Tuesday morning, featuring Cherry and his son Tim. Cherry addressed the controversy around his firing head on, including co-host Ron MacLean’s move to – in MacLean’s words “choose principle over friendship” following the Nov. 9 Coach’s Corner segment – which MacLean addressed during Saturday’s Hockey Night in Canada broadcast. The podcast promises to be a longer version of Coach’s Corner, including Cherry’s reflections on current NHL developments, as well as clips from the original Grapevine interview shows recorded in the 1980s, which aired on CHCH-TV Hamilton. Read more here. CJPX-FM 99.5 (Radio Classique) is set to change ownership, pending CRTC approval. Leclerc Communication has agreed to purchase the station from Gregory Charles for $3.88 million. According to its CRTC filing, Leclerc plans to change the station format from specialty commercial (classic music) format to a commercial format (Adult Album Alternative – Triple A and Adult contemporary). CBC North has reversed a decision to centralize its morning radio newscasts. The move would have seen one morning newscast, delivered from Yellowknife and aired across Yukon, the Northwest Territories, and Nunavut. News of the public broadcaster’s plan sparked a backlash from staff, listeners and even Yukon Premier Sandy Silver. CKRW Whitehorse, Yukon’s oldest commercial radio station operated by Klondike Broadcasting, celebrated its 50th anniversary this week. The independent station initially went to air on the AM band on Nov. 17, 1969 and started simulcasting on FM in 2004. Since 2018, it’s been on the FM band as 96.1 The Rush. It was founded by local businessman Rolf Hougen, who already owned WHTV Cable (Northern Television Systems Limited), and decided the area needed a commercial radio station. RED FM (CKYE-FM) Vancouver broadcast the 13th Annual Gurpurab Radiothon on Nov. 12, raising over $790,000 for the Surrey Hospital Foundation. Airing from 6 a.m. to 10 p.m., members of the Lower Mainland South Asian community donated in support of the Mata Tripta Family Birthing Unit. The annual Radiothon is held during celebrations of the anniversary of the birth of Guru Nanak, founder of the Sikh faith. CHAT 94.5 FM Medicine Hat’s annual food drive brought in its biggest total to date in support of the Medicine Hat and District Food Bank on Nov. 13. Food and cash donations equivalent to 345,700 pounds of food, up over 100-thousand pounds from last year, were collected over the two-day event. Over the 21 years of the CHAT Food Drive, over two million pounds of food has been collected to help those in need in the community. Stingray has released Q2 highlights reporting revenue increases of 120.7% year-over-year to $76.6 million. Recurring Broadcasting and Commercial Music revenues increased 9.4% to $33.5 million, with Radio accounting for 49.4% of total revenues at $37.8 million. Subscription video on demand (“SVOD”) subscribers increased 15.5% to 365,000 compared to last year. Adjusted EBITDA by segment of $15.2 million or 39.3% of revenues was reported for Broadcasting and Commercial Music and $13.7 million or 36.3% of revenues for Radio. Adjusted free cash flow more than tripled to $18.8 million. Stingray has reached a long-term deal to provide custom music programming and in-store messaging for over 1,000 Metro stores, including Metro and Metro Plus in Quebec, Metro in Ontario, Super C, Food Basics, Adonis, Les 5 Saisons, Brunet, and Jean Coutu. Stingray will provide regularly updated, customized, and day-parted, music programming in-store with over 30 million titles as well as the production of in-store messaging for each brand. The media solution will be deployed across Ontario, Quebec, and New Brunswick before the end of the year. SiriusXM has expanded its SiriusXM Video offerings on its SiriusXM app to include new performances, interviews, and in-studio moments. SiriusXM first expanded into video content in 2018 with “Howard Stern Video.” More recently, simultaneous with its expansion of streaming access to subscribers, it began to preview clips from its broader video archives. SiriusXM video now features new content daily from across its music, talk, and sports channels. SiriusXM has launched “Dial Up the Moment,” a month-long experiential program featuring pop-up performances at its Toronto, New York City, Nashville, Washington D.C., and Los Angeles studios. As part of the experiential program, SiriusXM has unveiled the “Moments” Hotline, an interactive phone experience that gives listeners the chance to dial into SiriusXM directly, hear snippets from their favourite channels and hosts, and win access to fan experiences of their own. SiriusXM will also bring surprise performances to the streets of select cities throughout the coming month from artists like John Legend and Jason Aldean. The exact time and location of the performances will be released shortly before each event. Just For Laughs is expanding into the audio business with the launch of new Canadian-owned record label “JFL Originals.” The new label will record and promote new original comedy content from Canadian talent and feature multi-comic compilation albums, to be distributed to iHeartRadio Canada, Spotify, Pandora, SiriusXM, Apple Music, and Google Play, among others. The debut albums under the new JFL initiative will be recorded early next year.

Dave “Bookie” Bookman’s vinyl collection goes on sale Nov. 21 with the proceeds going to MusiCounts, a charity close to the late Indie88 (CIND-FM) and The Edge (CFNY-FM) personality’s heart. Starting today, over 600 of Bookman’s personal records will go on sale at Toronto’s Rotate This at 186 Ossington Ave., identified with a special sticker. Indie88 has already raised more than $75,000 in Bookman’s name for the MusiCounts Band Aid program.

Media Girlfriends, which started in 2016 as a podcast offering insight into the behind-the-scenes lives of women working in media, hosted by Nana Aba Duncan, has raised over $10,000 to fund scholarships for young women looking to study journalism, communications, media, or tech. Since it began, Media Girlfriends has evolved into peer mentorship and events. In addition to Duncan, the core team includes Garvia Bailey, Rachel Giese, Jennifer Hollett, Nam Kiwanuka, Reshmi Nair, and Hannah Sung. Red Robinson: The Last Broadcast is out, the sequel to the legendary Vancouver radio personality’s best-selling Red Robinson: The Last Deejay. Penned by Robin Brunet, it details Robinson’s last broadcast in the summer of 2017, and takes an in-depth look at the careers of some of his friends and colleagues in the broadcast industry, including Doc Harris, Stirling Faux, Fanny Kiefer, Gloria Macarenko, Wayne Cox, and others. The book also explores the old days of radio in juxtaposition to today’s environment of media concentration. 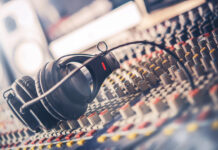 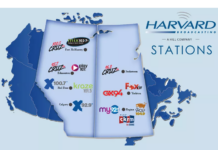