Canadian Heritage Min. Steven Guilbeault says he’s aiming to have a broadcast reform bill tabled in the House of Commons by June.

Speaking at the Prime Time in Ottawa conference in a fireside chat format with Reynolds Mastin, CEO of the Canadian Media Producers Association (CMPA), Guilbeault did not get into the specifics of which recommendations from the Broadcast and Telecommunications Legislative Review the government might act on. But he praised the panel for what he described as “a colossal job.”

“They really looked at every aspect of our system from hardware to the programs we have, to what’s happening online…it’s very comprehensive,” said Guilbeault. “It’s a well of ideas for us in the government and of course, we didn’t wait for the publication of the report to start thinking about what the next step would be for us.”

“If it was only up to me, I’d say we’d have a bill tabled in the House of Commons in the next few weeks, but it’s not just up to me. We are in a minority government, we don’t control the parliamentary agenda as much as we would if were in a majority context, but as fast as I can, we will be tabling a bill,” said Guilbeault, who added that realistically he anticipates that happening sometime during the current parliamentary session.

In the meantime, he told Mastin that the government will be looking at measures that can be undertaken without legislative changes.

Mastin challenged the minister on how he envisioned “stickhandling” the opposition to get them on board. Calgary MP Michelle Rempel, the Conservative shadow minister for Industry & Economic Development, said in a release issued Wednesday that the BTLR report “falls short of saying what needs to be said and doesn’t suggest the disruptions needed to address inequalities created by the current state of governance.”

Guilbeault, a founding member of Quebec environmental organization Equiterre and former director of Greenpeace Quebec, said he’ll rely in part on his prior environmental activist experience working with political parties and governments of all stripes. He noted that on the “sliding scale” of partisanship, he’s on the low end.

“I don’t anticipate it will be difficult to find common ground with people from different political parties to move this as quickly as we can in the House of Commons,” said Guilbeault. “Depending on who you are listening to in the Conservative party, there is some support…I’m confident we will be able to find support for what we want to do and move things quickly. Quickly by government definition, which is probably not the same definition as what you and I have in our everyday life…months is what I can commit to, before I suspect we can table the legislation, and then it has to be adopted.”

So far industry reaction to the BTLR recommendations has been mainly positive. The Canadian Association of Broadcasters (CAB), which represents Canada’s private TV and radio broadcasters, said it’s still studying the report, but is particularly pleased with the recommendation to extend the journalism tax credit for print media to radio and television broadcasters. It also supports the panel’s call for the elimination of advertising on CBC/Radio-Canada platforms.

The Writers Guild of Canada (WGC) said it was also encouraged by the panel’s findings, and urged the federal government to act quickly.

“We hope the federal government soon requires the CRTC to hold hearings and issue a new order so that those media content curators that derive revenue from Canada and are currently exempt from licensing, such as Netflix, are required to contribute to Canadian content through spending and discoverability requirements,” said Maureen Parker, WGC’s executive director.

“We are losing members daily to the film & TV industry in L.A. and they are not coming back for want of opportunity to make their stories in their own country. We believe key recommendations in this report, if adopted, will go some way to reversing this trend.” 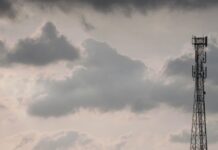