A Global News cameraman and reporter were targeted during an alt-right counter protest in Quebec City on Aug. 20, with one protestor destroying a camera. The demonstration turned violent after protesters clashed with police. During the chaos, cameraman Jean-Vincent Verveille was assaulted by protesters and shoved by a masked assailant, who smashed his camera to the ground, totalling it. Reporter Mike Armstrong was shoved down some stairs in the incident. Neither was injured. Armstrong later Tweeted that their attackers were from “a violent faction of anti-racists.”

Videotron is set to launch independent French-language horror channel Frissons TV on Sept. 1. The channel is the brainchild of Callisto Television Corp. president Sylvain Gagné, who hopes to fill the void left by the demise of Corus’ Dusk channel in 2012. Gagné is hopeful English-language version Terror TV will be picked up by a distributor for 2018. Bell Media has struck a deal to license its original series Just Like Mom to Canadian production company marblemedia. Yes TV and BYU TV have greenlit the show for re-launch in 2018, which will be modernized and renamed Just Like Mom And Dad. The original children’s game show was commissioned for CTV’s flagship station CFTO-TV and ran for more than five seasons between 1980 and 1985, before going into syndication.

The CRTC has approved the broadcasting licence for the previously-exempt Bloomberg TV Canada. Entering its third broadcast year of operation on Sept. 1, Channel Zero confirmed last Spring that the channel had exceeded the subscriber threshold for the operation of an exempt service.

The CRTC has found that neither CTV News Channel nor CITV-DT Edmonton breached industry regulations and standards following a Jan. 2016 complaint over the use of the term “service dog” in the story of a Canadian Forces member with post-traumatic stress disorder. The complainant argued the dog in the story should not have been called a “service dog” in the reports because it did not meet the definition of “service dog” as set out in Alberta’s Service Dog Act, and further argued that CTV News Channel should not have referred to the story’s subject as a “veteran” since although transitioning out of the military, he was still an active member. While the Canadian Broadcasting Standards Council (CBSC) issued a decision in Nov. 2016, the complainant had asked the CRTC to review it.

CTV Your Morning meteorologist Kelsey McEwen took to the airwaves last week to react to pregnancy body shamers. McEwen, who is eight months pregnant, used the CTV daily news roundtable to address harsh online commentary about her pregnancy wardrobe. McEwen isn’t the first pregnant, Canadian broadcaster to receive viewer criticism. Global BC meteorologist Kristi Gordon appealed to viewers to be kind in 2015, during her second on-air pregnancy, but still was on the receiving end of hostile online comments.

Dennis Heaton has been named the executive producer in residence for the 2017 Bell Media Prime Time TV Program, presented in association with ABC Signature Studios. From Sept. to Dec. 2017, Heaton will lead the story room and soon-to-be-announced television writers selected to participate in this year’s program as they work together to develop Heaton’s original series. Heaton is currently executive producing and writing for Ghost Wars, a new horror series for SyFy and Netflix, and recently completed showrunning police procedural Motive. His additional live-action credits include Call Me Fitz, The Listener, JPod, Blood Ties and the feature film Fido.

City is debuting its original series Bad Blood with a world premiere screening at Fan Expo Canada on Sept. 1. The six-part series stars Anthony LaPaglia (Without A Trace) as Montreal mobster Vito Rizzuto, who watches from prison as his friends and family members are murdered, culminating in a revenge mission upon his release. Fan Expo Canada will also host the premiere of City’s new, live-action comedy Ghosted, starring Craig Robinson (Mr. Robot, Hot Tub Time Machine) and Adam Scott (Parks and Recreation). The pair play believers in the paranormal recruited by a secret government agency to save the human race from aliens. 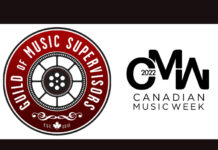 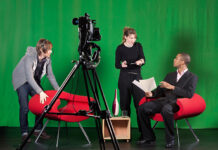 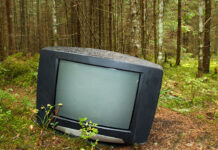