Edison Research and NPR have released the fourth edition of their Spoken Word Audio Report, which shows continued growth in share of listening, particularly with those ages 13-34.

The Spoken Word Audio Report has been tracking the medium’s growth since 2014 from a sample base of more than 4,100 Americans, measuring the consumption of news, sports, talk, personalities and audio books.

This year’s report indicates time spent with spoken word audio has grown 45% over the last eight years and 214% with younger demos over the same period.

The report says 46% of the U.S. population now listens to some form of spoken word daily, up from 45% last year. For the first time ever, those daily listeners are spending more time with spoken word than music at 51% and listening for an average of two hours and 19 minutes per day.

“Among daily spoken word audio listeners, a majority of their time with audio now goes to spoken word,” said Lamar Johnson, VP of Sponsorship Marketing at NPR. “The main story here is that we’re seeing growth in a medium that was already big in the lives of listeners.”

“For brands and advertisers, this is a clear indicator that audio is an impactful addition to any media strategy and spoken word in particular offers a highly engaged audience that produces a higher ROI,“ he continued.

There are now an estimated 131 million daily spoken word listeners in the U.S., up from 105 million in 2014, according to the report.

Audio diaries show that spoken word audio’s reach has increased in almost every single hour, rounded out by more listening in morning and afternoon drive, but more sustained throughout the day post-pandemic. 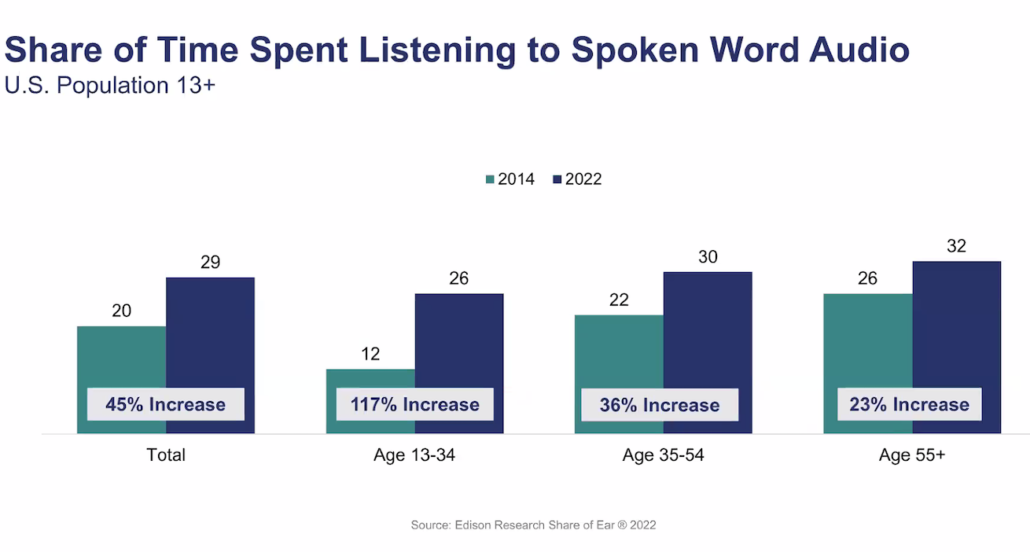 Share of listening has risen consistently since 2014 to 29% of the general population with much of that growth driven by younger listeners, particularly those 13-34, who have increased their listening in the space by 117% over the last eight years, followed by those 35-54 (36%) and listeners 55+ (23%). 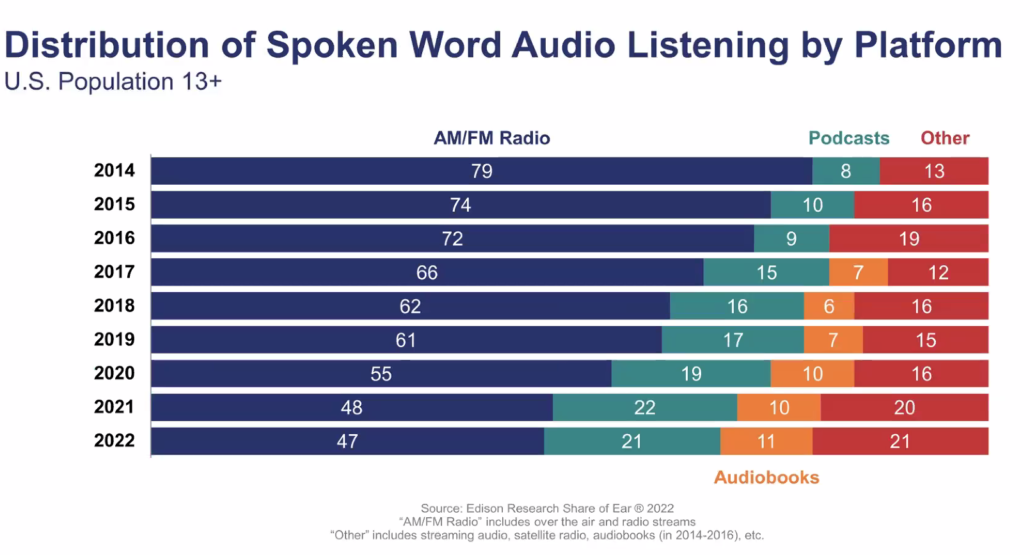 The portion of spoken word originating from AM/FM Radio is continuing a gradual decline at 47%, down from 48% last year. 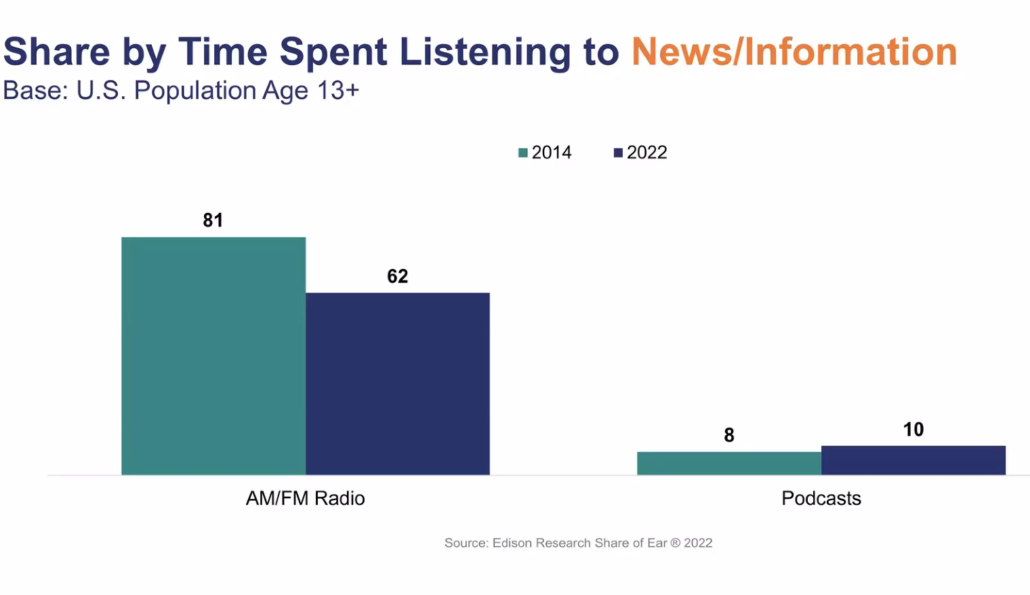 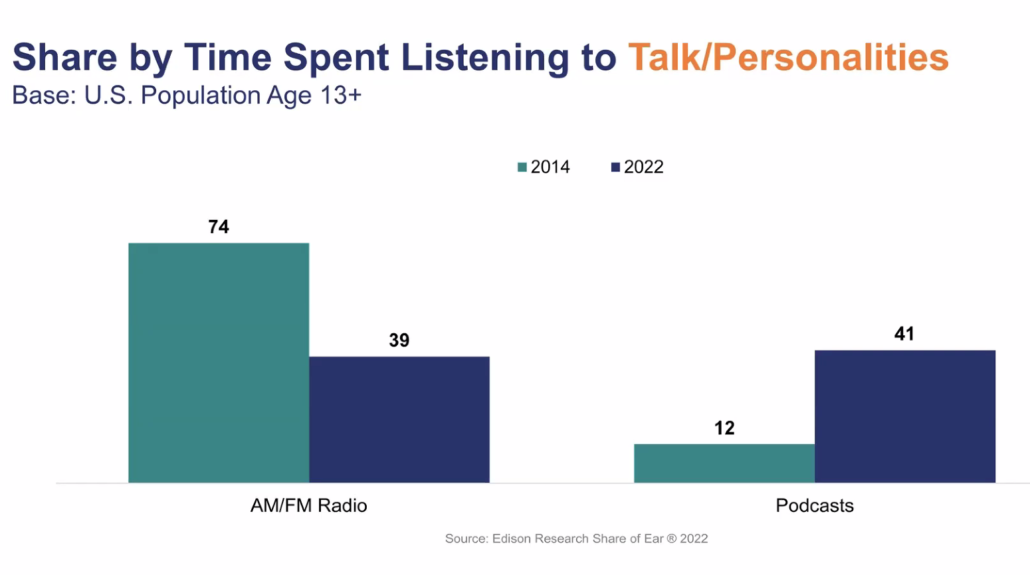 AM/FM has also lost share when it comes to time spent listening to talk/personalities where podcasting is capturing 41% of spoken word audio listeners, compared to 39% of content originating on radio.

Podcasts are among the platforms benefitting from the shift to digital, although podcast listening’s share was flat in this report, down from 22 to 21% year-over-year.

Among the report’s takeaways are that to reach Gen Z and other young demos, you have to be accessible on mobile as their days centre around their devices.

NPR said the growth in mobile and podcasting continues to influence its investment in podcasts. In addition, the public broadcaster said the growing use of spoken word among young people has been an important trend informing its experimentation with TikTok, including its Planet Money presence on the platform, an extension of its programming and podcast breaking down economic issues in a creative way for younger audiences.