Facebook has announced it’s set to launch its ad transparency tool Ad Library in Canada ahead of the federal election. As part of compliance requirements under Bill C-76 – the Elections Modernization Act, Facebook says Ad Library will help ensure “that authenticity and transparency are at the core of paid election advertising on Facebook.” Bill C-76, which passed in December, is set to come into force in June and will require online platforms to keep a registry of political and partisan ads they publish, directly or indirectly. Ad Library, which Facebook first launched in the U.S. last May, in addition to Brazil and the UK, requires advertisers to confirm their identities before running political, election-related and issue ads, including those that refer to candidates. Facebook plans to roll out the tool globally this year. Digital watchdogs in those countries have complained Facebook’s measures have done little to contain hate speech and the visibility of extreme content, with Ad Library allowing for too many inaccuracies and accountability gaps. Read the full story here. Mintel has released market research on attitudes toward gaming in Canada, finding that one in five or 22 per cent of Canadians think esports are just as important as traditional sporting events. The Feb. 2019 data indicates watching is the new playing. As many as a quarter (23 per cent) of players say they have gone online to watch others play, rising to 56 per cent among 18-24-year-old men. Deloitte has released the 13th edition of its annual Digital Media Trends survey which finds nearly half (47 per cent) of U.S. consumers are frustrated by the growing number of subscriptions and services required to watch what they want. With 300 over-the-top options in the U.S., the average American subscribes to three video streaming services, with 43 per cent subscribing to both pay-TV and streaming services. 49 per cent of those surveyed said the sheer amount of content available makes it hard to choose what to watch. The same number said they give up on searching for content if they can’t find it within minutes. Other findings from Deloitte’s study: Originals drive subscriptions with 57 per cent of all current U.S. streaming consumers (71 per cent of millennials) saying they subscribe to streaming video services to access original content; 75 per cent of consumers say they would be more satisfied with pay-TV service if there were fewer ads. The survey also found smart speaker ownership grew 140 per cent year-over-year in 2018, with total penetration soaring from 15 to 36 per cent. The data for the online survey of 2,003 consumers was fielded from Dec. 2018 to Feb. 2019. 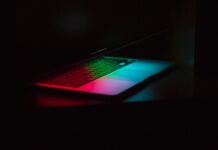 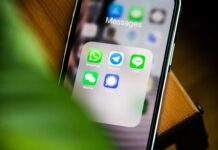