This Saturday, Dick Williams makes his return to 980 CFPL-AM London, 60 years after first joining the station in 1960.

At 81, Williams retains his status as a local radio legend and one of the first DJs in North America to spin The Beatles.

Dick Williams’ Solid Gold Rock and Roll will air Saturdays and Sundays from 11 a.m. – 2 p.m, starting Feb. 27. While CFPL airs a news/talk format as part of the Global News Radio network, the station is introducing the show as a weekend “pick me up” for listeners, featuring music of the 1960s and 70s, as well as a look back to London’s past with news headlines, trends and listener memories, accompanied by Channel 98 jingles – the brand CFPL carried during those decades. 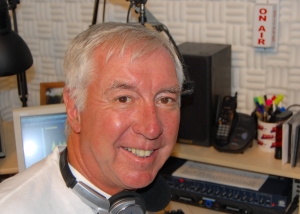 Williams, who earned the nickname “The Tall One”, joined the station in the Summer of 1960 hosting a teenage rock n’ roll show from 6:30 to 9 p.m. A CBC affiliate at the time, he would come back on after the 11 p.m. news with a show called Journey Into Melody.

“I didn’t want to get pigeon-holed as a rock jock and nothing else,” Williams told Broadcast Dialogue, but that’s exactly what happened when the station made a format change in 1967.

In the interim, Williams formed a production company offering pre-produced and customized radio contests to stations across the country, before CFPL hired him back in 1972 as part of the station’s 50th anniversary celebrations. Williams returned to weekends, and took a detour to write for an ad agency, when he got a call from CJBK-AM station owner Rick Richardson to take over afternoon drive.

From there, Williams went on to mornings at CHLO and then middays at Q97.5 – which became EZ Rock (CKQM-FM) – where he did middays for roughly 15 years. He retired about 13 years ago, splitting his time between Port Stanley, ON and Key West, FL. Since then, he’s been running online station Southernmost Radio, featuring hits of the ’70s and ’80s, as a hobby.

The charge to get Williams back on air at CFPL was led by his son, D.J. Williams, whose mother was former Channel 98 music librarian Debbie Dennis.

Now a sales rep with Corus Radio London, D.J. saw an opportunity during weekend middays when often “Best Of’s” were running in between paid programming.

“I just kind of thought, couldn’t we do something a little more exciting? People have been hearing enough over the past year about Trump and COVID and a lot of negative stuff, and we thought what if we could do a show that would make people feel good again?”

After approaching Program Director Trudy Shaw with the concept, who ran it up the ladder to Jeff Storey, who oversees Corus’ Ontario AM stations, Williams went about selling the show. Previously General Sales Manager at KEZW and KRWZ in Denver, CO, prior to moving back to London in 2017, Williams had previous experience financing local weekend programming.

With his dad’s notoriety in London on par with that of Dick Clark or Casey Kasem, it wasn’t a hard sell.

“It was easy, because even before this came to light, people would come up to me and say  ‘how is your dad, is he still voicing commercials?’ Especially business owners and family run multi-generational businesses,” said Williams.

“We had a whole business model in place to make sure we were maximizing use of sales inventory on the weekends as a new revenue development idea,” explained Williams, who was able to secure a title sponsorship with Leavens Volvo Cars London. “We knew right away that this was going to be a success because we had a handful of sponsors come on board right away, many of whom were advertisers that used to be on Dick’s shows back in the day.”

Dick Williams case to return to the London airwaves was also aided by Corus London Revenue Manager Tom Cooke, whom the elder Williams had previously worked with in the 1980s while at Standard Broadcasting.

“Dad had a 42 share with women during his shift, which is unheard of, and Tom tells that story all the time. So, my boss had a very motivated reason to be interested in this because he knew what he was getting. I think they said, we’ve got nothing to lose here.”

Dick Williams said he’s looking forward to his return to CFPL, particularly to connecting with Londoners who’ll be encouraged to send in requests and share memories of the city over the decades.

On returning to the airwaves as an octogenarian, he expects his contemporaries will understand the passion he still has for the medium.

“It’s the energy you draw from being in that moment,” said Williams. “Like any of my contemporaries, they know why I do it. They love it too, but they have more sense and know to leave it alone. I’m looking forward to it and hope it takes off like a moonshot.” 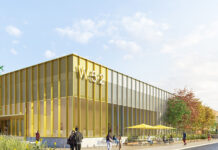