DHX Media has announced that it’s undertaking a company-wide rebrand and will be known as “WildBrain” going forward. Up until now, Wildbrain has been the name of the company’s highly-successful kids’ entertainment YouTube channel which will now take the name “WildBrain Spark.” The rebrand to WildBrain includes a new logo and website, accompanied by the tagline – “Imagination runs wild.” The company will exhibit at the upcoming Brand Licensing Europe and MIPCOM, under the new banner. Shareholders will be asked to approve a special resolution to change the corporate name to WildBrain at its Annual Meeting of Shareholders in December. Following approval, the company also expects to change its ticker on the Toronto Stock Exchange and NASDAQ to “WILD”. Until then, it will continue to report under the DHX Media name. Read more here.

Antigone, Quebec writer-director Sophie Deraspe’s fifth feature film, will represent Canada in the Best International Feature Film (formerly Best Foreign Language Film) category in the upcoming Oscar race in February. Antigone is a family drama following a teenage girl’s quest for justice as she tries to help her brother escape prison and deportation. Set in contemporary Montreal, the loose adaptation of Sophocles’ Greek tragedy reflects on the justice system and the immigrant experience in North America. The film made its world premiere at TIFF where it won the Canada Goose Award for Best Canadian Feature Film. It’s set to start its theatrical run in Quebec on Nov. 6. This year’s selection follows an attempt by Telefilm to issue a revised call for entries in late July over concerns that the strongest Canadian contenders aren’t being forward. Read more here. Sienna Films and Streel Films have announced casting for new CBC original series The Trickster (6×60), which is currently shooting in North Bay, ON. Coming to CBC and CBC Gem in 2020, the drama is described as “Indigenous Gothic” – a coming of age story set against the world of spirits and ancient magic – based on the novel Son of a Trickster by Eden Robinson. It will star newcomer Joel Oulette as an Indigenous teen struggling to keep his dysfunctional family above water, Crystle Lightning as his mother Maggie, and Craig Lauzon as unemployable dad, Phil. Additional cast include Kalani Queypo (Jamestown), Anna Lambe (The Grizzlies), Joel Thomas Hynes (Little Dog), Gail Maurice (Cardinal) and Georgina Lightning (Blackstone). APTN will broadcast a ceremony Sept. 30, in partnership with the National Centre for Truth and Reconciliation (NCTR), honouring and remembering the Indigenous children who died in residential schools. As part of work being done to implement the TRC Call to Action 72, the NCTR has been researching and documenting the names of Indigenous children who never made it home. The ceremony will mark the first time their names are made public in the National Student Memorial Register. Featuring Indigenous artists and leaders, the one-hour broadcast will include performances by Jeremy Dutcher, PIQSIQ and Red Sky Performance. Taking place at the Canadian Museum of History in Gatineau, the Honouring National Day for Truth and Reconciliation Commemorative Broadcast will air at 8 p.m. ET on APTN. It will be available on aptn.ca and APTN lumi at a later date. The 2019 Canadian Country Music Association (CCMA) Awards drew a significantly higher year-over-year audience, according to Numeris data provided by Global. The Sept. 8 broadcast saw viewership increase to 19% for Ind. 2+, 15% for adults 25-54, and 53% amongst females 25-54. The show was also simulcast live on Corus Radio stations Country 105 Calgary, CISN Country 103.9 Edmonton, and Country 104 London/Woodstock. The Calgary broadcast ranked #1 with adults 18+ and 25-54. The Awards show was co-hosted by Dallas Smith and Billy Ray Cyrus, with performances from Tenille Townes, Lindsay Ell and The Reklaws. The CCMA Awards return to Hamilton in 2020. marblemedia has been commissioned by Blue Ant Media and CBC to produce new fine arts competition show, Landscape Artist of the Year Canada. Set to air on the Makeful channel in early 2020, filming began Sept. 20. The new series will see professional and amateur Canadian artists vie for the title of Landscape Artist of the Year. Each episode features a different landscape painting challenge with blank canvas to finished work captured via time-lapse segments. The four-episode, 60 minute series is based on the original British series, created by Storyvault Films, and distributed by Banijay Rights on Sky Arts in the UK. Matt Hornburg, executive producer for marblemedia and Sam Linton, head of original content for Blue Ant will produce the series, with showrunner Carly Spencer (The Bachelor Canada, Hockey Wives). The CRTC has approved two Chinese-language channels for addition to the authorized non-Canadian programming services list. Zhejiang International Channel and Great Wall Elite are both described as general interest, 24-hour services. Based in China, they both broadcast 100% in the Mandarin-language.

CTV News anchors, foreign correspondents, news directors, and senior managers – past and present – recently held their annual September gathering in Muskoka. Held now for more than two decades, “CTV News Old Boys” as they’ve dubbed themselves, come from across the country. This year’s attendees included Jeff Hutchison (Canada AM), who came from PEI; Roger Smith (Parliament Hill) who traveled from Ottawa; Tom Kennedy (London correspondent) from Newfoundland; Dan Matheson (Canada AM and CTV News Channel) from Toronto; Mark Sikstrom (Washington and founder of CTVNews.ca) who traveled from Calgary; and Paul Rogers (former CFTO News Director) from Port Sandfield, among others. 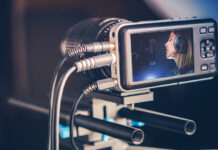 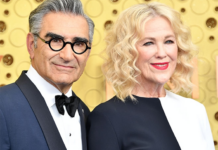