Legendary broadcaster David Suzuki has announced he’ll retire from CBC’s The Nature of Things next spring after 43 years as host of the longest-running television science program.

Suzuki, 86, announced his pending retirement Sunday night during an interview with Ian Hanomansing on The National.

“I have been fortunate to have been endowed with good health which has enabled me to remain the host of the series long after my ‘best before date’,” said Suzuki. “Aging is a natural biological process that creates opportunity for fresher, more imaginative input from younger people and for years, I have warned that to ensure the continuation of The Nature of Things, we must prepare for the transition when I leave. That moment is now.”

“I am so grateful to Canadians who have kept us on air and to the CBC for sticking with me,” he added. “The Nature of Things is a unique series that stems from an ecocentric rather than anthropocentric perspective, a critical understanding of how we got into the mess we are in and how to move out of it.” 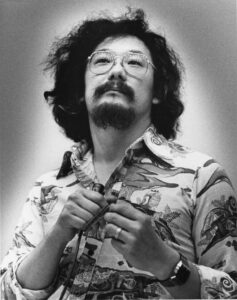 A professor and geneticist prior to joining the public broadcaster, Suzuki had a desire to connect television audiences with a better understanding of science. He began his television career in 1970 with weekly children’s show Suzuki on Science, going on to host Quirks & Quarks on CBC Radio and half-hour television series, Science Magazine from 1975-79. The Nature of Things premiered on CBC in October 1979. The show’s 62nd season will debut Jan. 6, 2023, with Suzuki’s final episode set to air in the spring. CBC says new hosting plans for the series will be confirmed in the coming weeks.

“David has made science more accessible to countless viewers in Canada and around the world, finding new ways to demystify our complex world and illustrate how the future of humanity and the natural world cannot be separated — long before climate change became a hot topic,” said Barbara Williams, Executive Vice President, CBC, in a release. “We thank David for challenging and inspiring so many of us to look at ourselves and our planet in new ways, and look forward to celebrating his indelible legacy and final season next year.”

Suzuki previously retired from the University of British Columbia (UBC) in 2001 where he was a professor in the genetics department, starting in 1963. In 1990, he founded the David Suzuki Foundation, dedicated to evidence-based climate action and environmental sustainability.