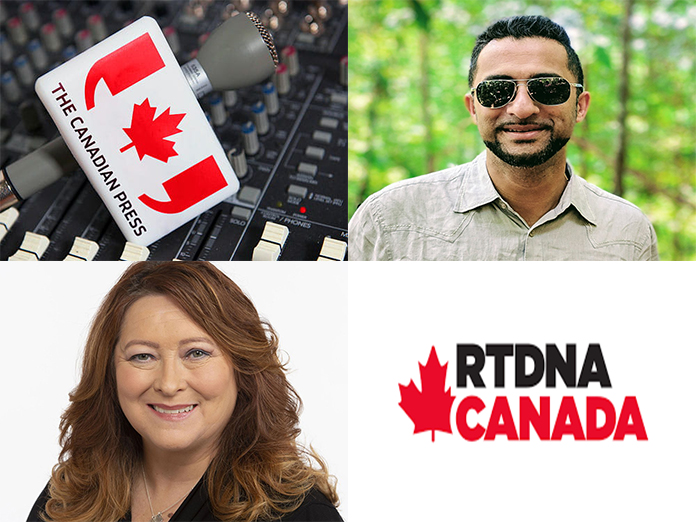 The Canadian Press is the 2022 recipient of RTDNA Canada’s President’s Award, the highest honour bestowed by the association to acknowledge individuals and organizations who have brought recognition and distinction to electronic and digital journalism in Canada.

Praveen Gupta is receiving the Bill Hutton Award of Excellence, named for RTDNA Canada’s first president and given to individuals or organizations who have shown a true commitment to RTDNA and the betterment of journalism in Canada.

“Praveen Gupta has been an ardent supporter of RTDNA and Canadian media production for more than five years starting when he managed the Canadian broadcast market for Dejero.com. Dejero and other battery powered cellular/satellite blending solutions have been an absolute game changer to live news and sports production for years,” said RTDNA Canada President Fiona Conway, in a release. “Praveen has been and continues to be a trailblazer in his field.”

Praveen has been a hands-on supporter of RTDNA events for years, working with organizers and students to make live streams happen via easylive.io. His latest project letsgogaming.ca, in collaboration with F2 Technologies, is an esports company dedicated to creating an eSports Canadian House League of eSports. Let’s Go Gaming strives to create a network of original eSports content for kids aged 8 -18 as a new form of live sports broadcasting.

Karen Mitchell is being recognized with RTDNA Canada’s Distinguished Service Award, honouring a member who has played a major role in the continuing success of RTDNA Canada. Mitchell has been with CTV Winnipeg since 2000, working her way up from reporter/weekend producer to Managing Editor. She was promoted to News Director in 2008. She has served as Prairie Regional Chair, Awards Co-Chair, Awards Chair, and is currently Sponsorship Co-Chair with RTDNA Canada.

Mitchell, Gupta and The Canadian Press will be recognized at RTDNA Canada’s Gala Awards Dinner on June 11 in Toronto.