CRTC chair Jean Pierre Blais has told a heritage committee studying the future of local media that TV stations have a responsibility to produce local news, even if it hurts their bottom line. Blais told the committee on Oct. 20 that a “disturbing number of television stations” have cut staff, centralized operations and slashed newscast lengths. He also said digital platforms, while they do offer an alternative source of news coverage, they do not have the funding and expertise in news gathering the professional TV outlets have. “We do not believe that local television news can be allowed to fall by the wayside simply because it doesn’t look good on the balance sheet,” Blais said.

CRTC employees have been recognized for the regulator’s Let’s Talk TV: A Conversation with Canadians policy review. The eight employees received a Government of Canada Public Service Award of Excellence during a ceremony in Ottawa on Oct. 20. Their efforts resulted in 13,000 Canadians consulted using social media, flash conferences, an interactive questionnaire and online discussion forums. The initiative was one of the CRTC’s most comprehensive and complex public consultations and broadcasting policy reviews to date.

CraveTV and SHOWTIME have reached a deal that will place new and returning programming on the streaming service, starting Nov. 20. AMC now has a streaming service for fans of horror films. On Oct. 19, Shudder was launched in Canada promising both old and new horror selections with a focus on hard-to-find titles. Shudder streams in-browser, on Apple and Google Android mobile devices, as well as the Roku set-top box.

Vintage TV is now on the air in Canada after six years of success in the UK. Available on Shaw cable, the music channel has hired broadcaster, interviewer and consultant Alan Cross as their Creative Director. The Canadian version will have access to more than 500 hours of original content produced by Vintage TV in the UK, but will also create their own original programming featuring Canadian artists. Air Canada signed a licensing deal to offer the channel as in-flight entertainment.

Corus Entertainment is launching the Cooking Channel. Available Dec. 12, it is based on the U.S. version and is from the creators of Food Network. Corus promises the channel will feature “global cuisines to international travel, to food history and unconventional how-to’s.” The Macdonald-Laurier Institute, an Ottawa based pro-market think tank has released a report calling for a massive overhaul of the CRTC including the elimination of CanCon rules. Published on Oct. 20, the report said the regulator’s decisions have become inconsistent, heavy-handed and counterproductive in a digital world. It suggests limiting what the CRTC can do in the marketplace as well as combining the radiocommunication, broadcasting and telecommunications acts. It also called for the end to Canadian content requirements for all broadcasters except the CBC/Radio Canada. 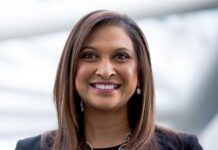