Corus Entertainment’s Country 105 (CKRY-FM) Calgary is the lone Canadian nominee for Radio Station of the Year – Large Market at the upcoming 55th Academy of Country Music Awards. Country 105’s Robyn & Roger in the Morning are also nominated for On-Air Personality of the Year – Large Market. Winners will be announced in Las Vegas on Apr. 4 with the ACM Awards telecast to air live on Apr. 5. Find the full list of nominees here. 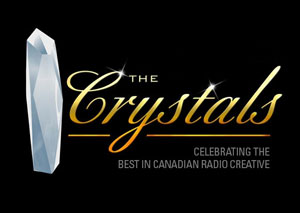 The Crystals Awards, which annually celebrated the best of radio creative in Canada, won’t be returning in 2020. The event has been sponsored by Bell Media Radio Sales, Canadian Broadcast Sales and Target Broadcast Sales for the last decade. Without offering a reason, the awards committee says the event won’t be going ahead this year. The CRTC has denied a technical application that would have seen Dufferin Communication’s Proud FM (CIRR-FM) and Z103.5 (CIDC-FM) Toronto stations flip frequencies to boost Proud’s signal in Toronto and the other station re-focus on serving Orangeville. The applications resulted in a joint intervention from Corus Entertainment, Bell and Rogers Media, in addition to opposition from CKMO-FM, Brock University Student Radio, the National Campus and Community Radio Association (NCRA), and Bayshore Broadcasting. The CRTC ultimately concluded the proposed changes would undermine the integrity of the commission’s original licensing process for each station. 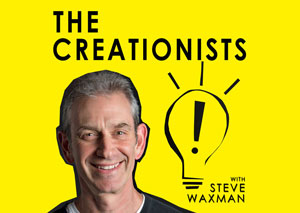 Steve Waxman, music industry veteran and longtime VP of National Publicity for Warner Music Canada, has launched The Creationists, a podcast featuring interviews with different creators talking about their process. The premiere episode features Blue Rodeo’s Jim Cuddy on songwriting and the story behind the hit “5 Days In May.” The Creationists is available everywhere podcasts are found. Forbes has published a list of top earning podcasters with Joe Rogan leading the pack at a cool $30 million. Karen Kilgariff and Georgia Hardstark, the hosts of My Favorite Murder, are in second place at $15 million, while veteran Nashville jock Dave Ramsey, who has founded the Ramsey Podcast Network, comes in third at $10 million. Dax Sheppard earned $9 million from the Armchair Expert, while former ESPN commentator Bill Simmons rounds out the list in fifth place and $7 million in earnings. Forbes’ estimates reflect pretax earnings in the period from Jan. 1, 2019 to Jan. 1, 2020, and are based on data from Apple, Stitcher, Magellan AI, Edison and Pollstar, and interviews with industry insiders. Spotify now has 124 million paid subscribers, according to its Q4 2019 financial report – up 29% compared to Q4 2018. The report also indicates 44.8 million of Spotify’s 271 million total users worldwide now listen to Spotify podcasts, with a year-over-year increase of 200% in podcast listening hours. Spotify indicated that podcast listening is helping convert free-to-paid users on the platform, however just 1% of the streamer’s revenues can be attributed to podcasting.