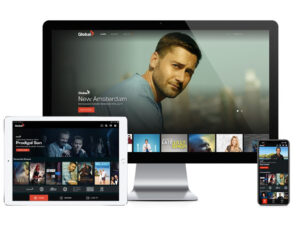 Corus Entertainment has unveiled its new Global TV App, billed as an “all-in-one streaming experience.” The app is being offered to users in two tiers: a free tier that will allow anyone access to Global News’ local and national news feeds, in addition to a limited selection of series from Global primetime, Food Network Canada and HGTV Canada; and a cable subscriber tier that will allow viewers to sign in with their provider credentials and feature both full seasons and live streams from the aforementioned networks, in addition to any Corus specialty networks included in their cable package like W Network, HISTORY, Showcase, and Slice. Corus says National Geographic and Adult Swim will also join the app’s list of offerings shortly. Read more here. 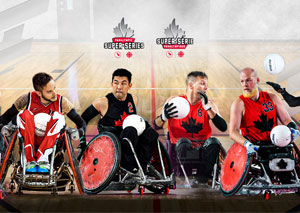 CBC/Radio-Canada will host live streaming coverage of the Canadian wheelchair rugby team’s quest to qualify for the Tokyo 2020 Paralympic Games, Mar. 4-8, as part of the Paralympic Super Series. Taking place at the Richmond Oval in Richmond, BC, seven teams are competing in the last chance qualifier with the top two finishers earning their ticket to Tokyo. Viewers will be able to follow the action on CBC Gem, cbcsports.ca, the CBC Sports app, and CPC Facebook page, as well as the Radio-Canada Sports app and radio-canada.ca/sports. Paralympian Benoît Huot will be in Richmond as the CPC’s onsite reporter, to provide additional content including interviews with athletes. DAZN has announced its expansion into more than 200 countries and territories. To date, the sports streaming service has debuted in Austria, Brazil, Canada, Germany, Italy, Japan, Spain, Switzerland and the U.S. The DAZN app will be made available globally on most internet-connected devices, in addition to smart TVs, streaming sticks and game consoles, with pricing by market to be announced in the coming weeks. DAZN says its first global event will be Mexican fighter Canelo Alvarez’s soon-to-be-announced bout during Cinco de Mayo Weekend, May 2, as part of an initial English-language expansion focused on boxing. Fighters like Alvarez and Gennadiy “GGG” Golovkin will be part of a year-round portfolio of premium fights and original programming on the new service.

Media Central Corporation has announced it’s closed its acquisition of Vancouver Free Press Corp., which owns and operates Vancouver alt weekly the Georgia Straight. The Straight is now the third brand under the MediaCentral banner of print and digital media properties. The company acquired Toronto’s NOW Magazine and nowtoronto.com in Nov. 2019, following the launch of its own cannabis digital platform CannCentral.com.

Media Central Corporation has also announced that NOW magazine has entered into a contract with Gateway Direct Media to distribute 15,000 copies of its weekly print editions at 75 Gateway locations at TTC and GO Transit terminals. The first issues will be available to public transit commuters Mar. 12. As part of its return to the TTC, NOW will be increasing public transportation news, including a weekly public transit column written by Steve Munro every Monday morning online at nowtoronto.com.