The Competition Bureau has formally issued notice it will seek to block Rogers proposed $26 billion acquisition of Shaw, as announced by the companies late Friday.

The Bureau challenged the merger Monday by requesting an order from the Competition Tribunal to prevent it from proceeding and is also requesting an injunction to stop the parties from closing the deal until its application can be heard.

“The Competition Bureau conducted a rigorous investigation of the proposed Rogers-Shaw merger and concluded that it would substantially prevent or lessen competition in wireless services,” said Matthew Boswell, Commissioner of Competition. “Eliminating Shaw would remove a strong, independent competitor in Canada’s wireless market – one that has driven down prices, made data more accessible, and offered innovative services to its customers. We are taking action to block this merger to preserve competition and choice for an essential service that Canadians expect to be affordable and high quality.”

The Bureau alleges that removing a strong regional competitor like Shaw will likely result in “significantly higher” wireless prices and threatens to undo progress it has made introducing more competition into an already concentrated wireless market, where “the Big 3” – Rogers, Bell and TELUS – serve about 87% of Canadian subscribers. 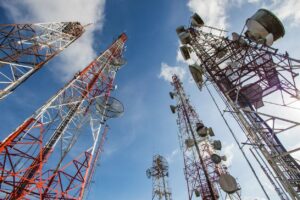 “Following an extensive investigation, the Bureau determined that competition between Rogers and Shaw has already declined,” the regulator stated. “The Bureau’s position is that if the proposed merger is allowed to proceed, that harm will continue and may worsen. The applications filed seek to safeguard an effective, growing and disruptive regional competitor for the benefit of consumers.”

In addition to eliminating an established, lower-priced competitor, the Bureau’s application alleges that the merger would curtail future wireless competition within and outside Shaw’s existing service area and for business customers in Ontario, Alberta and B.C.

The Bureau contends that Shaw, the fourth largest wireless services provider with over 2 million customers in those provinces, is Rogers’ closest competitor and has challenged the Big 3 by improving the quality of its network and attracting customers through aggressive pricing, bigger data allowances and service innovations. Data obtained during the investigation showed the number of Shaw wireless subscribers has increased by 101%, compared to a 9% increase over the same period for the Big 3.

The Bureau says Shaw was the first Canadian provider to eliminate data overage fees, the first to offer devices for free on term contracts, and the first and only provider to offer $0 phone plans with internet bundles.

“Since entering the wireless market in 2016, the Bureau’s investigation found that Shaw has driven down prices and made wireless data more accessible to consumers who pay some of the highest prices for wireless services in the developed world,” it stated. “As a result, Shaw’s wireless subscriber base has doubled and data prices have decreased where they had previously increased year-over-year.”

The Bureau’s investigation also found that prior to the merger announcement, Shaw planned to enter new wireless markets, launch its 5G network, and expand its wireless services to businesses. Since then, investment in its network has declined and marketing and promotional activity reduced, already resulting in an overall loss of competition in the market.

Rogers and Shaw say they’ll oppose the Bureau’s application and have agreed to extend the outside date of the transaction to July 31, 2022. The two companies also still require approval from the Ministry of Innovation, Science and Economic Development (ISED).