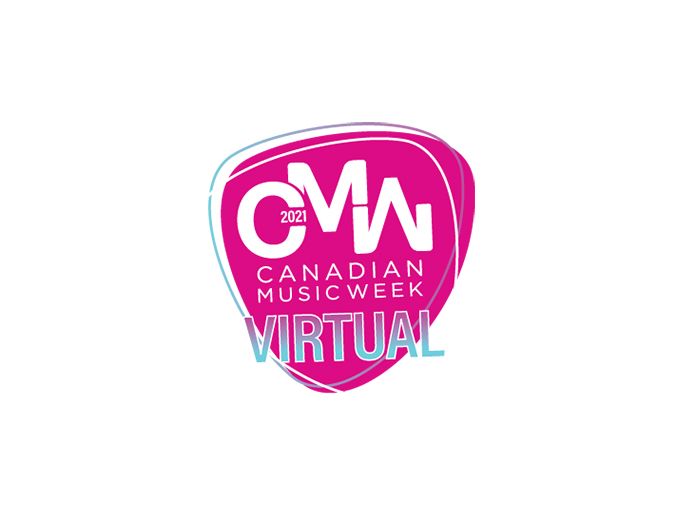 As Neill Dixon gets set to stage the 38th Canadian Music Week (CMW) starting today, he’s finding the upside of taking the event fully virtual for the first time.

With last year’s festival and industry conference cancelled not once, but twice as event organizers optimistically rescheduled during the first wave of the pandemic, CMW makes its return online with an ambitious four days featuring roughly 250 speakers and 350 bands.

“It’s certainly comparable in size to the real thing,” Dixon, President of CMW, told Broadcast Dialogue, noting that’s despite the absence of the Radio Interactive conference, which usually runs concurrent to the music industry event.

“When we were trying to put this year together, basically the [radio] industry said ‘this is such a disaster year, there’s probably not a lot to celebrate,'” explained Dixon, who after consultation agreed to shelve the conference temporarily.

This year’s Canadian Music and Broadcast Industry Awards will go ahead with a tribute to 2021 honouree Terry DiMonte, as well as 2020 recipients Erin Davis and the late Nevin Grant. Buffy Sainte-Marie will also be presented with the Allan Slaight Humanitarian Spirit Award.

Dixon admits there were challenges staging a virtual event of this scale, including having to adapt to heightened COVID-19 protocols in Ontario.

“A lot of the recording that would have been done, couldn’t be done. We managed to get most of it done before, but there’s a lot of workaround we had to do,” explained Dixon. “TV studios and film studios are allowed to open, so that’s where we ended up. The club thing where we started had to go. We’re not complaining, we’re just used to now doing pivots – pirouettes almost – because we’re spinning around trying to get things done.”

Dixon said a number of bands recorded in their home provinces, including those participating in this year’s Jim Beam Virtual National Talent Search, which ordinarily sees CMW work with radio stations to find the best local talent and host play downs in local clubs. The pandemic forced that talent into recording studios, which Dixon said actually allows those bands to walk away with additional promotion tools.

“The nice part about that is, we’ve managed to put 58 bands on video, so they get the sound recording, multi-track, and video for their own use. So, as part of that contest they walk away with some valuable assets they can use to promote their own career. That’s been gratifying,” said Dixon.

The music industry veteran said going virtual has also allowed some speakers that ordinarily wouldn’t have been as accessible to participate, from as far away as India.

“It’s easy for them to take part because they don’t have to fly 18 hours to get to Canada and stay for four or five days. There is a silver lining in it,” said Dixon, adding that there’s a lot of enthusiasm and positivity around this year’s event.

“Musicians have been busy at home, writing and recording, and the sort of camaraderie and collaboration between them all has been pretty amazing. I know they are all anxious to get out on stage. They’re kind of resilient as well. They’re not like the rest of us, if you will,” said Dixon, who muses that this may be one of the best festivals CMW has staged, particularly from an exposure point of view.

“The 350 bands that you would have seen in 30 different clubs in Toronto during the week…you know what it’s like when you go out, you have dinner, you miss the first act, you see another band at another club…with the virtual event, you can club hop to your heart’s content because you won’t miss an act. They are scheduled, but they’re also on demand and they’ll be up for at least six months. It’s a fantastic resource for these emerging artists and those looking for more info on artists besides their showcase appearance. They have a billboard on our site to the world. It’s an amazing opportunity for this kind of residual stuff to happen,” said Dixon, who acknowledges some facets of the virtual event are likely here to stay.

“If there’s some break out bands people are jumping up and down about, you’ll be able to reference them a week later or six months down the road. It’s good for international business and international buyers to discover Canadian talent and it’s the hidden lining, if you will.”