The Canada Media Fund (CMF) has released its 11th annual Key Trends Report, exploring how the screen-based industries might evolve in the coming years, including where advertising, viewer habits, and media technology are headed.

Among the study’s key data points are that screen content consumption remained stable between the third quarter of 2021 and Q3 2022, even as Canadians were emerging from pandemic routines and returning to more normal life and travel. 84% of anglophones and 81% of francophones watched live TV via a linear channel in the last month (Q3 2022) with TV sets remaining the primary device to watch television content for 78% of anglophones and 88% of francophones (up from Q3 2021). 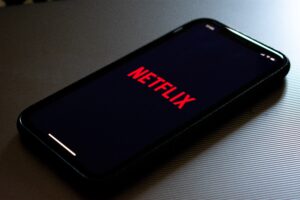 Among other predictions, CMF’s research points to the increased share of ad revenue that platforms like TikTok are attracting. According to an OMDIA study, TikTok will attract more than two-thirds of online video advertising revenue by 2027 (37% of all online video ads), more than Meta and YouTube combined, which will each capture just 12%. The report cites PARQOR founder Andrew A. Rosen’s suggestion that social platforms like YouTube and TikTok, and not big streaming players like Netflix and Disney, could redefine the economic model of on-demand personalized streaming.

With the streaming video-on-demand (VOD) market yet to reach maturity, CMF says opportunities remain for both the industry — in the form of unconquered audiences — and consumers who now have access to a growing number of platforms. Data provided indicates that of the 5 billion people connected to the internet, just 1.5 billion subscribe to a VOD service. The report also points to research on the potential for growth in key regions like India where VOD subscriptions are expected to triple by 2026 to 155 million. The growth of ad-supported services like FAST (free, ad-supported streaming TV) channels also present opportunity.

The CMF report says the explosion of artificial intelligence-based synthetic media creation tools like Midjourney, Dall-E, Lexica, and ChatGPT have the ability to accelerate the digital creator economy as deep learning algorithms are increasingly applied to creative tasks. The report says that will have two main effects – lowering the barrier of entry for most creators and, secondly, making professionals better and more efficient at what they do.

The report says the exact socio-economic consequences of creative AI are difficult to predict. While the World Economic Forum estimates that up to a third of all jobs will be automated in the next decade, the CMF report says others will be created. It also notes other challenges AI models present around deepfakes, copyright and authorship.

Among other viewing trends, the report explores the effect of social and political impacts on the screen-based industries. According to CMF data, authenticity, transparency, fairness, inclusion, diversity, and sustainability are increasingly important values for audiences — especially Gen Z viewers — and for creators, as well as representation in front of and behind the camera. 40% of consumers say that companies taking a strong public stance on social issues is important to them and influences purchase decisions.

“The CMF is proud to publish this annual resource for the industry. Over the past few years, demand for screen content has grown exponentially, and advancements in technology and distribution have provided opportunities for creators,” said Richard Koo, Vice-President of Analytics & Strategic Insight, CMF, in a release. “New voices are emerging and thriving in ways we’ve never witnessed before, and the power to decide what gets produced is moving away from traditional gatekeepers to a more democratized and representative body of decision makers — consumers themselves.”