The Edmonton broadcast community is mourning the passing of former 630 CHED personality and CISN-FM founder Bob McCord. McCord died Monday at his home in California. He was 82.

McCord got his start in radio at CKLC Kingston in the early 1960s. Stints at WIFE Indianapolis, Indiana and WONE Dayton, Ohio doing the 8 p.m. – midnight show followed before he landed at 630 CHED in the summer of 1965. He left CHED in early 1966 to work at KLIF Dallas before returning to Edmonton later that same year to take over the afternoon show.

He remained with the station until 1978 when he attempted to obtain a licence for a new rock station in the city. His application was denied, but he found success a few years later, in 1981, when he was awarded a licence for a contemporary country station. 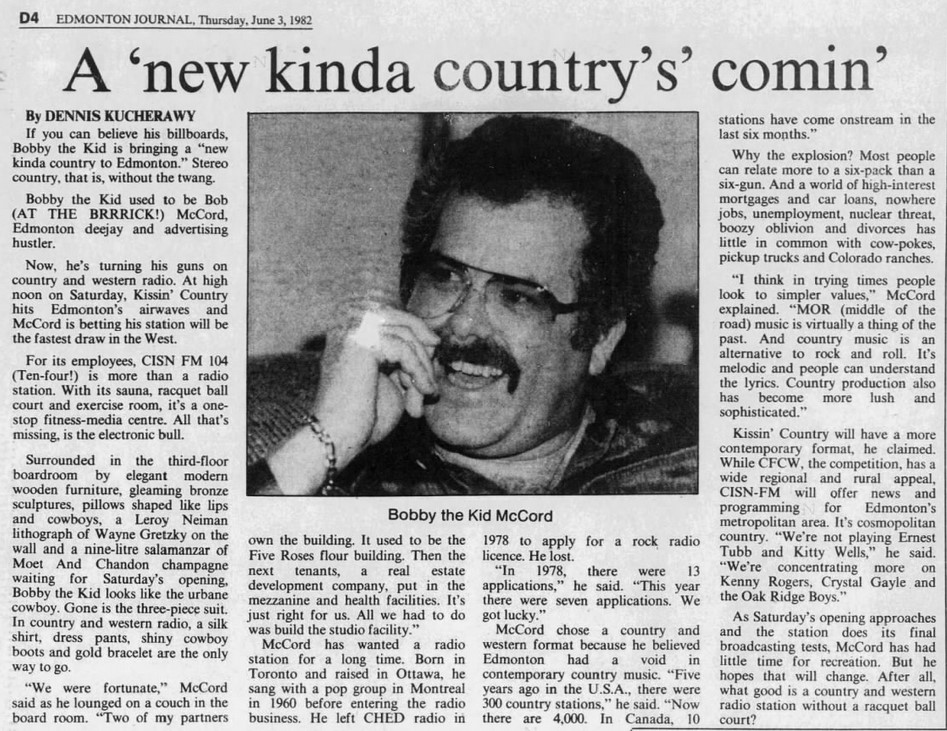 McCord was also the producer of one of the longest-running and most iconic traditions in Edmonton radio history, the late Jerry Forbes reading of “And A Creature Was Stirring…”

“Many of you will know the name Bob McCord,” wrote longtime 630 CHED personality and former colleague Bruce Bowie, in a post to the station’s Facebook page. “He entertained the masses for many years here, and was one of the best, if not the best disc-jockey we had on 630 CHED back in our music years. He went on to become my mentor.”

McCord had long been retired to Laguna Beach, California where he moved after retiring from radio in 1988, concurrent with the sale of CISN-FM to Shaw.