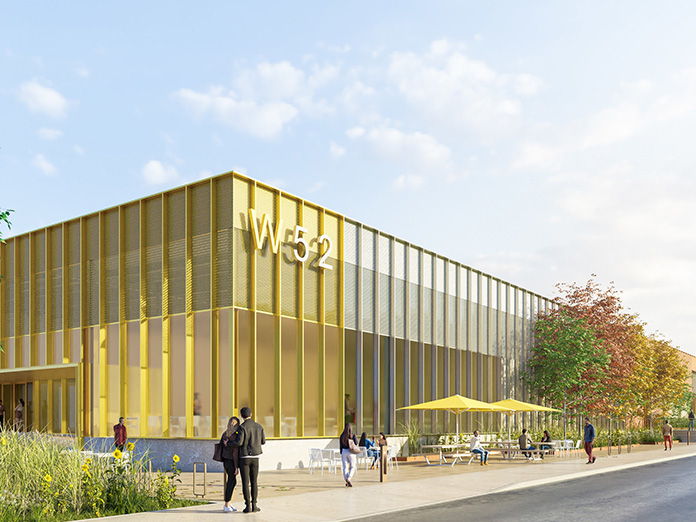 Cinespace Studios has entered into a 30-year lease with PortsToronto that will see Marine Terminal 52 developed into a studio facility.

Cinespace previously renovated Marine Terminal 51 four years ago, which has since become a Canadian hub for Netflix productions.

Marine Terminal 52 re-development will involve conversion of the 130,000-sq. ft. warehouse facility into three production stages and support spaces in line with the City of Toronto’s “Strategic Action Plan for the Film, Television and Digital Media Industry.”

The lease is the culmination of a process that began with a public Request for Expressions of Interest (RFEOI) process completed in 2020, and a subsequent Request for Proposal (RFP) process conducted in 2020/21.

The studio says the new development will create more than 300 new jobs onsite.

“We are proud to continue our investment in Toronto that started over 30 years ago. It’s a privilege to partner with PortsToronto again and to be selected to develop Terminal 52 into a second facility that will meet the increased demand for production infrastructure. The Marine Terminal Studio Hub is an integral part of the Port Lands’ revitalization and its future as a creative center for the city and the province,” said Ashley Rice, President and Co-Managing Partner, Cinespace Studios, in a release.

“Ontario is open for business and with the ongoing commitment of key players like Cinespace Studios, our economy will continue to grow,” added Ontario Premier Doug Ford. “Last year, Ontario saw $2.88 billion spent on production here in the province which was the highest amount in our history. Going forward, we remain fully committed to growing the industry and creating the conditions for thousands more production jobs to be filled by Ontario’s skilled workers.”