Terry O’Reilly, in his keynote presentation to this month’s Association Of Broadcasters conference in Banff said perceptions can be changed. It’s not an insurmountable problem. All that’s needed are insight, leverage and intestinal fortitude.

The advertising industry has been studying how to change perceptions for well over 100 years. The perception customers have of your products and services is critically important. A positive perception creates good will that can be banked and used in tough times. It makes price issues less important. They will listen to your messages. That’s why you have to be sure your brand is unique, clear and compelling. If it’s not, it fogs up your messaging.

People treat perceptions like possessions. They don’t want to give them up. But the advertising industry made a profound discovery about changing minds back in the 1950s when the Leo Burnett agency, hired by Phillip Morris, changed people’s minds about Marlboro cigarettes, moving the brand from being a lady’s cigarette to a man’s smoke.

That went down as one of the riskiest decisions ever made in the advertising world, a seemingly impossible rewiring situation.

Burnett went to research and focus groups, rounding up dedicated smokers, blindfolding them, and giving them a succession of cigarettes to smoke. They were asked to put their hands up when smoking their brand. Nobody found their brand, the cigarette they loved the most.

Ditto with a Molson’s focus group. These Molson drinkers were asked what they thought about their brands. Labatt was brought up and they said Labatt was crap, that Molson was the only beer worth drinking. They’d go on and on because they were such big Molson brand drinkers. Then, after bringing in a tray of nonlabelled beers, they couldn’t find Molson’s.
Why the disconnect in the Marlboro and Molson’s focus groups? Because in many categories we drink the label and we smoke the advertising. The image of the brand hinges on the perception of the product, and not the actual product qualities.

With the success of the Marlboro brand shift, from a lipstickcoloured filter tip to a macho cowboy’s choice, advertisers realized that a brand was an idea that people held in their minds; a perception. And because it was a perception it could be influenced. It all begins, said O’Reilly, with doing some smart research to understand the root of the problem and what available solutions there might be.

In 1980, New York City was broke, there was a garbage strike that summer, there was record-breaking crime. You wouldn’t walk down Times Square in the daytime. The city was struggling.

Tourism was at an all-time low. New York was desperate to rebrand itself.

To begin, research. They gathered potential tourists from around the country in various rooms around the country so they could ask questions. The first was “Would you consider taking a vacation in New York this year?” The focus groups unanimously, said “absolutely not”. So then they were asked about other aspects of New York, the restaurants, the fashion, shopping, the hotels, the historical sites, how safe they felt, how expensive it was. All prompted negative responses. And then they were asked about Broadway. The focus groups were completely positive about Broadway, they loved Broadway, they loved Broadway shows.

With that research, the city realized their greatest area of opportunity, and it was this: It’s pretty hard to visit Broadway without visiting New York. So they built a campaign around that insight. The television commercials had all the casts from the most popular Broadway shows in 1980, all singing “I love New York”.

Research showed the city that it could leverage Broadway is a way to entice people back to New York. I love New York became a theme built around the one thing research kept pointing to all along, the love of Broadway.

New York had asked dozens of questions of those focus groups before they realized that Broadway could be used to save the city. The phrase “I Love New York” was not just an external battle cry. It became an internal rallying cry because the people of New York bought into it. When the external thing started to work and people inside the city started to feel better about themselves, the whole thing came together.

Ray-Ban wasn’t convinced that radio was the place to advertise sunglasses. It thought a fashion item had to be seen, but they didn’t have enough of a budget to do television and big-time print. O’Reilly felt that you can sell fashion on radio and that RayBan’s perception was wrong because people never, ever, buy the product. They buy the benefit. In other words, people will get 3/4″ drill bits to get what they really want: 3/4″ holes. Advertising professionals sell the benefit and the benefit of almost anything in life is a human emotion, and emotion always works on radio.

O’Reilly wrote a campaign based on Ray-Ban’s research. Once he began going through it he found stories involving famous people who wore Ray-Bans over time. Test pilot Chuck Yeager wore RayBans because, as planes got faster and were able to climb higher and higher, he couldn’t see his instrument panel. The glaring sunlight was too much. Ray-Ban created aviator sunglasses for him. And that great classic image of James Dean leaning against a brick wall with his Ray-Bans on. And iconic actress Marilyn Monroe was famous for wearing Ray-Bans when she went out in public. O’Reilly’s campaign captured the emotion of those stories and created the benefits.

Ray-Ban loved it. It was successful because the stories connected with people. They made people feel something about RayBan. It wasn’t just empty fashion advertising. “The insight there beyond the history of great people wearing them, I think, was the fact that sunglasses just don’t shield you from the sun, they transform you when you put them on,” said O’Reilly.
Have you ever put on your sunglasses and caught your reflection in the glass as you walk down the street? You like it, and that’s what those spots were about . . . how you can transform yourself with just great sunglasses, with Ray-Ban, that classic legendary product.

When you uncover an insight or a leverage point it’s magical. It’s like finding rocket fuel. Sometimes finding that insight is like looking for a needle in a haystack of needles. When you are doing research to figure out a problem, you have to be neutral. You have to let the research reveal itself. Do not impress your biases against it; do not stick-handle the results. Let the research reveal itself.

The best marketers are the best listeners. And better questions result in better answers.

Changing the perception, getting someone to change their mind about you, your company, your industry is difficult, delicate. You need absolute consistency once you have determined the direction and you need patience because changing the perception is not an event, it’s a process. It takes time. It also takes fortitude because when you decide to turn your bus around you get a lot of pushback, you get pushback from your clients, from the industry, from your own people because no one likes that kind of change. But if you want people to think about you in new ways you have to communicate to them in new ways.

If advertisers think radio is old school or that television isn’t as powerful as it used to be and that digital is more powerful, you’ve got to change that perception. Because that’s not the truth. Radio, said O’Reilly, is simply the most creative medium there is. Television is simply the most powerful medium in the business. Digital brings a lot of wonderful things to the world but doesn’t diminish radio or television.

Get Broadcast Dialogue in your inbox every week. 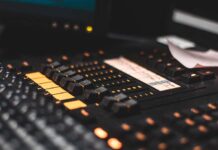