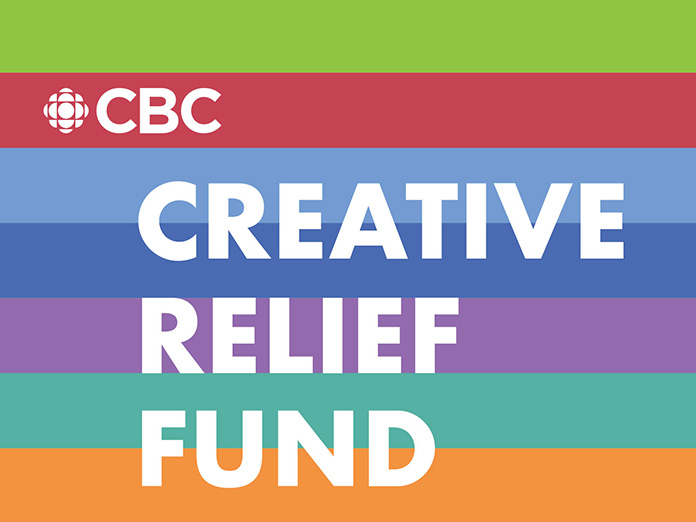 Launched in response to the COVID-19 pandemic, the fund is aimed at providing immediate development and production funding to original Canadian projects, including scripted comedies and dramas, unscripted entertainment, kids and young adult programming, podcasts, play adaptations and short documentaries.

Barbara Williams, Executive Vice-President, CBC, said the public broadcaster was overwhelmed by the response, receiving close to 9,000 submissions. 99 projects have been selected for development funding and 20 for production funding, including 51 projects (43%) from storytellers who self-identify as Black, Indigenous, or from other visible minority groups.

Among the projects selected under the fund’s Innovation Stream (82 selected for development, five selected for production), are:

THIS SOUNDS SERIOUS, Kelly&Kelly (Vancouver): A TV adaptation of the true-crime comedy podcast, that follows the investigations of intrepid documentarian Gwen Radford as she uncovers the unbelievable crimes behind the most bizarre and captivating 9-1-1 calls you’ll ever hear.

FREE DELIVERY (development), Sean De Vries (Vancouver): A spontaneous, fast-paced game show where unsuspecting homeowners open their doors to accept a package only to discover they can win big…if they can answer trivia and master the challenges.

WHO DO YOU THINK I AM? (WDYTIA) (production), Jonathan Torrens, Sylvia Beirnes, Jeni Besworth (Belmont, NS): Madison Tevlin, who has down syndrome, connects with other misinterpreted and misperceived people through one-on-one chats with extraordinary people misrepresented by their exterior.

Six podcasts were also selected for development under the Innovation Stream, including:

ANNIVERSTORY, created by Giller-nominated writer Katrina Onstad (Stay Where I Can See You), Antica Productions (Toronto): A relationship dramedy that drops in on the private life of one couple from their first significant anniversary to their tenth—one scene per year, per episode.

CREEPY, from Peter Lynch, director of Project Grizzly, with Elizabeth Yake and Nick McKinney (Toronto): A true crime series about the most famous criminal you’ve never heard of: born in Montreal in 1909, Alvin “Creepy” Karpis, a criminal mastermind of the Barker-Karpis Gang and the longest standing FBI Public Enemy #1.

SHE DOESN’T SPEAK: WHAT HAPPENED TO MAA’TAI’POYI?, Elle-Máijá Tailfeathers (The Body Remembers When the World Broke Open), (Vancouver): In Blackfoot, the name Maa’tai’poyi means “she doesn’t speak.” A moving personal journey, hosted by Tailfeathers, investigates the fate of her great-aunt, Maa’tai’poyi.

Fifteen projects were selected for production under the CBC Short Docs stream, which encouraged documentary filmmakers to showcase their unique perspectives on what’s happening in the world during this time of COVID-19. Selected projects include:

ME, MOM, & COVID-19, Mary Sexton (St. John’s, NL): My 97-year-old mother died and everyone got sick: what happens when one person with COVID-19 visits a funeral home in St. John’s, Newfoundland.

THE CROWN’S SPEECH, Lulu Keating (Dawson City, Yukon): an animated short documentary about the global pandemic from the point of view of the coronavirus.

UNTIL FURTHER NOTICE, Tiffany Hsiung (Toronto): With an entire industry on lock-down and no end in sight, Toronto chef Luke Donato tries to keep his passion for cooking alive during the COVID-19 pandemic, even if it means teaching a group of culinary misfits online.

Seventeen projects were selected for development under the Playwright Pilot Stream with CBC asking for concepts that are a natural fit for either limited or ongoing series in the comedy or drama genres, episodic or serialized. Among the projects selected were:

STARS: TOGETHER, Zack Russell, Chris Abraham, & STARS (Toronto): Based on the stage play, a fake documentary comedy series about a band that just can’t keep it together.

OFF THE GRID, Amy Nostbakken & Norah Sadava (Toronto): A half-hour ensemble comedy set in 2025, around eight 30-somethings who move from the city to a farm to try to live off the grid.