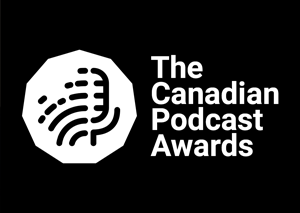 Canadian Podcast Award nominations are out. Among the nominees for Outstanding News & Current Affairs Series are The Daveberta Podcast, CBC News’ Front Burner, TVO’s #onpoli, HuffPost’s Follow-up with Althia Raj, and Curiouscast’s Wait, There’s More. Nominees for Outstanding Music Series include Alan Cross’ Ongoing History of New Music, Kyle Marshall’s Putting It Together which focuses on Stephen Sondheim’s body of work, Growing Up Punk, StringerLabs’ Columbia House Party, and This Is Your Mixtape. Find the full list of nominees in 30 categories here. Harvard Broadcasting’s CKPW-FM Edmonton has a new name after several months of uncertainty following a lawsuit by Corus Entertainment over use of the “Power” brand in the market. PLAY 107 made its debut Friday, Dec. 20 with the Classic CHR station’s new moniker selected from listener suggestions. Read more here. 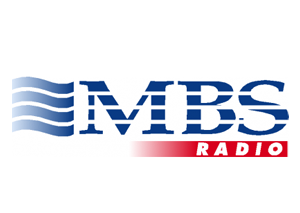 The Morning Hot Tub with Mauler, Rush and Jenni, which originates on The New Hot 89.9 (CIHT-FM) Ottawa is now being heard on more Stingray stations. The show is now airing in the morning time slot on The Giant (CHRK-FM) Sydney, NS, in addition to 95.9 Sun FM Miramichi, NB, HOT 93.7 (CKWY-FM) Wainwright, AB, and Hot 105.5 (CKQK-FM) Charlottetown. 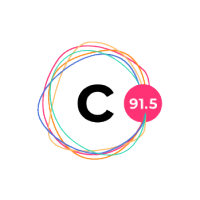 CJCN 91.5 Surrey, BC has been in test mode since Dec. 20. The Akash Broadcasting-owned station will primarily air South Asian programming and some English-language evening programs. 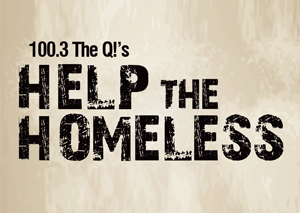 Jim Pattison Broadcast Group’s Victoria stations raised $107,630 in donations, food and clothing during the 100.3 The Q!’s Help the Homeless and The Zone @ 91.3 Toy Drive in December. On Dec. 6, The Q! Morning Show broadcast live from Mayfair Shopping Centre, accepting donations of non-perishable food, clothing, and cash for the Society of St. Vincent de Paul and Our Place Society, among others. In a similar effort, The Zone @ 91.3 collected cash donations, toys, and gift certificates in their 10th Annual Toy Drive Dec. 13. Cash proceeds from the event went towards the TLC Fund for Kids and donations of new and unwrapped toys to the Christmas Giving Network for distribution within the community. This year, families affected by forestry strikes in some Northern communities of Vancouver Island were also able to receive donations of toys for the holidays. 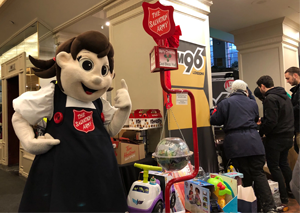 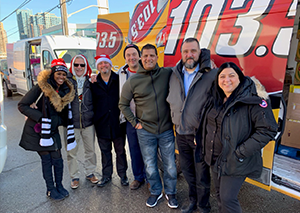 Evanov Radio Group’s Z Cares Food Drive on Z103.5 (CIDC-FM) Toronto, saw more than $5,000 in food delivered to those in need over the holidays. Two Dodge RAM Sprinter Trucks were filled with food, delivered to The Scott Mission and Seva Food Bank. Nielsen’s latest report suggests radio listening is dwarfing TV watching. Nielsen says adults 18+ spend just shy of six hours with TV-connected devices each week, compared to nearly 12 hours per week spent with radio. According to Nielsen, the news/talk format remains the most popular radio genre and is expected to retain that status as the U.S. heads into a presidential election. AC and Pop CHR were the top two genres among those 25-54. iHeartRadio has launched its third all-podcast radio station. WLTM 95.9 Erie, PA joins WSAN 1470 AM Allentown-Bethlehem, PA and KABQ 1350 AM Albuquerque, NM. The station is the first all-podcast format in the U.S. to debut on the FM dial. Triton Digital is set to debut a podcast ranker called Podcast Reports in the U.S., alongside rankers its already producing in Australia, the Netherlands and Latin America. The podcast ranker will use logfiles to produce IAB certified data. NPR, Entercom, Stitcher and Cumulus Media, including Westwood One, have already signed on. 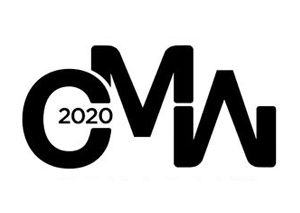 Canadian Music Week (CMW) will highlight the Netherlands, May 20-22 in Toronto. CMW’s ‘Focus on the Netherlands’ supports the 75th anniversary of the Liberation of the Netherlands by Canada and is aimed at building new bridges for bilateral music trade relations between the two countries. To advance the initiative, the European Music Exporters Exchange (EMEE) has, for the first time, allowed a Canadian panel at ESNS (Eurosonic Noorderslag), which takes place in Groningen, the Netherlands Jan. 15-18.

LISTEN: The team behind Broadcast Dialogue – editor Connie Thiessen, digital strategist James Wallace, and creative director Christian Lind – revisit some of the big developments in streaming, podcasting, OTT, TV, esports and radio in our final podcast of 2019. Listen on your favourite podcast app or here: 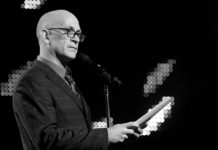