Deane Cameron, the longtime president and CEO of EMI Music Canada, died Thursday of a sudden heart attack. He was 65.

Cameron made history in 1988 when he became the youngest Canadian president of a major music label.

Starting out as a drummer in the band Harvest with Tom Cochrane, Cameron began working in the warehouse at EMI in 1977. He worked his way up the ranks to vice-president of A&R, signing acts that included Corey Hart, Luba, The Rankin Family, Kim Stockwood, Alfie Zappacosta, The Watchmen, I Mother Earth, and Johnny Reid, among many others.

My heart is truly broken, I will never forget my friend, Deane Cameron we travelled such a long road together, he was my brother, I will not forget you my friend

An anti-piracy advocate and voice for the advancement of Canadian artists and music, Cameron was named a Member of the Order of Canada in 2010 and was the recipient of the Walt Grealis Special Achievement Award at the 2011 JUNO Awards.

“When he received the Order of Canada it was one of the proudest days of his life. He was generous, passionate, honourable and loyal beyond comprehension,” said Diemer in an emailed statement. “He was truly one of the best and most caring people on this planet. In the almost 40 years that I knew Deane he was my mentor, a boss, but more than anything he really was a dear friend and part of our own family. We will all miss his belly laughs, joy for life and the best one-liners you’ve ever heard.”

The Canadian radio community also chimed in on Cameron’s passing, including Jackie Rae Greening, program director at CFCW Edmonton, and Chris Scheetz, morning show co-host at CISN Country 103.9 Edmonton, who both served with Cameron on the board of the Canadian Country Music Association (CCMA).

“I remember at a CCMA board meeting a number of years ago, when Deane Cameron spoke passionately about why Canadian artists didn’t get #1’s in our country. A few later his got his wish and SO many artists today have him to thank,” Scheetz tweeted.

Cameron also served on the board of the Canadian Academy of Recording Arts and Sciences (CARAS) for over 14 years and was crucial in helping develop music education charity MusiCounts.

So sad to learn of the sudden and tragic passing of Deane Cameron, a tremendous and longtime supporter of Canadian musicians and a driving force behind the Massey Hall revitalization project. He will be missed. https://t.co/QKFgV6iTgv

I might need a prayer as I sing the journey to peace and the spirit world for my friend…I am deeply deeply saddened by the death of my friend Deane Cameron….peace & love … Tom j.

So saddened to hear of the sudden passing of one of our Canadian industry’s greatest record label leaders. Thank you Deane Cameron for everything you did for me, and so many others. You were truly an artist advocate , who really cared. #wewillmissyou

We are profoundly saddened to hear about the passing of our dear friend Deane Cameron. He was a champion of ours when we had few, made those around him feel like family and his belief and passion for Canadian music and Artists was second to none. Rest in power #CaptainCanada pic.twitter.com/BLWlIKk00l

Saddened to hear that former EMI Music Canada president, @deanecameron has passed away. Deane offered me my first record deal in 1997 w/ EMI. I’ll always fondly remember meeting him for the first time and thinking: Man, I really like this guy—I wanna work with him!

RIP Deane Cameron. Deane signed The Rankins in 1992 and helped us and many other artists achieve many career milestones. Friend, champion, and all-‘round great guy – Deane you will be missed. Heartfelt condolences. – J. pic.twitter.com/eFfoNQD6DX

So sad to hear of the sudden passing of longtime head of EMI Canada, Deane Cameron. We had great success together and he was really one of the good guys. RIP 💔

I am deeply saddened to learn of the passing of Deane Cameron. His vision and lifetime of work championing Canadian music and the arts will live on in the audiences young and old who felt his touch.

What happens to your body & soul when your friend calls you & sets a time to meet next week, only to find out today he’s passed on without warning?
I crumble to my knees, thankful for his friendship.
Deane Cameron was a pioneer soldier in the Canadian Music Scene.
Onto the light. pic.twitter.com/yiXYeYN2Z8

Glass Tiger is devastated and at a loss for words to hear of the passing of our dear friend and “president” Deane Cameron. Honored to be part of Deane’s musical “family” along with so many other great Canadian… https://t.co/z9vKSFxWid

Very sad to hear of the passing of a great ambassador for Canadian music Mr Deane Cameron. I had a tremendous amount respect for the man in every aspect of who he was and his honest and integrity in all he did. My condolences to his family. #RIP

Feeling very sad this evening hearing of Deane Cameron’s passing. He supported my career and saw potential before even I did. I was and will always be proud that he thought I was a good songwriter. My thoughts are with his family and all the great people at @masseyhall tonight.

So sad to hear about Deane Cameron .. He took Max Webster to England & was there when we recorded at Abbey Road for Top Of The Pops .. So many laughs together .. Always a huge interest in the Canadian music scene ! My deepest condolences to his wife and family. 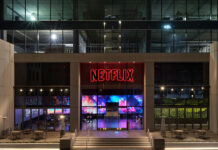