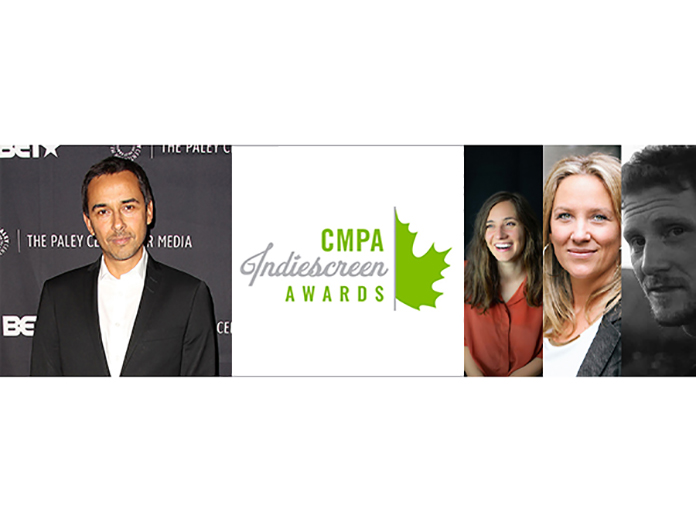 The Canadian Media Producers Association (CMPA) has announced Damon D’Oliveira and the producing trio of Sara Blake, Magali Gillon-Krizaj and Tyler Hagan, as the recipients of its annual Indiescreen Awards.

The winners were announced Friday at a ceremony at the Whistler Film Festival, in partnership with Telefilm Canada, marking the Indiescreen Awards return to an in-person format for the first time since 2019, following two years of virtual ceremonies during the pandemic. To be eligible for this year’s awards, nominees must have held the role of lead producer on a Canadian feature film that premiered in the 2022 calendar year.

Damon D’Oliveira (Conquering Lion Pictures) is the recipient of the $20,000 Established Producer Award. A champion of diversity and giving voice to underrepresented Canadians, D’Oliveira’s credits include The Grizzlies (2018), The Book of Negroes (2015), Poor Boy’s Game (2007), and Rude (1995). His most recent feature film, Brother, directed by Clement Virgo, premiered at the Toronto International Film Festival (TIFF) in September to critical acclaim. Sara Blake, Magali Gillon-Krizaj and Tyler Hagan (SSMT Productions) were awarded the Kevin Tierney Emerging Producer Award, which comes with a $10,000 prize. The trio’s collective project, Until Branches Bend – a psychological thriller centred around a pregnant cannery worker – had its official premiere at TIFF. It was also selected at Calgary International Film Festival (CIFF), Tallinn Black Nights Film Festival (PÖFF), and the Vancouver International Film Festival (VIFF) where it won Best BC Film. The winners were selected by two national juries, chaired by last year’s Indiescreen Award winners Anand Ramayya, Kate Kroll, and Rylan Friday.