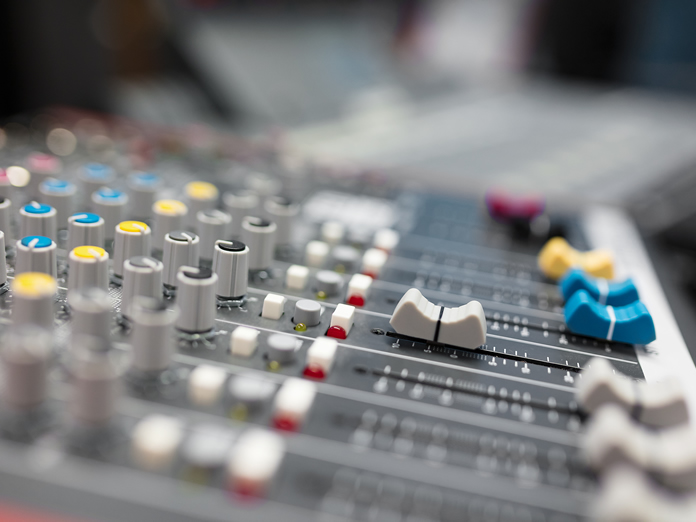 The commission’s analysis says that can be at least partially attributed to COVID-19 subsidies (although assistance to the broadcasting industry was down in the 2021 broadcast year by 55% to $95M from $209M) and the broadcasting industry’s move to adapt to downward pressure on revenues, noting that since the start of the pandemic, operating expenses have been reduced across all commercial sectors of the industry: 16.5% by radio, 4.7% by discretionary TV, 4.6% by private conventional TV, and 3.8% by BDUs.

The CRTC says since the start of the pandemic, average traditional radio hours per listeners per week have further declined, while digital media broadcasting undertakings (DMBU) audio services have grown at a compound annual rate of 12.4% since 2013 (according to MTM data provided by the commission). Listening to traditional radio has decreased over the same period at a compound annual rate of 4.7%.

French language radio stations have maintained a 20 to 21% share of total tuning, with English-radio stations’ share of tuning declining from 74% to 71%. Other languages have increased their share from 6% to 8%.

The average time spent watching traditional television services has decreased by a compound annual rate of 2.2% or a total of 16.5% since 2013, with the decrease concentrated in markets outside Quebec. Notably, the viewing share of news programming during the pandemic increased about 2.5 percentage points, attracting between 16 and 17% of total viewership during the 2020 and 2021 broadcast years. 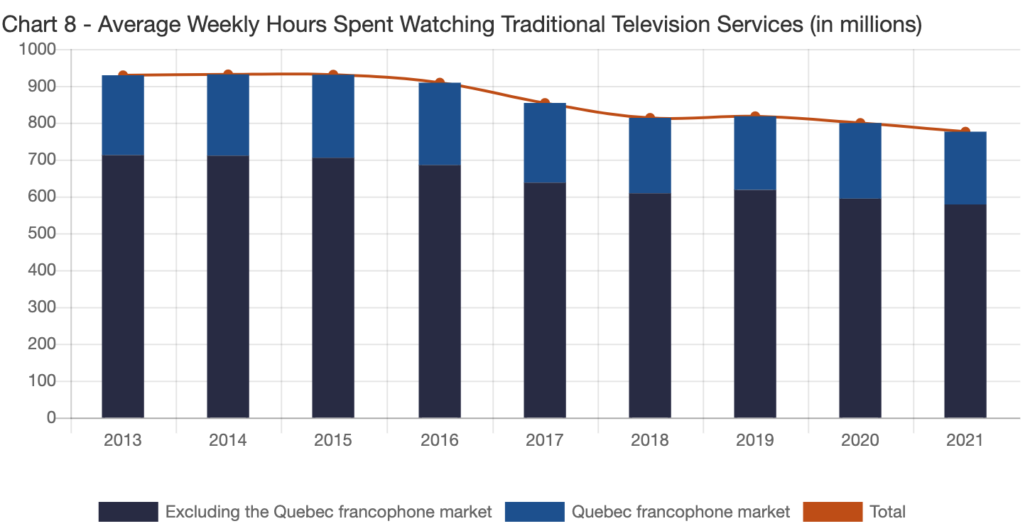 According to MTM and Numeris estimates provided, overall viewing of audiovisual services by Canadians has remained relatively flat since 2013 at between 29 and 31 average viewing hours per week. At the same time, viewing of DMBU services has increased at a compound annual rate of 9.4% to 3.8 hours per week while the average weekly hours viewing traditional television services has decreased from 29.3 hours to 25.8 hours per week.

Contributions to Canadian content were 4.8% higher in 2021 than in the 2020 broadcast year. Television contributions rebounded by 6.5%, while contributions by BDUs (Canadian programming) and Radio (Canadian content development [CCD]) were down by 2.8% and 32.8% , respectively. The commission says the Radio CCD decrease is due to several factors including the significant decline in ad revenue, and the CRTC granting flexibility to radio stations to spread unpaid contributions in 2020 to future years.