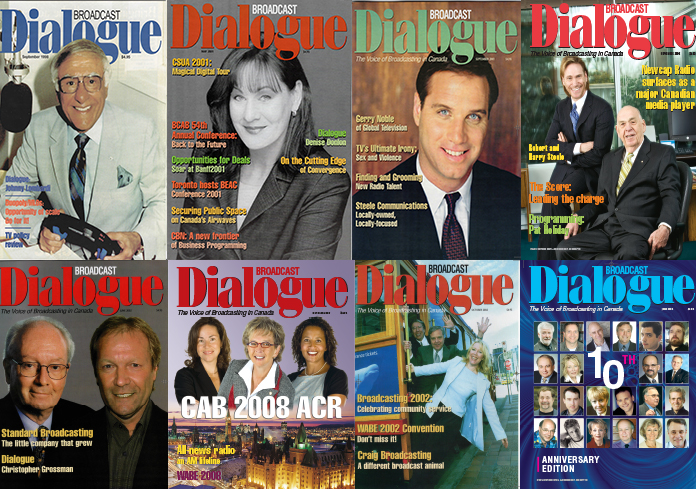 Broadcast Dialogue is marking 30 years today as the voice of Canada’s broadcast industry. It was on May 28, 1992 that founding publisher Howard Christensen sent out the first Weekly Briefing to radio and television stations and vendors by fax.

Christensen – a radio news veteran of CHAM-AM Hamilton, CHYM-AM Kitchener, CHUM-AM Toronto, CFRB-AM Toronto and CJAD-AM Montreal, and one of the original Broadcast News network anchors – started Broadcast Dialogue to respond to what he saw as a need for a Canadian broadcast industry trade publication that published on a more frequent basis. 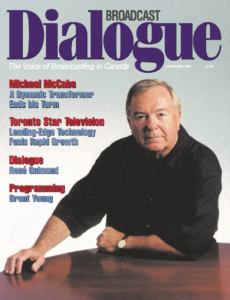 Broadcast Dialogue quickly established itself as an industry must-read offering a credible source for regulatory news, people moves and trends. Over the years, it evolved into the publication of a monthly magazine and the team grew to a staff of six. Barry Hamelin, one of Howard’s Broadcast News colleagues, assumed the role of Executive Editor. Ingrid Christensen signed on in the part-time role of administrator, while radio executive John Gorman consulted with an industry perspective. Jane (Inglis) Rusch joined as sales director and Chantal Eden as the publication’s first graphic designer, who was succeeded by Su Wahay. Feature writer Daphne Lavers was also on board in the magazine’s early years. 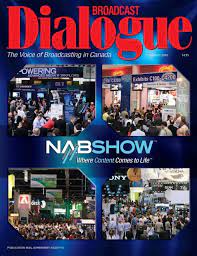 The first magazine was distributed in June 1998. In March 2009, the publication’s initial digital versions were launched – one a “flip the pages” version and the other a straight .pdf – with readers still given the choice to receive the print version. After a two-year transition period, BD was digital-only by January 2011. In 2013, the magazine was merged with The Weekly Briefing to include timely and relevant in-depth articles, in addition to news.

Approaching the publication’s 25th anniversary and the Christensen’s retirement, Broadcast Dialogue was acquired in 2016 by current publisher Shawn Smith, President of Vancouver-based Momentum Media Marketing. Momentum has continued publication of The Weekly Briefing, in addition to launching BroadcastDialogue.com and Broadcast Dialogue – The Podcast.

Initially, Halifax radio veteran Lisa Blackburn took the helm of the publication as its new Editor, but when she was elected to Halifax City Council in the fall of 2016, current Editor Connie Thiessen took over the role. Michael Olstrom continues to handle sales, joined by Janet Burley and David Rusch; James Wallace served as Digital Director (now succeeded by Jeff Lush); and Christian Lind was art director. Agnes Nkundabagenzi remains our CFO.

In 2020, Broadcast Dialogue launched the Canadian Radio Awards, affectionately dubbed “The Howards” in honour of our Publisher Emeritus, upholding the publication’s legacy of creating a sense of community within the industry.

Throughout the remainder of 2022, we’ll be sharing columns from the Broadcast Dialogue archives, in addition to other initiatives reflecting on the history of Canadian broadcast media. That includes a 30th anniversary Facebook group we’ve set up where our broadcast and media community are encouraged to share memories and photos of their own career journeys through the industry.