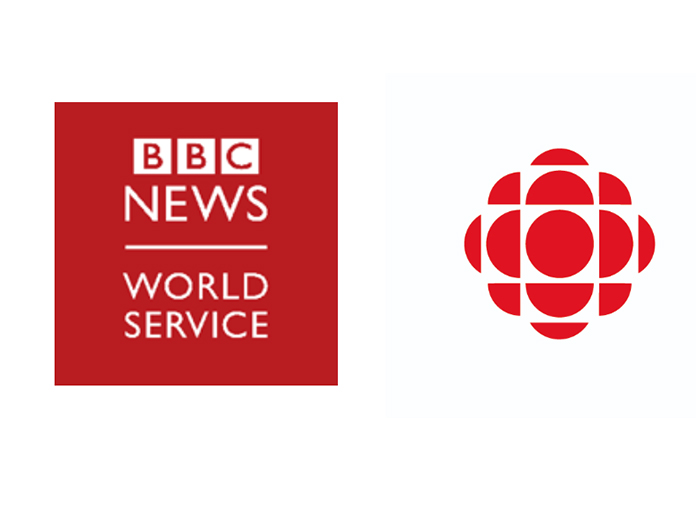 BBC and CBC/Radio-Canada have announced the joint commissioning of three new original podcasts from BBC World Service and CBC Podcasts.

An extension of a commitment to collaboration announced by the two public broadcasters in 2019, the new commissions include an exploration of the Bre-X Minerals scandal; a global catfishing scheme; and a look at how Charlie Chaplin became the focus of a decades-long FBI campaign to root out communism in Hollywood, hosted by the actor’s granddaughter, Oona Chaplin. In production now, the three podcasts are set for release late this year and in 2023.

Both public broadcasters have been leaders in the podcasting space with some of BBC World Service’s global hits including Peabody-nominated The Lazarus Heist, Death in Ice Valley (produced with Norway’s NRK) and 13 Minutes to the Moon. BBC’s Global News Podcast is the network’s most-downloaded podcast, boasting more than 239 million downloads last year.

“BBC and CBC/Radio-Canada are both leaders in podcasting and it is a great pleasure to launch this joint initiative,” said Catherine Tait, President and CEO, CBC/Radio-Canada, in a release. “This collaboration is just another way that we as public broadcasters can leverage our expertise to serve audiences at home and around the world.”

More on the podcasts currently in production:

In the 1990s, Bre-X Minerals perpetrated the world’s largest mining fraud. Calgary-based investigative journalist Suzanne Wilton tells the story of how the promise of gold can make people do crazy things. This globe-trotting tale of greed, gold and mystery draws on an amazing archive and sound design, plus interviews with investigators, those who lost a fortune, as well as some of the people at the heart of the scam.

The search for an adult entertainment star whose images are being used against her will in a global catfishing scheme. Journalist and host Hannah Ajala embarks on a journey from the UK to Florida to West Africa, discovering a criminal web bilking those in search of romance out of their fortunes.

The story of how Hollywood’s “Tramp,” Charlie Chaplin, became the focus of a decades-long FBI campaign to root out communism in Tinseltown. Host Oona Chaplin guides listeners through the real-life events of J. Edgar Hoover’s personal obsession with her grandfather, through to the notorious House Un-American Activities Committee (HUAC) hearings and the “Hollywood blacklist”.