As 2019 comes to an end, Broadcast Dialogue Creative Director Christian Lind looks back at some of the year’s broadcasting developments that have the potential to shape the future of the Canadian media landscape.

While digital services end the decade with over 450% subscription growth, Canadian cable subscribers followed the trend of previous years, with Convergence Research predicting that OTT will overtake traditional TV in 2020. 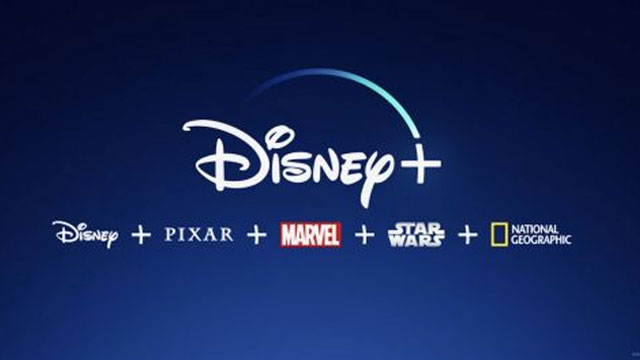 On Nov. 12, Disney launched its new Disney+ streaming service. Let’s be clear, Disney+ is not just another streaming service – it is a juggernaut, a top world brand with mass appeal. One needs to look no further than its rocky launch due to high demand to find evidence of that. However, unlike its competitors, it’s the only service which owns the rights of its entire collection, including the Disney and Disney Channels back catalogue, and the Marvel, Pixar, Star Wars, and National Geographic content libraries.

Netflix, Amazon Prime Video, and the like are massively investing in producing their own original content, but still heavily rely on distribution deals like Netflix $100M USD deal to retain the streaming rights to Friends. It costs Disney+ nothing to stream every season of The Simpsons as its parent company has acquired Twentieth Century Fox, in addition to the Disney vault of content including 13 of the 20 highest-grossing movies of all time.

Disney is betting big on its new streaming service and unapologetically projecting to reach between 60 and 90 million subscribers globally within the next four years – an aggressive goal rivalling Netflix’s current subscriptions numbers. Its lower price point is definitely an asset offering multiple 4K HDR streams for half the cost of Netflix. 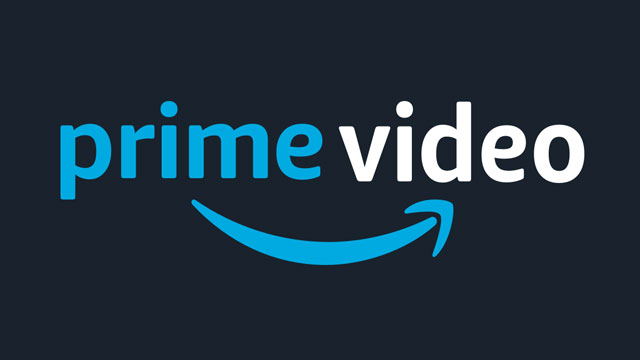 It appears Amazon’s strategy to bundle Prime Video memberships with its streaming offering is continuing to pay off, presenting unmatched value with dual appeal. 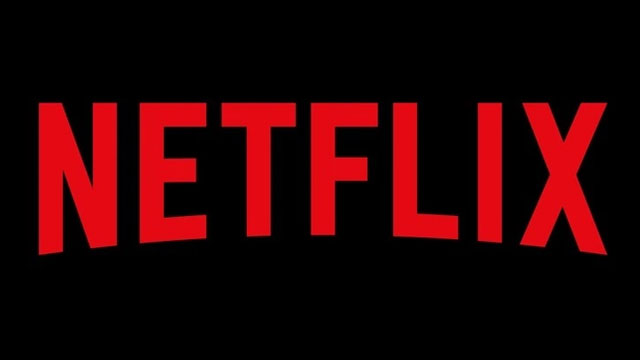 Among the three big streaming services, Netflix is the most expensive and the only one whose entire business is dependent on subscriptions. The arrival of competitors has already resulted in a slow down in growth.

The streaming giant’s massive debt is putting pressure on the service to stop being ad-free which has been a pillar of its offering since day one.

In October, Michael “Shroud” Grzesiek, one of the biggest Canadian broadcasters you probably have never heard of, and one of the top Twitch streamers, announced via Twitter that he would abandon the Amazon-owned platform which dominates the market to stream exclusively on Mixer, which is owned by Microsoft. The move came just months after Mixer snatched Twitch’s top creator, Tyler “Ninja” Blevins.

It’s easy, even for those not familiar with the gaming industry, to recognize the true value of these deals. Ninja has a social footprint of over 41 million followers/subscribers and earns an average of $50,000 per hour to stream games online. He reportedly was paid $1 million to play a newly released EA game for an hour. With the terms of these exclusivity deals not made public, Bloomberg has estimated that Shroud and Ninja are getting as much as $40 million dollars over three to five years just for streaming on Mixer. That figure doesn’t take into consideration brand deals and other partnerships. These two moves are the equivalent to the livestreaming market of Howard Stern’s departure from terrestrial broadcast radio to satellite radio.

To fully grasp what is happening, it’s important to understand why tech giants like Microsoft and Amazon are fighting a war for the gaming space and what their short and long term goals are. 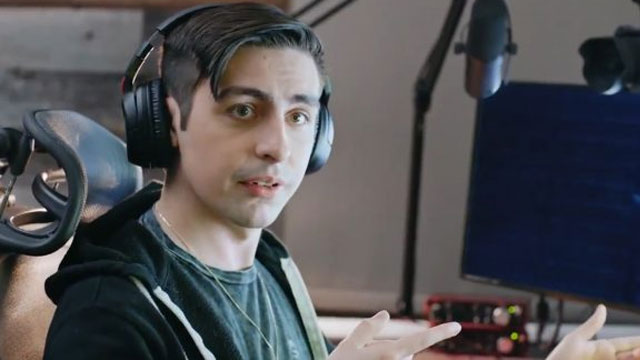 When Shroud left Twitch in October he was the 2nd biggest streamer on the platform with over 7 million subscribers.

While a few months later only a fraction of his audience has followed him to Mixer, Shroud has praised the community-vibe on his new platform and echoed online sentiment about the toxicity of the Twitch community, compared to the Microsoft-owned service.

The exclusivity deal might not be just about growing Mixer’s audience. Many industry insiders have hypothesized that streamers like Ninja and Shroud will play a key part in the marketing strategy of Microsoft’s next generation console launching in 2020. 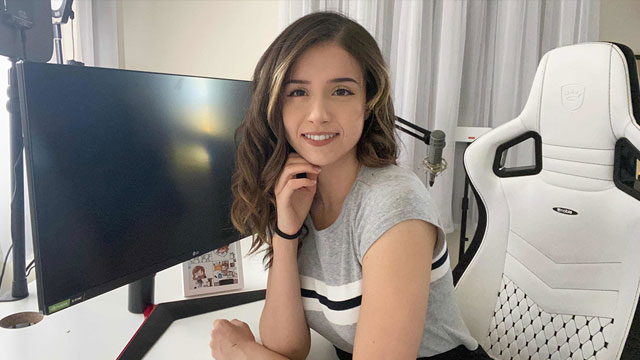 Very few Canadian broadcasters can brag about having their own toy figurine. Pokimane is one of them. The Moroccan-Canadian who sits atop of the female streamers list on Twitch might be the next top tier creator leaving the Amazon-platform for Mixer.

She recently predicted that due to the Twitch platform’s very vague terms of service, she expects to be banned in 2020. This gesture seems like a subtle invitation for Microsoft to step in and scoop her.

2020 is already shaping to be a great year for Pokimane as she will join Ninja for a cameo in Disney blockbuster Free Guy with Ryan Reynolds. 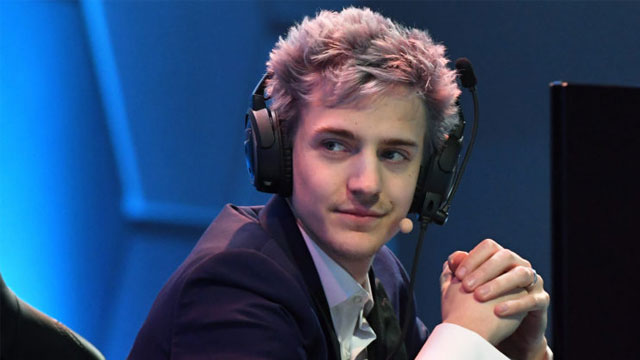 There are a lot of similarities between Ninja moving to Mixer and Howard Stern joining Sirius, but there is one big difference: while Sirius’ move to sign the radio shock jock was done to increase subscriptions, it seems that the live streamer move was made primarily to popularize the appeal of the Microsoft-owned platform to other top content creators.

A lot can be learned from Ninja’s motivation to leave his throne atop the Amazon platform; one of the main reasons cited by his manager and wife was the inability to work with Twitch on building out his brand outside gaming. Based on recent developments, including the announcement of a collaboration with streetwear giant Adidas, it seems like the move is paying of for Blevins.

Canadian broadcasters are already feeling the impact of cord-cutting when it comes to TV subscribers, but they are overlooking the generational shift happening. According to a 2017 Pew Research study, by 2021 there will as many cord-nevers – adult-aged consumers who have never paid for a cable or satellite subscription and likely never will – as cord-cutters. Within the next 10 years, at least 1/3 of Canadian households will have cut the cord.

If the high cost of cable compared to reasonably-priced online alternatives is a major factor when it comes to cord-cutting, for cord-nevers it is the lack of compelling, original content catering to them and the ability to watch whenever and wherever they wish. This is why tech giants are massively investing in game streaming. It is by far the most-consumed online content by Millennials and Gen-Z.

In many ways, video streaming services focused on user-generated content are having the same impact on television broadcasting that Napster and Soundcloud had on the music industry. If the legendary Chuck D of Public Enemy called Napster “the new radio”, YouTube, Twitch, and Mixer are the new TV. They have allowed the “little man” to directly engage the public and participate in broadcasting, getting around gatekeepers in an industry dominated by a few big media groups for too long.

In June of 2019, the NBA finals broadcast broke audience records in Canada, drawing an average audience of 7.7 million viewers for Game 6. Nearly half of all Canadians tuned in at some point during the game, with the audience peaking at 9.9 million in the final minute.

Explaining these numbers based on Canadian pride and support of a Canadian team is a blinding over-simplification, obscuring a key factor that could be capitalized on by traditional sports broadcasters to increase their audiences and attract new ones: Canadian attitudes when it comes to sports have changed.

Hockey might reign supreme in the hearts of Canadians [and this is not going to change in the foreseeable future], but there is disconnect between what sports the nation is interested in and what sports Canadian broadcasters are covering. eSports is a good example of this. According to Mintel, 20% of Canadians consider eSports as important as traditional sports and more Canadians follow eSports than the CFL, yet on non-specialty sports channels, there is still limited coverage of eSports yet CFL coverage has remained the same for years.

Game 6 was just the tip of the iceberg when it comes to Canadian interest in the NBA. Kahwi Leonard’s return to Toronto with the Los Angeles Clippers saw another audience record felled for a regular game.

It begs the question as to whether there are other sports Canadian broadcasters are not taking full advantage of?

The way people experience sports has changed. The most famous sports teams have now become worldwide lifestyle brands that generate billions in revenue. It is no longer just your local team you grew up with.

In 2010, the UEFA Champions League team Paris Saint-Germain or PSG launched an app which included a geo-localized map on which fans could find other fans in their area. In Vancouver there were only two, including the author of this post. As of Dec. 2019, the Vancouver PSG’s fanclub Facebook group counts almost 3,500 members and organizes events in British Columbia on a regular basis. This number has nothing to do with an increase of French citizens in Vancouver and everything to do with the Parisien team becoming what Nike defines as a powerful global brand, with star players like Neymar or Mbappe drawing a tremendous social following used to promote the team’s partnerships with iconic streetwear brands like Air Jordan that transcend the boundaries of soccer. The same is true for the Toronto Raptors and their association with Drake.

Looking at what trended on Canadian social media in 2019 gives us insight into what sports teams and events Canadians are embracing. When there’s a UEFA Champions League match, the competing teams trend on Twitter and Facebook in Canada; the ICC Cricket World Cup trended this past June in Canada, while the tournament received little coverage from traditional broadcasters.

If this audience shift when it comes to Canadian appetite for sport has seemingly gone unnoticed by established Canadian media, new players like streaming service DAZN are betting on these sports.

By bringing the streaming wars to sports, DAZN is proving something that has been theorized for a few years now: the future of mainstream broadcasting is in niche and branded content. DAZN’s rights strategy is fascinating and offers insights into the inevitable domination of aggregated over-the-top services.