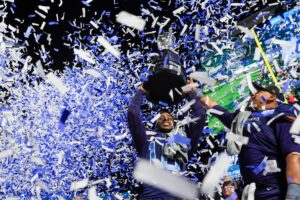 Bell Media says the 109th Grey Cup attracted an average audience of 3.3 million viewers on TSN and RDS, an increase of +5% over last year. Overall, a total of 8.2 million Canadian viewers watched some or all of the Toronto Argonauts 24-23 last-minute victory over the Winnipeg Blue Bombers. Audiences peaked at 4.7 million viewers at 9:49 p.m. ET as the Argos secured the victory in the final minute. On social media, TSN’s official platforms garnered 1.7 million views on Instagram, 525,000 views on TikTok, and more than 400,000 video views on Twitter, with total Twitter impressions of more than 1.9 million. Hasbro has put eOne’s TV and film business up for sale. Hasbro will maintain the capability to develop and produce animation, digital shorts, scripted TV and theatrical films for audiences related to core Hasbro IP, but has shifted its focus to significantly increase investment in key brands, with a focus on gaming, direct to consumer, franchise brands and licensing, including Peppa Pig, Transformers, Dungeons & Dragons, Magic: The Gathering, My Little Pony and Power Rangers. Assets that are part of the potential sale include a 6,500+ content library, the non-Hasbro branded film and scripted TV business which produces and finances top tier content like The Woman King, Yellowjackets and The Rookie franchise, Hasbro’s interest in Entertainment One’s Canadian film and TV business, and Hasbro’s unscripted division which includes hits like the Naked & Afraid franchise.

DOC Institute has undertaken an analysis of BIPOC representation among publicly-funded documentary production in Canada, finding that it remains low with inconsistent industry-wide data collection and reporting. Nordicity was engaged to analyze three years of funding awarded to Black, Indigenous, and People of Colour (BIPOC) documentary creators in the Canadian film and television industry with an eye to gauging how successful BIPOC creators are at securing funding compared to non-BIPOC applicants. The analysis included Telefilm Canada, Canada Media Fund (CMF), National Film Board (NFB), and TVO with CBC declining to participate citing limited resources. Of the participating funders, TVO is the only one that collects data on BIPOC creators, showing a decline in the number of BIPOC creatives supported between 2017 and 2020 with anecdotal evidence suggesting representation is low across the industry. Based on the limited data Nordicity was able to collect, less than one-fifth of documentary creators supported identify as Indigenous with funding provided to Indigenous works higher in documentary production (16%) than in the broader film and television industry (less than 1% based on research conducted by Nordicity and the Racial Equity Media Collective). Read more here. 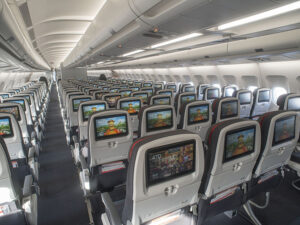 marblemedia and Fae Pictures are in development on original, primetime political family drama Salt, from creator Abdul Malik (Transplant, Peace by Chocolate). marblemedia acquired the project earlier this year at the Toronto International Film Festival’s Series Accelerator program. Salt follows a young man raised by a wealthy Muslim family reeling from a scandal. Seeking to make amends for his father’s sins, he takes a job as a ‘salt’ to infiltrate and covertly unionize an opulent international hotel chain in Chicago from the inside, making vulnerable the workers he is seeking to protect and threatening his politically-influential family. Recently selected for Playback Magazine’s 10 to Watch, 29-year-old Malik spent a decade on the front lines of labor and environmental movements as a documentarian.

Saloon Media has optioned Shaun Hamill’s well-received, debut horror novel, A Cosmology of Monsters. The book will be adapted into an ongoing one-hour (8×60′) dramatic series with creator and executive producer Caitlin D. Fryers. A Cosmology of Monsters follows the Turner family as they operate an immersive, haunted house experience. While struggling to keep their business afloat, they begin to realize there is something more sinister at their door—real monsters. Fryers is best known for writing on all four seasons of SYFY’s Wynonna Earp and was the first Canadian to win the Sir Peter Ustinov Award for Scriptwriting at the International Emmys. Also executive producing the adaptation are SVP Scripted Content Melissa Williamson, Managing Director Michael Kot and Author Shaun Hamill.