Anna Maria Tremonti, the award-winning host of CBC Radio One’s The Current, is stepping away from the show to host and produce for CBC Podcasts. CBC says the veteran broadcaster’s last day with The Current will be June 21 so Tremonti can focus on her podcasting ventures which will include an indepth, one-on-one interview series, starting this fall. Tremonti also has a second CBC Podcast project in development. She has helmed The Current since the weekday morning current affairs show was first introduced in Nov. 2002. Prior to The Current, she spent 19 years with CBC Television, including two years as a host of The Fifth Estate and nine years as a foreign correspondent for The National, based in Berlin, London, Jerusalem and Washington. She’s also worked on Parliament Hill and as a reporter in Nova Scotia, New Brunswick and Alberta. She began her career at CKEC New Glasgow, NS.

Sue Smith is stepping down as host of CBC Radio One’s Homerun in Montreal at the end of June. Smith started her broadcasting career at CFCF/CFQR Montreal, arriving at CBC in 1988 as the traffic reporter on Daybreak. After one season, she started working on television series Citybeat. After three years, she moved to London to work as a producer for Worldwide Television News, then Jamaica, earning her master’s degree in international relations and having three children along the way. Returning to Montreal after 10 years abroad, Smith hosted Good Morning Live at Global TV and then returned to CBC for Living Montreal. She’s been hosting Homerun since 2010.

Steve Stax is returning to Jack 102.3 (CHST-FM) London, ON. Stax, Meghan and Loop launches June 3. Stax has been helming mornings at Blackburn Radio’s Classic Rock 98.1 (CKLO-FM) for the last four years. Prior to that he was with Rogers London for nearly 15 years.

Hilary Welch is moving over to Rogers’ Easy 101.3 (CKOT-FM) Tillsonburg, ON. She’ll join Mark Paine on the morning show, starting June 3. Welch had been co-hosting mornings with Curtis Bray on 102.3 JACK FM (CHST-FM) London for the last four years.

Brian Fraser, CFRA Ottawa technical producer and one of the voices on The Morning Rush with Bill Carroll, is off work while he fights leukemia. Fraser is a 2016 Algonquin College Radio Broadcasting grad.

Shane Woodford is leaving CHNL Kamloops to move to Denmark with his family. Woodford has been news director at NL since 2016 – his second stint with the station after a five-year departure to join CKNW Vancouver as a reporter/anchor and fill-in talk show host.

Spencer Van Dyk is moving into a new reporting role with CBC Quebec covering the Eastern Townships, based out of Sherbrooke. Van Dyk has been with CBC Quebec since May 2018.

Kailey Klempner is leaving Corus to join an unnamed tech company as content marketing manager. Klempner first joined Corus in 2014 and has been the content creator and social media manager for 18 Corus Radio FM brands, based in Toronto.

Mahnoor Yawar is leaving OMNI Television where she’s been covering Toronto City Hall for the network’s Punjabi broadcasts. She’ll be joining CityNews as a full-time producer.

Chris Bilton, editorial director, Digital at VICE Canada, is leaving to take on a new role with The Weather Network. Bilton first joined VICE in 2015 as a deputy editor.

Olivia Blackmore has accepted a part-time, term position with the Halifax bureau of The Canadian Press. The Toronto-based freelancer, whose bylines span Canadaland to Canadian Living, recently completed a Masters of Data and Investigative Journalism at the University of King’s College. She‘ll join the bureau as a reporter-editor, starting in late June.

Fiona Odlum has left Global Saskatoon to join CBC Saskatchewan as a reporter for radio and television, based in Regina. Odlum had been a weather specialist with Global Saskatoon since April 2019.

Tessa Vanderhart is leaving CBC Winnipeg to join The Winnipeg Free Press as a reporter. Vanderhart, who had been an assignment producer with the public broadcaster for the last two and a half years, was previously an online editor with The Winnipeg Sun.

Catherine Émond is taking on a new role with Telefilm Canada following recent work with the Min. of Canadian Heritage and Multiculturalism to grant $7.5 million in new funding to Telefilm for Francophone productions in 2019-20. Émond will lead a major strategic project to help the organization and its partners adapt to industry changes. Francesca Accinelli, director, Promotions and Communications, assumes the interim direction of government and public affairs. 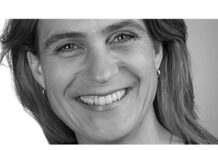 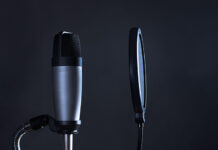