A reimagined Q with Tom Power and several new CBC Podcasts are among the original content set to debut this winter as unveiled Wednesday at the CBC Live at Massey Hall industry event in Toronto.

Starting Jan. 30, CBC Radio’s Q will feature an hour of longform interviews, followed by Commotion with Elamin Abdelmahmoud, a new, half-hour arts and pop culture conversation. The complimentary show promises to tap into the national arts and culture conversation, trends and their impact with guest columnists, superfans, and reviewers, among others. Q, which previously occupied a full 90 minutes on the public broadcaster’s morning schedule, will transition to a shorter format, featuring a main interview and a secondary interview with a lesser-known emerging talent. The show will be available next day in podcast form.

Hello hi, I’ve got some things to tell ya about! First: Starting Jan 30th, I’ll be the host of a new LIVE daily show on CBC Radio — it’s called Commotion, and it will be THE place to have joyful, thoughtful, challenging, and emotional conversations about arts and pop culture.

In addition to the return of Play Me on Jan. 6 and Secret Life of Canada on March 28, new original CBC Podcasts debuting this winter include Love, Janessa (Jan. 23), an eight-episode series hosted by Hannah Ajala, which undertakes an investigation into an adult entertainment star whose images are being used in global catfishing schemes by a criminal network. The true crime series, a CBC Podcasts and BBC World Service co-production, is produced by Antica and Telltale Productions. 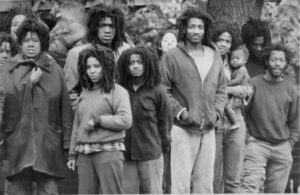 The Africas vs. America (7 episodes) launches Feb. 6, in which host Matthew Amha explores how Philadelphia became the first city in U.S. history to drop a bomb on one of its neighbourhoods in 1985. A forgotten American tragedy, Amha looks at the events that led to the targeting of a family of Black radicals known as MOVE.

The Heart: Sisters from creator Kaitlin Prest, debuts a new season on Feb. 14, produced by CBC, Radiotopia and Mermaid Palace. First launched in 2014, the audio art project about love and power, looks at sibling rivalry, mental health and the ugliness that comes out around family over 10 new episodes.

Let’s Make A Rom-Com, also launching Feb. 14, is from the team behind CBC Podcasts’ Let’s Make a Sci-Fi. Over eight episodes, Ryan Beil, Maddy Kelly and Mark Chavez explore what makes a romantic comedy a romantic comedy, the cultural impact of rom-coms, and whether three people with very different lived experiences can write a fresh, contemporary, and funny love story. 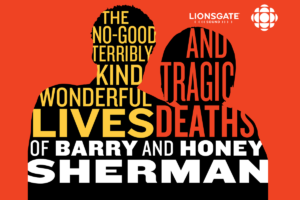 The No-Good, Terribly Kind, Wonderful Lives and Tragic Deaths of Barry and Honey Sherman, launching Feb. 20, takes listeners back to the 2017 murders of the billionaire Toronto couple. Narrated by Kathleen Goldhar and featuring actor Saul Rubinek as the voice of Barry Sherman, the eight-part investigation looks at the couple’s rise and mysterious end, shining a light on what extreme wealth does to people and their families. The true crime thriller was previously announced in August as part of Lionsgate Sound’s foray into podcasting.