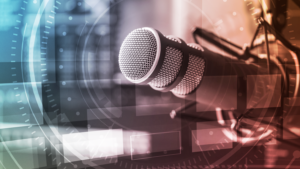 The CRTC has released its Communications Market Report, reflecting current trends up to March 2021. BDU revenues of $1.98B continued a downward trend, slipping 2.5% over the 12-month change period and -0.8% for the quarter. Subscribers fell below $10M to 9.87M, a decrease of 2% over the previous 12 months and flat for the quarter. Cable/IPTV and DTH (Direct to Home) revenues dipped 1.8% to 1.569M and 5.2% to $410M, respectively. DTH also saw a subscriber drop of 6% over the previous 12 months, while Cable/IPTV subscriptions fell 1.1%. On the telecom side, Mobile wireless revenues continue to trend down due to out-of-country travel restrictions and the associated loss of roaming revenues. Wireless revenues of $6.56B were down 7.9% in the quarter while subscribers of 38.7M were up 10.8% over the 12 months reflected and 7.2% for the quarter. Average monthly mobile wireless data traffic of 3.4GB is up more than 20% for the year and 3.2% for the quarter. Mobile long distance minutes also increased by more than 20% for the year, while residential landline long distance minutes were up over 10%. Revenue growth for residential high-speed Internet has increased since the pandemic as many Canadians rely on it more for work and entertainment at home. Revenues of $2.46B were up 9.8% for the 12 months reflected with subscribers up 3.3% to 11.75M. Many Canadians are also subscribing to faster speed tiers with 68.5% now at 50/10 or higher, a quarterly change of 8.7%. Shaw Communications has announced consolidated financial and operating results for the quarter ended Nov. 30. On a year-over-year basis, consolidated revenue increased by 1.2% to $1.39 billion, adjusted EBITDA increased 4.3% to $633 million and net income increased 20.2% to $196 million. In the first quarter, the company added approximately 55,600 new Wireless customers, with postpaid net additions of approximately 36,100 in the quarter driven by the continued momentum of Shaw Mobile. First quarter Wireless ARPU decreased 3.4% from the prior year period to $36.95; however, an increase in customers signing up for bundled offerings and Internet migration to faster speed tiers continues to support Internet revenue growth. Wireless postpaid churn of 1.70% improved approximately 11-basis points from the first quarter of fiscal 2021. First quarter Wireline revenue was in-line with the prior year at $1.06 billion and Wireline adjusted EBITDA decreased 1.5% year-over-year to $524 million. 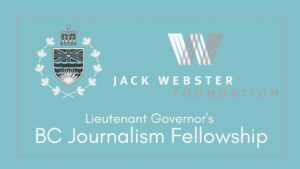 The Jack Webster Foundation has opened applications for its new Lieutenant Governor’s B.C. Journalism Fellowship supporting a piece of long-form journalism. Fellowships are awarded to members of the media or journalism educators to further their journalistic knowledge and skills, either through a course of their choosing to enhance leadership, reporting or editing skills or via one of the courses offered by the Poynter Institute for Media Studies in Florida, or a self-directed program/project they’re interested in. The deadline to apply is Feb. 28. 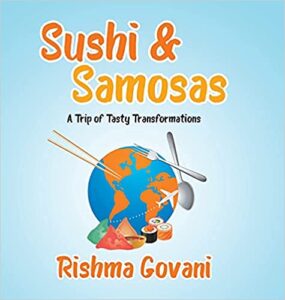 Rishma Govani, Director of Communications for Global News, has penned new kids’ book Sushi & Samosas. Advocating for diversity, tolerance, and cross-cultural understanding, it follows Raine and Asha, two bright yet stubborn kids, who are afraid to try new foods and prefer to stick to their familiar diet of chicken nuggets and fries. Their adventurous foodie parents are on a mission to change their minds. Govani, a first-time author, started her career as an Audience Producer for Avi Lewis’ CounterSpin on CBC Newsworld and went on to work as a segment producer at CTV, prior to pursuing public relations. 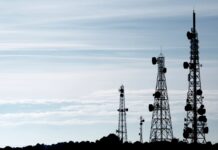