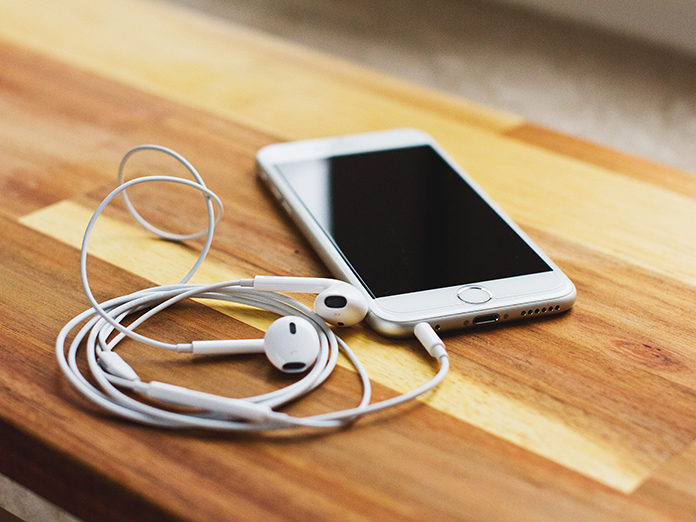 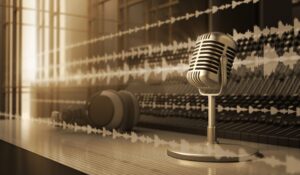 Harvard Broadcasting has become Harvard Media. The company says the rebrand allows it “to combine radio and digital media to form a powerful, full-service enterprise.” Harvard Media, one of the Regina-based Hill Group of Companies, says that as multiplatform company, it’s aiming to combine the power of local brands, personalities, events, and content with its digital products and services to deliver results-driven integrated marketing programs. Hill Group acquired Regina’s Carbon Marketing in late 2019.

Pacific Content and the UK’s Fresh Air Productions have announced a partnership that will see the branded content companies collaborate in the audio storytelling space on commissions, pool talent and create a so-called “centre of expertise” for podcast production, measurement, promotion, and distribution. The two companies say they’ll also work on global partnerships with podcast and tech platforms, global media agencies, and brands.

MTM JR. says music streaming is the most popular way for Canadian kids to consume audio, according to its “Turn it up!” report which looks at how kids, ages two to 17, are listening across music streaming services, AM/FM radio, and podcasts. Among the report’s findings are that music streaming, at 60%, is overwhelmingly the most popular way to listen to audio content, particularly among anglophone teens, ages 12-17. Spotify is the top music streaming service with anglophone children, while YouTube is preferred by Francophone kids. Just under half of young anglophones (45%) reported listening to the radio in the last month, either terrestrially or online. MTM JR. says radio use among Francophone children has continued to decline over the last two years, possibly driven by decreased car travel time during the pandemic. Podcasting remains a niche activity with just over one in 10 children listening. Read more here.

Bob McCown is the latest broadcaster to sign with SiriusXM Canada. The Bob McCown Podcast, which the former Sportsnet host launched in May of 2020 after parting ways with the network a year earlier, will be featured in SiriusXM’s collection of podcast content. In addition, new episodes of the podcast will premiere first as shows on Canada Talks (channel 167) at 6 p.m. ET weekdays, starting today, before being made available on the SXM App and other major podcast platforms. SiriusXM says the collaboration will also include the creation of additional content. The Bob McCown Podcast is co-hosted by John Shannon and initially made its radio debut on Sauga 960 AM (CKNT-AM) this past March. Read more here.

The Sound Off Podcast Network’s newest offering is Backstage Stories: Crew Are People Too, hosted by Ted Bird, morning show host at Lite 106.7 (CHSV-FM) Hudson, Que. The podcast is dedicated to the unsung ranks who toil in the shadows of the live entertainment industry. Featuring technicians, stagehands, crew, and roadies, as well as artists, performers, and managers, the opening episode features Ghislain Arsenault, who was running a modest trucking company out of Montreal when Celine Dion’s husband and manager, Rene Angelil, approached him in 1996 about providing transportation for Celine’s North American tour.

LISTEN: On the latest Sound Off Podcast, veteran radio host Susan Knight, who is currently heard on Victoria’s 91.3 The Zone. In this episode, you’ll hear how much Knight loves radio – from its ability to connect whether it is voicetracked or live, in a disaster, or at 5 a.m. Host Matt Cundill and Knight also talk about her venture into voiceover work. Listen on your favourite podcast app or here:

Julian Taylor’s Jukebox, a new three-hour radio show, launched last Sunday on ELMNT-FM in Toronto and Ottawa. The musician and former 106.5 ELMNT (CFPT-FM) Toronto afternoon drive host is giving up his weekday hosting gig to launch the syndicated program, which will focus on BIPOC and Independent artists. Represented by Greg Nisbet of RadioMogul, First Peoples Radio and Taylor are partners in the new show. 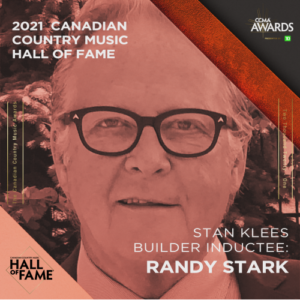 The Canadian Country Music Association (CCMA) has announced that Canadian country artist Patricia Conroy and promoter Randy Stark have been selected as the 2021 inductees into the Canadian Country Music Hall of Fame. Stark is well-known in radio circles, starting at London Records in Calgary in 1972, before going on to work with A&M Records, GRT, and Warner Music Canada where he ascended to VP, Marketing and Promotion. Stark served as both CCMA Director (1997-2003) and CCMA President (2000-02). He also owned and operated his own radio charting service, Trax Report, from 2007-18. In addition to managing several artists, Stark played a role in the radio careers of Deric Ruttan, Gord Bamford, Bobby Wills, Michelle Wright, Aaron Pritchett and Clayton Bellamy, among others.