The Trudeau government’s first budget in more than two years includes a roadmap for introducing a Digital Services Tax (DST) that would be applied to online advertising, social media and the sale of user data; $21 million in emergency operational funding for CBC/Radio-Canada; and Telefilm funding to update its programs to reflect the increasing digitization of the audio-visual industry.

Set to take effect Jan. 1, 2022, the interim Digital Services Tax was first announced in the Nov. 2020 Fall Economic Statement, and would stay in place until an acceptable multilateral approach takes effect.

The DST would apply tax revenue from certain digital services “reliant on the engagement, data and content contributions of Canadian users” at a rate of three per cent. Specifically, the tax would apply to revenue from online marketplaces including:

 Social media: Services provided through an online interface to facilitate interaction between users or between users and user-generated content. This category would not generally include an interface of which the sole purpose is to provide communications services (such as telephone service through Voice over Internet Protocol).

 Online advertising: Services aimed at the placing of online advertisements that are targeted based on data gathered from users of an online interface, not limited to online marketplaces, social media platforms, internet search engines, streaming services, and online communications services. Advertisements would include preferential search listings. The scope would encompass both revenue earned by an interface operator from the display of advertising as well as revenue earned from facilitating online advertising placement by third parties (including demand-side platforms, supply-side platforms, ad exchanges and advertising performance monitoring services).

 User data: The sale or licensing of data gathered from users of an online interface, including anonymized and aggregated data. 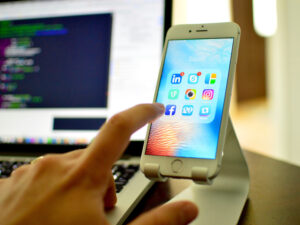 The federal government says it’s targeting large firms with the tax for several reasons, including market share and the likelihood that they are more profitable and able to bear the burden of a tax on revenue. In determining revenue associated with users in Canada, as opposed to those in another jurisdiction, the budget document says where possible revenues will be traced on the basis of transactional information. Where that’s not possible, a formula would be applied based on the nature of the revenue.

For example, where online advertising is concerned, revenue would generally be sourced based on the location of the user who views, listens to, clicks on, or otherwise consumes the advertisement. Where jurisdiction is not separately identifiable, revenue associated with users in Canada would be considered to be equal to the total contract revenue multiplied by the ratio of the number of advertisement views by viewers in Canada to the total number of advertisement views by viewers in all locations.

The government plans to engage with the provinces and territories to discuss the implications of the DST with the Department of Finance welcoming written feedback from stakeholders until June 18. It’s anticipated that draft legislation for a new statute implementing the DST would be released for public comment during the summer with the legislation to be included in a bill to be introduced.

Among other investments outlined in Monday’s budget – which allows for $101 billion in new spending over three years – was an additional $1B over six years to the Universal Broadband Fund, starting in 2021-22, to support more rapid rollout of projects.

Budget 2021 also proposes the creation of a Data Commissioner that would inform government and business approaches to data-driven issues like protection of personal data and innovation in the digital marketplace. The budget earmarks $17.6 million over five years, starting in 2021-22, and $3.4 million per year ongoing. Another $8.4 million over five years and $2.3 million ongoing is dedicated to Standards Council of Canada work to advance industry-wide data governance standards. 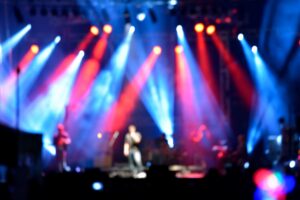 Before the pandemic began last February, an estimated 410,000 Canadians worked in the arts, entertainment, and recreation industries – a number that has fallen by more than 35% over the last year.

In addition to extending the ShortTerm Compensation Fund, administered by Telefilm, and doubling the fund to up to $100 million to reduce the financial risk productions face amidst ongoing COVID-19 shutdowns, the budget also proposes  providing $105 million over three years, starting in 2021-22, for Telefilm to modernize its current suite of programs to respond to increasing digitization in the audiovisual industry. $60 million over three years, starting in 2021-22, would also go to the Canada Media Fund to increase support for productions led by people from equity deserving groups working in the Canadian audiovisual industry.

Other measures included in the budget aimed at helping businesses and individuals recover from the ongoing economic fallout of the pandemic, include maintaining flexible access to EI benefits until fall 2022, extending applications for the Canada Emergency Business Account to June 30, providing up to 12 additional weeks of the Canada Recovery Benefit to support Canadians not covered by EI, and introducing a $15 dollar an hour federal minimum wage that would keep pace with inflation. The minimum wage would stay higher in provinces where the hourly rate is already higher.