Broadcast and music industry executive Duff Roman, The Fifth Estate co-host Bob McKeown, and Quebec actor and comedian Marc Labrèche are among the newest inductees of the Order of Canada.

Bob McKeown, C.M., who already boasts two Emmys, three Geminis, and a Grey Cup (won during his time as an all-star centre with the Ottawa Rough Riders in 1973) is being recognized for his long investigative journalism career with CBC. The Yale University graduate also spent eight years working for Dateline NBC and another five with CBS News.

Roman is being recognized for his contributions to the Canadian music industry as a broadcaster and executive, and for his steadfast promotion of Canadian talent.

Lauded as an industry trailblazer, Roman got his start in radio on the Prairies, before being lured to CKEY 590 Toronto, and later CHUM. By 1974, he was appointed program director of CHUM-FM and a decade later operations manager. He retired as head of the CHUM Radio Network.

Janis Dunning, C.M. and Jacques Lemay, C.M., co-founders of the Canadian College for Performing Arts in Victoria, are being recognized for their numerous contributions to the arts and young artists in Canada. Dunning was a household name for decades as the creator and principal performer of national CTV kids’ television series Let’s Go! and The Rockets. She has founded numerous training programs, including the Musical Theatre program at the Royal Winnipeg Ballet, the Young Company Program for the Charlottetown Festival, and is also co-founder of the Canadian Heritage Arts Society.

The former Halifax radio personality, who became a paraplegic at age 11 due to polio, is being recognized for advocating for those with disabilities and for accessibility, as a politician, radio host and community volunteer. Lawrence started his career as an operator at CJCH Halifax in 1959, before going on to host mornings on the station from 1967-76. He hosted Hello Metro on CHNS, among other stops, which ran for 20 years. Lawrence also served as a City of Halifax Alderman, before being elected to the Nova Scotia Legislature in 1978, ’81, ’84 and ’88. Among his achievements, he garnered support to make Dartmouth and Halifax more accessibility friendly, including installing an elevator in Province House.

The son of Quebec comedian Gaetan Labrèche, Marc Labrèche is being recognized for being an icon of the Quebec cultural landscape in his own right. His television career started in 1980, appearing on series and soap-operas. With over 30 films and series to his credit, Labrèche had a leading role in Denys Arcand’s Days of Darkness (L’Âge des ténèbres) and earned a Gemini Award for his role in Quebec television series, La Petite Vie. He’s also lent his voice to the French versions of Toy Story, Toy Story II and The Simpsons. Additionally, he’s hosted numerous comedy, late night and talk shows on TSQ, SRC and TVA.

The former director of Festival of Festivals (the pre-cursor to TIFF) and past Chairperson of Viacom Canada, is being recognized for her enduring contributions to Canadian film and television as a leader, advocate and ambassador. Stephenson was the festival’s director from 1986-94 and is credited with helping the event build its worldwide reputation. In addition to her work with Viacom, Stephenson also did a stint as an on-air host at Showcase introducing its film programming. She was named interim CEO of the Academy of Canadian Cinema and Television in 2011 and was elevated to the position in 2012.

The Order of Canada is one of our country’s highest civilian honours. Its Companions, Officers and Members take to heart the motto of the Order, DESIDERANTES MELIOREM PATRIAM (“They desire a better country”). 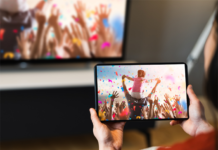 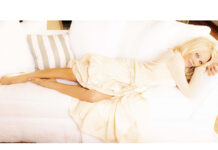 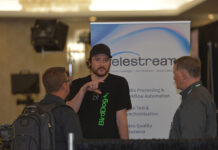