CBC has unveiled its original podcast slate for fall 2022, with the lineup featuring new investigative series Pressure Cooker and The Outlaw Ocean, a collaboration with L.A. Times Podcasts.

“Powerful storytelling is the throughline of our fall docket, from investigating modern-day slavery on the lawless oceans to telling the tale of a couple caught in a precarious swirl of conspiracy, and sharing the recollections of a woman working to unravel the mysteries of her childhood spent on the run,” said Arif Noorani, Director, CBC Podcasts, in a release. “Our invaluable collaboration with our partners at L.A. Times Podcasts has made this season’s incredible lineup even stronger, helping to create world-class content that links dynamic personal experiences to broad and timely themes.” 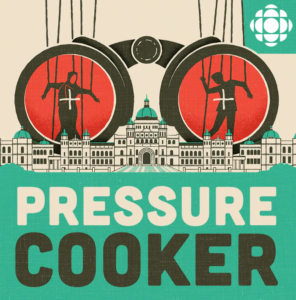 Launching Sept. 6, Pressure Cooker is a look at the unlikely suspects in a 2013 plot to plant pressure cooker bombs on the grounds of the provincial legislature in Victoria with the aim of murdering tourists during Canada Day festivities. Hosted by Vancouver filmmaker Dan Pierce, the five-part series explores how a marginalized couple wound up at the centre of a police sting.

The Outlaw Ocean debuts Sept. 26, hosted by Pulitzer Prize-winner and former New York Times journalist, Ian Urbina, who set out on a years-long quest to investigate murder at sea, modern slave labour, environmental crimes and quixotic adventurers. Described as part travelog, part true-crime thriller, the seven-part series takes listeners to international waters where the laws of the land no longer apply. The series is produced by The Outlaw Ocean Project, as part of a collaboration between CBC Podcasts and L.A. Times Podcasts. Listen to the trailer here.