A $35-million dollar class action lawsuit has been filed on behalf of hundreds of reality and factual TV workers who have worked at Cineflix Canada, which produces TV shows like Property Brothers and Mayday.

The statement of claim for the suit is based on the experience of Anna Bourque, a story editor, whose most recent contract at Cineflix’s Toronto production office was from Sept. 2017 to Feb. 2018 working on Property Brothers Season 6.

According to the claim, Bourque routinely worked 50 to 70-hour work weeks and did not become aware that she was eligible as an employee for minimum wage, overtime pay, vacation pay and public holiday and premium pay because the defendants continually misrepresented her actual eligibility and entitlement.

The claim alleges that independent contractors working for Cineflix have been denied basic minimum standards under Ontario’s Employment Standards Act, 2000. The suit seeks general damages of $35 million plus other compensation on behalf of all individuals who did not receive entitlements in recent years, covering those who worked in production, pre-production and post-production classifications and who worked or are still working at Cineflix.

The production company has responded saying it will be “vigorously contesting” the claim.

“Cineflix has demonstrated a solid history of ethical standards and respect for the creative community for over 20 years,” Cineflix said in a statement emailed to Broadcast Dialogue.

Filed by Cavalluzzo LLP, which specializes in labour and employment, the Toronto law firm has also issued a call for current or former workers of Insight Productions, Boat Rocker and other factual television producers to come forward.

“Picture editors and story editors work together taking hundreds of hours of footage and sharpening it into 43 minutes or so of entertaining television, but as schedules get squeezed our hours expand and there is never compensation for that, so our pay becomes inversely proportional to the hours worked,” Bourque said in a press release issued by the Canadian Media Guild (CMG).

The legal action follows a five-year campaign by CMG and its parent union CWA Canada to improve working conditions in the factual side of the entertainment industry.

“Reality and factual TV are the wild west of the entertainment world,” said Lise Lareau, a co-ordinator of the CMG’s Fairness in Factual TV campaign. “People working in this area of production are cut out of labour laws. They don’t have the rights of other employees, and historically they’ve been left out of union contracts enjoyed by the rest of the entertainment industry.”

According to Lareau, most reality and factual TV production companies make their workers set up their own corporations or sign contracts saying they are “independent contractors” and then fail to provide overtime, vacation pay and paid holidays.

“Since these workers aren’t covered by union contracts, production companies often use them as a way to create less expensive, but still lucrative programming,” said CMG organizer Denise O’Connell, who has spent 20 years in the industry.

Kat Lapointe, an organizer with CMG / CWA Canada, asserts that signing a contract that calls you an independent contractor does not mean you are not entitled to basic minimum employment standards.

“It is not that simple. Treating people as outside of employment laws keeps people vulnerable and unable to build sustainable careers. It means they’re forced to deal one-on-one with the company — putting each individual worker at a disadvantage — rather than having a collective voice to win fairness and respect at work.” 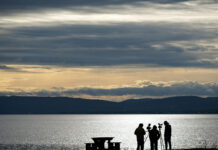