The world’s most efficient one-to-many data delivery system, the ATSC 3.0 standard runs on an IP (internet protocol) backbone and can integrate with other global data delivery standards including Wi-Fi and 5G, offering enhanced audio and visual features and broadcast mobility.

Funded through a $4.5 million joint NSERC/CFI College-Industry Innovation Fund grant, Humber’s B²C Lab will be the first industry research lab in North America equipped with both an ATSC 3.0 broadcast system and 5G core network, including an RF antenna test chamber supporting over-the-air testing of a wide range of wireless devices and prototypes. Supported by a team of faculty researchers and students, the lab will foster partnerships with both the private and public sector to enable tech and business innovation at the local, regional and national level, illustrating how the broadcast industry can support the digital transformation of other industries.

“ATSC 3.0 is much more spectrum efficient, and offers new ways to innovate and obtain the most value from prime OTA TV spectrum,” explained Orest Sushko, the lab’s director. “It can be customized for different market adoption strategies beyond NexGen TV – including broadcast offload and direct-to-mobile strategies.”

Sushko said although the 3.0 standard has yet to be formally adopted in Canada, there is a growing appetite to learn more about the standard and its extensive capabilities as an IP-based data delivery network.

“As 3.0 moves to reaching critical mass in adoption in the U.S, the B²C lab can provide Canadian stakeholders a living lab to explore and devise solutions using 3.0 across both television and non-television applications in the form of datacasting,” said Sushko. 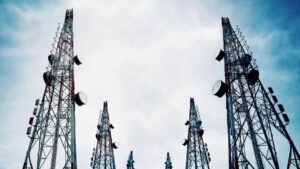 The digital transformation of the broadcast system can help other industries digitally transform as well – from connected cars, to remote education, IoT agriculture and mining, smart cities, programmable advertising, distance learning, and more.

Phase one of the lab, housed in the 90,000 square foot Barrett Centre for Technology Innovation at North Campus, is now in operation with ATSC 3.0. A multiple transmitter-antenna configuration in the Toronto area is being operationalized in the first quarter of 2022. The B²C Lab is actively participating in research in ATSC 3.0 Inter-tower communication (ITCN), development of ATSC 3.0 broadcast single frequency network (SFN), development of a broadcast core network and convergence with 5G core network.

A lab open house will be held in the New Year, pending COVID-19 restrictions. A hybrid virtual tour and F2F open house is also planned to welcome guests from across Canada and around the globe. 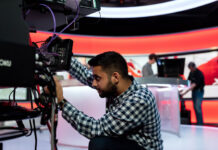