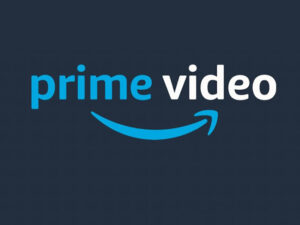 Prime Video presented its burgeoning slate of Canadian Amazon Original productions at an event in Toronto, introducing new projects including The Sticky, an English-language dramedy set in Quebec and inspired by the real-life “Great Canadian Maple Syrup Heist” of 2011. Produced by Jason Blum’s Blumhouse Television, Jonathan Levine’s Megamix, Jamie Lee Curtis’ Comet Pictures, and Canadian producer Sphere Media, the half-hour series is slated to start filming in Montreal in late fall. Also in the works is an untitled documentary project on The Tragically Hip from director Mike Downie, a multi-part docuseries that will feature never-before-seen footage, photos, performances, and stories from the band’s 40-year career. Woven throughout the interviews will be lead singer (and Mike’s brother) Gord Downie’s personal writing from his notebooks and journals, lyrics, and correspondence with family, friends, and fans. Read more here.

Crave, in association with Rezolution Pictures, APTN, and OP Little Bird, has started production on Crave Original drama series, Little Bird. Created by showrunner Jennifer Podemski (Unsettled) and head writer Hannah Moscovitch (X Company), the six-part, one-hour limited series follows an Indigenous woman on a journey to find her birth family, and uncover the hidden truth of her past. The series will be available to audiences in English and French, with Fremantle handling international distribution. Award-winning filmmakers Elle-Máijá Tailfeathers (The Body Remembers When the World Broke Open) and Zoe Hopkins (Run Woman Run) each direct three episodes, while Hopkins also writes three of the episodes.

Crave has announced that LETTERKENNY spinoff SHORESY will begin streaming Friday, May 13. Created by and starring Jared Keeso, the six-episode, half-hour hockey comedy sees the character join the Sudbury Bulldogs of the Northern Ontario Senior Hockey Organization (the NOSHO) on a quest to never lose again. Two new episodes will rollout every Friday. As previously-announced, the series will join Hulu’s lineup in the U.S. as a Hulu Original.

UNINTERRUPTED Canada, Bell Media and Canadian Tire have announced their collaboration on WICK, an original documentary on Dr. Hayley Wickenheiser. It takes viewers from Wickenheiser’s early years growing up on a Saskatchewan farm, to teaching women in India and North Korea how to play hockey, to choosing to pursue a medical degree – all the while winning four Olympic hockey golds, seven world championships and becoming the first female to ever play pro men’s hockey in Europe. The film also follows Wickenheiser present day, as she navigates life as a medical doctor, while also serving as head of player development for the Toronto Maple Leafs. The hour-long film will premiere on Crave and TSN this fall, with Canadian Tire, a long-time sponsor of Wickenheiser, on board as the film’s presenting sponsor. 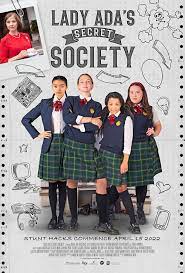 Distribution360 (D360) has launched new digital series, Lady Ada’s Secret Society (9×9) on the marbleKIDS YouTube channel. It follows the adventures of Ava, Tina, Rebelle and Frances in their secret computer club as they rebel against their hyper-traditional boarding school where technological advances are dismissed. The girls execute over-the-top pranks using tech they invent, hack or borrow while staying one step ahead of their headmistress. Award-winning creator Shannon Fewster produces, alongside Joshua Demers and Andrew Hunter, and Samantha Wan (Second Jen) directs. The cast includes Ella Jonas Farlinger (Anne with an E), Maia Jae Bastidas (In The Dark), Glenna Walters (Anne with an E), Claire Qute (The Detail) and Terri Hawkes (Sailor Moon). D360 will shop the series as both shorts and an 80 min. film. 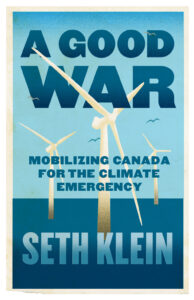 Cedar Island Films has acquired the rights to Seth Klein’s A Good War: Mobilizing Canada for the Climate Emergency. The book has been optioned for a limited documentary series with Ruth Nanda (Emergency Room: Life + Death at VGH, Keeping Canada Alive) attached as showrunner and Michael Bourquin (Moosemeat & Marmalade, Coyote Science) as series director. A Good War examines how politics and the economy can be aligned with what science says we must do to address the climate crisis. 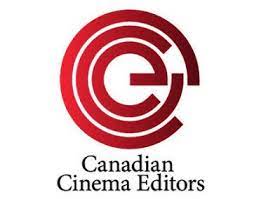 The Canadian Cinema Editors have unveiled this year’s CCE Award nominations with multiple nods for The Handmaid’s Tale, Way Over Me (Sortez-moi de moi), and Sort Of. Jean-Marc Vallée is also being recognized at this year’s event with a posthumous Career Achievement Award, while David Cronenberg collaborator and feature film editor Ron Sanders will receive this year’s Lifetime Achievement Award. The CCE Awards will take place May 26 at the Delta Hotel in Toronto.

Newfoundland and Labrador’s 2022 budget includes $10 million for a new Film and Media Production Centre at College of the North Atlantic in St. John’s; a new All Spend Film and Video Production Tax Credit; and $10 million for the Film and Television Equity Investment Program. The province says with currently about 1,400 film and television jobs in NL, there is still significant room for growth. The new 30% tax credit for eligible productions has a cap of $10 million annually per project. 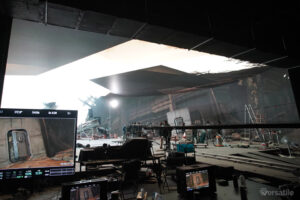 Versatile Media has confirmed the location of its new 43,000 sq. ft. Vancouver film studio, which will include multiple soundstages, both traditional and LED, purpose-built for live-action filming. Strategically located in South Burnaby near Marine Way, the studio is Versatile’s first permanent virtual production LED volume in Canada. Set to take occupancy in December, the facility will encompass a traditional soundstage and coinciding amenities, including paint and sawmill, dedicated costume areas, general offices space, and parking to accommodate a full production. The LED volume will be comprised of 12,000 LED panels creating a 270-degree cylindrical volume spanning a 90 ft. diameter with a 30 ft. connected flat ceiling. It will integrate Epic’s Unreal Engine and will be powered by NVIDIA GPU technology. 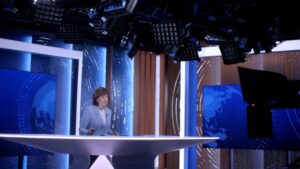 Radio-Canada is now broadcasting live from Studio J in the new Maison de Radio-Canada in Montreal. Watch a behind-the-scenes tour that captures the minutes leading up to the historic inaugural broadcast from the new studio and the first impressions of anchors Patrice Roy and Céline Galipeau.

CHCH-TV has acknowledged the growing pains that have come with moving into its new digs in suburban Hamilton after 67 years in its former downtown location. The station has posted a tongue-in-cheek look at a rough first week. Among the changes that have come with the newly-constructed 7,000 sq. ft. fully-digital facility, videographers now edit their own reports. 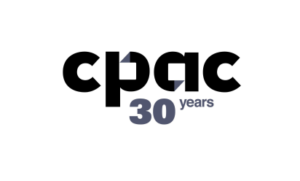 CPAC is partnering with France 24 to bring Canadians coverage of an election that could have a significant impact on France and Europe. Coverage begins April 20 at 3 p.m. ET (replay at 10 p.m.) with the French presidential debate between Emmanuel Macron and Marine Le Pen — who are facing off for a second round of voting in the presidential runoff. Canadians can tune in again April 24 at 2 p.m. ET, when CPAC will air France 24’s live election results, including reporting from the ground, analysis, and speeches from both candidates. Blue Ant Media has launched free, ad-supported streaming channel, Homeful, on The Roku Channel in the U.S. and Canada. Homeful features home design TV like Moving the McGillivrays, Candice Tells All, What’s For Sale?, Decks, Docks and Gazebos, and Sarah’s Summer Rental, among other series. The launch of Homeful builds on Blue Ant’s expansion into the emerging free streaming space and expands its existing partnership with The Roku Channel, which now carries Blue Ant channels Love Nature in the U.S. in both English and Spanish; HauntTV in the U.S. and Canada; TotalCrime in the U.S., and sister channel CrimeTime, in Canada.

Stingray has reached an agreement for the distribution of a suite of free ad-supported channels (FAST channels) to TCL smart TVs in Australia, Brazil, India, Mexico and the U.S. The new services within the TCL app include Qello Concerts by Stingray, Stingray Karaoke, Stingray Classica, Stingray DJAZZ, Stingray CMusic, Stingray Naturescape, and Stingray Music channels at no extra cost. As part of the deal, TCL FALCON will also make available AVOD packages including the best of karaoke and concerts.