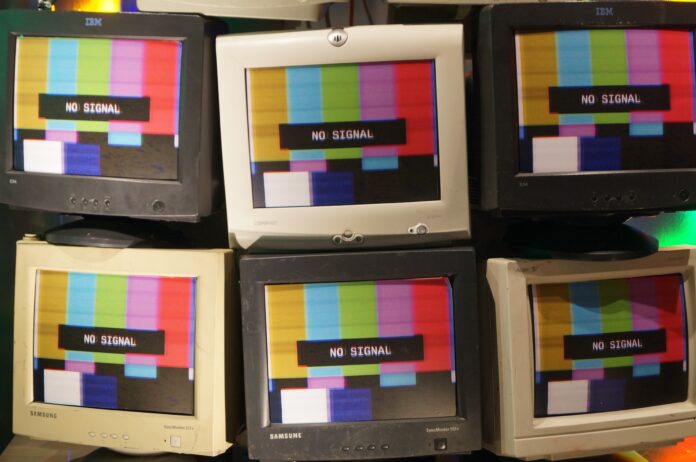 CBC/Radio-Canada is once again making 24-hour news channels, CBC News Network and ICI RDI, more widely available as Canadians face a resurgence of COVID-19. CBC News Network is now available to all cable subscribers on free preview on Bell TV, Rogers, Cogeco, Eastlink, and SaskTel, among other distributors, as well as TELUS and Shaw as of this week. CBC News Network is also accessible on CBC Gem, the CBC News app, and CBC.ca. ICI RDI is now available to Vidéotron, Bell TV, Cogeco, TELUS, Rogers, and Shaw subscribers, as well as at ici.radio-canada.ca/rdi and the Radio-Canada Info app.

Alanis Obomsawin has been chosen as the 13th Glenn Gould Prize Laureate. During her 53-year filmmaking career, Obomsawin has devoted herself to chronicling the lives and concerns of First Nations people. Chosen from a list of international candidates across a broad spectrum of creative disciplines and nominated by the general public, the prize includes a cash award of CAD $100,000 and the Glenn Gould Prize statue by Canadian artist Ruth Abernethy. The Glenn Gould Foundation honours the spirit and legacy of Canadian pianist, writer, and broadcaster Glenn Gould. Every two years, the foundation convenes an international jury to award the prize to a living individual for a unique lifetime contribution that has enriched the human condition through the arts. 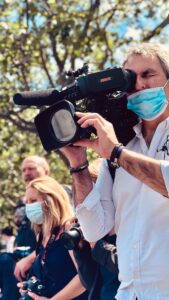 The TVB/Dynata Coronavirus Media Usage Study, has published an update, based on a national U.S. survey conducted Sept. 17-24. The study finds that Television remains dominant in reaching vast audiences with TV reaching 84% of all respondents, outpacing radio (58%), social media (55%), and video streaming platforms with ads (27%), among other platforms. This was also the case among A18-34, A25-54, A35+, respondents living in urban, suburban, and rural areas as well as African Americans and Hispanics. Among all news sources, local broadcast TV is the most trusted (79%) with adults 18+. That also extends to the websites & apps of local broadcast TV stations (70%) which were cited as the most trusted digital news sources. Social media (39%) was the least trusted news source. Respondents felt that broadcast TV news (50%) gave them the best information and updates on the COVID-19 pandemic. Cable TV news (25%) was a distant second and social media (13%) a distant third.

CBC says the new season of Battle of the Blades will launch with a special two-hour live premiere Thursday, Oct. 22 at 8 p.m. (8:30 NT) on CBC TV and CBC Gem. Season 6 of the competition series was set to premiere Oct. 15, but production and training were temporarily halted after a member of the production team tested positive for COVID-19. CBC has also announced that singer-songwriter, TV host and actress Keshia Chanté will be joining Ron MacLean to share hosting duties this season. 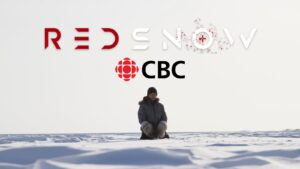 Marie Clements’ award-winning feature Red Snow premieres on CBC Gem Oct. 23, and on CBC-TV Oct. 24. Filmed on location in the Northwest Territories and the desert interior of B.C. (Ashcroft Band Lands, Cache Creek and Kamloops), Red Snow is the story of a Gwich’in soldier from the Canadian Arctic, who is caught in an ambush in Afghanistan. Shot in four languages, including Gwich’in, Inuvialuktun, Pashto and English, it features Tantoo Cardinal, Asivak Koostachin, Mozhdah Jamalzadah, and Samuel Marty, among others.

Ava DuVernay’s ARRAY Releasing has acquired Deepa Mehta’s Funny Boy. The adaptation of Shyam Selvadurai’s 1994 Canadian best-seller of the same name, will make its debut on Netflix on Dec. 10. The coming-of-age story is set against the backdrop of 1970s Sri Lanka as tensions escalate between the minority Tamils and Sinhalese.

Mixed↑, the feature film directorial debut from multi-disciplinary artist Howard J. Davis (aka HAUI), will launch on OUTtv on Nov. 11. The film, born out of HAUI’s own experiences as a queer and BIPOC person, takes a look at what it means to be mixed in today’s society. The film features testimonials from HAUI’s biological and found family, including actress and activist Tantoo Cardinal, stage and screen performer Thom Allison, and multidisciplinary artist Jani Lauzon. The film was co-produced by Vancouver-based trans filmmaker and producer Jack Fox.

TVO Original documentary Picture My Face: The Story of Teenage Head premieres Nov. 3 on TVO. The doc looks at the legendary Hamilton punk band’s history as it gets set to release its greatest hits and prepare for a cross-country tour, while lead guitarist Gord Lewis battles crippling depression. Marky Ramone is among those featured. 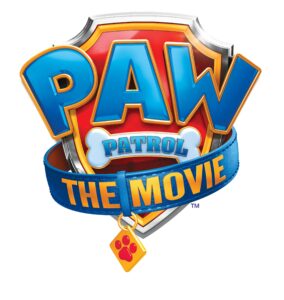 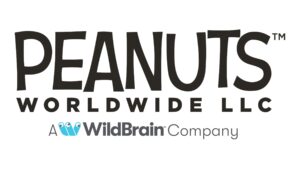 Apple TV+ has teamed with WildBrain, Peanuts Worldwide and Lee Mendelson Film Productions, to become the home for all things Peanuts, bringing together new original series and iconic specials in one place. New animated Peanuts originals coming to Apple TV+ include a second season of the Daytime Emmy-nominated Snoopy in Space, and a slate of brand-new specials marking Mother’s Day, Earth Day, New Year’s Eve and Back to School – all to be produced by WildBrain’s animation studio. The new series and specials join the previously announced The Snoopy Show, premiering in Feb. 2021; a brand-new Peanuts 70th anniversary documentary film from Imagine Documentaries and WildBrain, set to premiere next year; and the Daytime Emmy Award-winning Peanuts in Space: Secrets of Apollo 10. 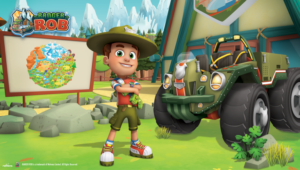 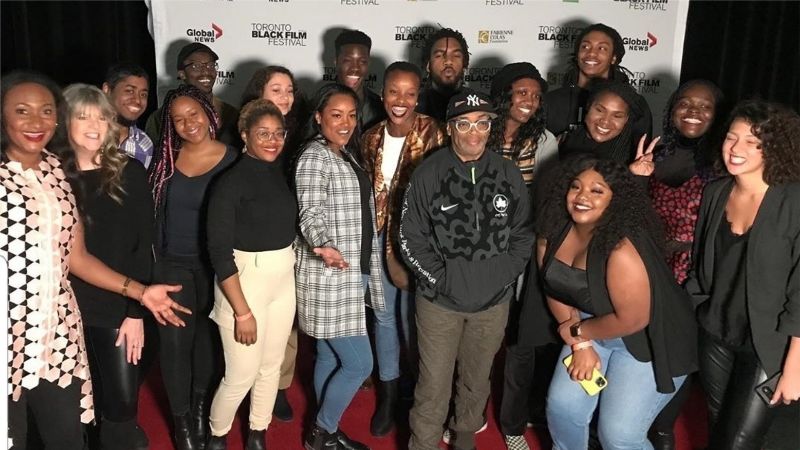 The Fabienne Colas Foundation has announced that Telefilm Canada is coming on as a major partner of the Being Black in Canada Program, a mentorship, training, and creation program entirely dedicated to Black filmmakers. Telefilm joins previously-announced partners Netflix, the National Bank and Canada Media Fund. As a result of the cross-industry partnership, the 2020 program will expand to include 20 new participants from Montreal, Toronto, and Halifax, and over the next two years extend its reach to Ottawa, Calgary and Vancouver with an aim to support a total of 70 new filmmakers and 55 alumni by 2022. Participants from the program benefit from mentorship and training by experts across multiple areas of film production including screenwriting, directing, editing and post-production. They’re also provided with the opportunity to create individual documentary shorts that address the issue of social integration of those from Black communities in Canada. The Writers Guild of Canada (WGC) will host the 25th Annual WGC Awards virtually on April 26. Nominations are open until Dec. 4 for scripts in the following categories: Children’s, Comedy Series, Documentary, Drama Series, Feature Film, MOW & Miniseries, Preschool, Tweens & Teens, and Shorts (including Web Series, Drama or Comedy Series with episodes under 15 minutes in length). The awards are open to WGC members only. Guidelines and the entry form are available via the WGC online members portal. 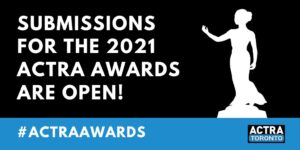 The 2021 ACTRA Toronto Awards are going virtual with performance nominations now open in the categories of Male, Female, Male Voice and Female Voice. The deadline to submit is Oct. 31. Global News will air Decision BC, the network’s comprehensive coverage of the B.C. provincial election on Oct. 24, across its platforms. The simulcast starts at 6 p.m. PT with Chris Gailus and Sophie Lui of Global News Hour at 6 anchoring the main broadcast, along with results analysis from legislative reporters Keith Baldrey and Richard Zussman. Reporting live from the main party headquarters will be Neetu Garcha with the B.C. NDP, John Hua at the B.C. Liberal camp and Kylie Stanton with the B.C. Greens. On the radio side, the Global News 980 CKNW panel will be hosted by Simi Sara and feature Moe Sihota (NDP), Puneet Sandhar (Liberal) and Jonina Campbell (Green). 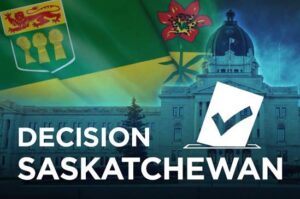 Global News’ Decision Saskatchewan special will air Oct. 26 from 8 – 11 p.m. CT on Global Regina, Global Saskatoon, Globalnews.ca, and the Global TV App. Regina and Saskatoon were made available on the Global TV App this past Wednesday, bringing to 10 the number of free news streams on offer.

TSN, Hockey Canada, and the International Ice Hockey Federation (IIHF) have announced the broadcast schedule for the 2021 IIHF World Junior Championship. Live from Rogers Place in Edmonton, TSN will cover all 28 games, beginning on Christmas Day, for the first time since the 2005 tournament and culminating with wall-to-wall coverage of all four quarterfinal games on Jan. 2, both semi-finals Jan. 3, and the Gold Medal Game on Jan. 5. The network’s World Juniors coverage kicks off Dec. 20 with all 10 pre-tournament games.