Thunderbird Entertainment Group has “set the record straight” regarding an assertion by Voss Capital, LLC that its play to replace the company’s board of directors has the support of director and shareholder Frank Giustra. Thunderbird confirms Giustra, who owns 12.8% of issued and outstanding shares, intends to stand for re-election as part of the Vancouver-headquartered company’s slate at the next Annual General Meeting of shareholders. Voss Capital, Thunderbird’s largest shareholder (13.3%), believes there is a “crucial need” for the company’s board to be “reconstituted to include directors with both the skills and experience needed to create value and an understanding of their duties to the company’s stakeholders – qualities that we have found to be severely lacking on the current board.” “Recent engagements with the board have clearly demonstrated to us that it has lost sight of its responsibilities and has no credible plan to create value,” Voss continued in a statement. “Instead, we have witnessed the Board engage in a disturbing pattern of actions, which appear aimed at avoiding being held accountable to Thunderbird’s shareholders…” Thunderbird’s consolidated revenue increased by $18.0 million (69%) to $44.1 million and $37.5 million (34%) to $149.0 million for the three months and year ended June 30, compared to $26.1 million and $111.5 million year-over-year.

Blink49 Studios, backed by Fifth Season (formerly known as Endeavor Content) and Vanguarde Artists Management, have partnered to launch a joint venture to develop and produce content for the global market. The joint venture brings together Vanguarde’s access to creative talent and IP to develop and produce original projects with Blink49’s studio, production and distribution infrastructure. Under the joint venture, Blink49 will also provide development funding to build a slate of projects with Vanguarde and its clients. Blink49 and Vanguarde will serve as co-producers on all projects developed and produced through the deal, with Fifth Season having a first look on international distribution rights. Vanguarde recently tapped playwright and television creator/showrunner Adam Pettle as in-house Executive Producer of its newly-formed content label Vanguarde Pictures. Alongside Co-Heads Tina Horwitz and Jay Horwitz, Pettle will develop scripted content for podcast, broadcast, cable, premium cable, and streaming under the new banner. 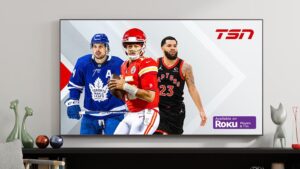 TSN is now available on Roku streaming players and Roku TVs as part of an ongoing partnership with Bell Media. Canadian Roku users will now have access to live and on demand programming from TSN, including the CFL season; IIHF Women’s and Men’s World Championships and the World Juniors; coverage of the Toronto Raptors and NBA; regional NHL broadcasts; FIFA World Cup; live coverage of the NFL; golf Majors and tennis Grand Slams; plus MLS, F1, NASCAR, UFC, and NCAA March Madness. To access, users can sign in to TSN on the Roku platform using their existing TSN login credentials, while new users can sign up directly via Roku Pay. OUTtv is launching new FAST channel OUTtv Proud in the U.S. Fuse Media will distribute the channel as part of its suite of DEI FAST (diversity, equity and inclusion, free ad-supported streaming television) channels in 2023. It will offer viewers a collection of more than 400 hours of OUTtv original series, documentaries, films and specials. OUTtv says the new channel builds on the success of its SVOD offering OUTtv.com that has seen year over year double-digit growth since launching in 2016. Other DEI-focused FAST channels include Shades of Black, Latino Vibes, and Backstage, spotlighting diverse music artists. Shaw Communications has announced the launch of Disney+ on Shaw TV and Shaw Stream, giving Fibre+ Internet customers the ability to watch Disney, Pixar, Marvel, Star Wars, National Geographic and Star content through one integrated in-home platform. The integration of Disney+ into Shaw TV and Shaw Stream’s interface means that every available movie and episode of a show can be found in one place. For a limited time, customers on select Fibre+ Internet two-year ValuePlans bundled with Shaw TV or Shaw Stream, can watch Disney+ at no extra charge, for up to 24 months. 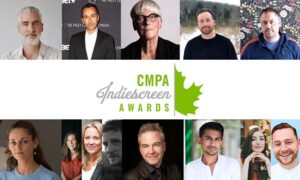 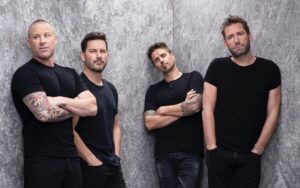 The Canadian Academy of Recording Arts and Sciences (CARAS) and CBC have announced that Nickelback will be inducted into the Canadian Music Hall of Fame as part of the 2023 JUNO Awards. Taking place in Nickelback’s home province of Alberta on March 13, the ceremony will appear on the JUNO Awards Broadcast, produced by Insight Productions. It will also stream live at 6 p.m. MT/8 p.m. ET on CBC TV, CBC Gem, CBC Radio One, CBC Music, CBC Listen, and globally at CBCMusic.ca/junos and CBC Music’s Facebook, YouTube and Twitter pages. Since winning their first JUNO in 2001 for Best New Group, Nickelback has won a total of 12 awards spanning seven categories including Album of the Year, Rock Album of the Year, JUNO Fan Choice, Single of the Year, Songwriter of the Year, Producer of the Year and Group of the Year. Also performing will be Calgary native and four-time JUNO nominee, Tate McRae. Country music manager and promoter, Ron Sakamoto, has been announced as the recipient of the Walt Grealis Special Achievement Award.

CBC/Radio-Canada and the Australian Broadcasting Corporation (ABC) have announced that two projects from the Kindred ABC/CBC Animation Collaboration have been given co-production development deals with ABC Kids and CBC Kids: My Shadow is Pink, a preschool series for kids, ages 3 to 7, from Headspinner/Sticky Pictures and created by Scott Stuart and Ken Cuperus, based on Stuart’s best-selling book; and The Eerie Chapters of Chhaya, a series for tweens, 10 to 14, created by Suren Perera, Georgina Love and Thomas Duncan-Watt. The national public broadcasters also announced the continuation of their creative and commercial collaboration, originally signed in June 2019, which will allow ABC and CBC to continue co-developing dramas, comedies, factual content, children’s programs, and podcasts, increasing reach and impact. 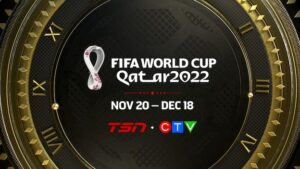 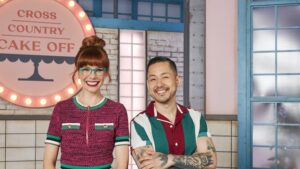 CTV’s new cake competition series, Cross Country Cake Off, is set to make its debut Dec. 4 with four holiday-themed episodes. Hosted by cookbook author and multiple Canadian Screen Award-winner Mary Berg, along with pastry chef Andrew Han, the CTV Original series airs Sundays at 9 p.m. ET/PT, featuring the country’s best cake makers as they bake to claim a $50,000 prize. During three regional qualifying rounds, eight bakers in each of the host cities – Vancouver, Toronto, and Halifax – present their creations to the judges with the Top 2 bakers representing each region moving on to compete in the finale. 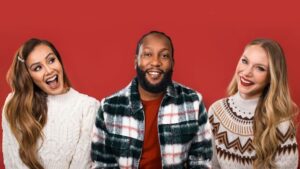 The 118th Original Santa Claus Parade returns to the streets of Toronto and exclusively to CTV, CTV.ca, and the CTV app on Dec. 3 at 7 p.m. ET/PT. Produced by Bell Media Studios, the 90-minute special will include performances from John Legend and Preston Pablo. Returning to anchor North America’s longest running children’s parade are The Social’s Melissa Grelo, CTV Your Morning’s Kelsey McEwen and ETALK’s Tyrone Edwards. This year’s parade will feature 27 floats and 18 marching bands. 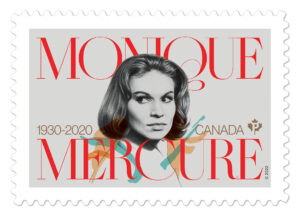 Canada Post has issued a commemorative stamp celebrating Quebec’s grande dame of stage and screen, Monique Mercure. Mercure, who passed away in 2020, had a six-decade career performing in more than 100 classical and contemporary plays in North America and Europe and over 80 films and TV productions, including Mon oncle Antoine (1971); J.A. Martin photographe (1977), which earned Mercure Canada’s first Festival de Cannes award for best actress; Naked Lunch (1991) and The Red Violin (1998). She also appeared as a regular in popular French-language TV series Providence (2005-11) and Mémoires vives (2013-16). She joins her peers from the performing community that Canada Post has honoured with stamps, including Fay Wray, Mary Pickford and Christopher Plummer.

Netflix and Amazon Prime Video toggle between first and second position in Ontario and Quebec, according to the latest VAM (Video Audience Measurement) insights released by Numeris. In Ontario, Prime Video has the edge over Netflix for total hours tuned, A18+, while Disney+ is a distant third. Netflix leads share of audience in Franco Quebec, followed by Prime Video and Disney+. Netflix is in the lead for both regions, with adults 25-54. In terms of weekly reach, Prime Video leads Netflix in Ontario across all demos, except teens, ages 12-17. Netflix typically outpaces Prime’s weekly reach in Franco Quebec, with the exception of the A50-64 and A65+ demos.

Media Technology Monitor (MTM) has launched its second annual MTM Newcomers study, focused on those who’ve arrived in Canada within the past five years. It finds newcomers are 42% less likely to own a TV set than Canadian-born individuals (64% vs 91% respectively) and 52% less likely than those born in Canada to subscribe to a paid TV service, such as cable or satellite. However, they are more likely to fall under the “TV My Way” category and watch TV content online. 88% of newcomers subscribe to at least one Subscription Video On Demand (SVOD) service, such as Netflix or Amazon Prime Video. Close to one in 10 subscribe to a foreign-language SVOD, such as Hotstar, iQiyi or Shahid. Newcomers are much more likely to consume a variety of audio online rather than on traditional platforms. 80% of newcomers listen to music on YouTube versus 49% of Canadian-born respondents. Newcomers are also more likely to use music streaming services like Spotify and listen to podcasts.