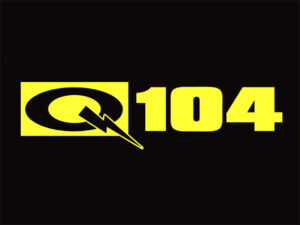 Acadia Broadcasting has signed a letter of intent to acquire Q104 (CKQV-FM) Vermillion Bay, ON, and its repeaters in Kenora, Dryden and Sioux Lookout, from Golden West Broadcasting. Playing a Classic Hits format, Q104 provides continuous listening coverage along a four-hour stretch of the Trans-Canada (Highway 17) from Dinorwic to the Manitoba border. Golden West’s only station in Ontario, it’s owned CKQV-FM since acquiring Norwesto Communications in 2010 and also operates local news sites KenoraOnline and DrydenNow in the region. Chris Pearson, President of Acadia Broadcasting, said the opportunity to acquire the station and its repeater transmitters, will increase Acadia’s localized presence in Northwestern Ontario where it already has five FM stations including CKDR-FM Dryden, CJRL-FM Kenora, CFOB-FM Fort Frances, and CJUK-FM and CKTG-FM Thunder Bay. Read more here.

LISTEN: CJNE-FM The Storm and CITJ-FM Core Country in Nipawin, SK are up for sale. Owners Norm and Treana Rudock have spent two decades owning and operating the stations, but are now about to retire. They spoke with our publisher Shawn Smith on Broadcast Dialogue – The Podcast about serving a fast-growing community and following their passion. Listen on your favourite podcast app or here:

Learn more about the stations here. Those interested in speaking to Norm Rudoch, can contact him at 306-862-1395 or norm.cjne@sasktel.net. 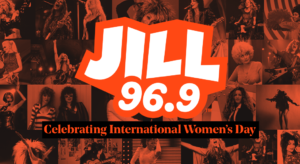 JACK radio stations in Victoria, Vancouver, Calgary, Medicine Hat, London and Halifax will once again flip to JILL for 24-hours in honour of International Women’s Day on Tuesday, March 8.  JILL will feature female artists all day with the station re-imaged with female voice talent. The Rogers Sports & Media brand is also bringing back JILLith Fair featuring live tracks from a number of female artists from 6 – 8 p.m. local time. Additionally, listeners will hear on-air testimonials from the women of Rogers on what IWD means to them and inspirational messages from women who own, operate and run businesses in their local communities.

NOW Country 104.7 FM (CIUR-FM) Winnipeg midday host Morgan James (aka MJ) will host an International Women’s Day special on March 8. Heard from 10 a.m. – 1 p.m. CST, the three-hour show will be dedicated to women artists with a spotlight on Manitoban and Canadian performers. 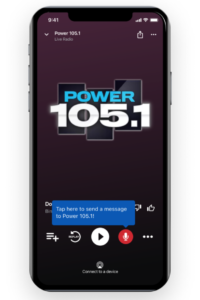 iHeart has launched a new interactive Talk Back feature on the iHeartRadio app in the U.S. that allows radio and podcast listeners to record up to 30 seconds of audio and send it directly to the host. Talk Back is integrated with the proprietary iHeartRadio CMS (content management system). The recordings are available to use on-air within about 10 seconds of being sent.

Spotify has officially introduced Car Thing in the U.S., which enables listeners to play their music and podcasts quickly using “Hey Spotify” voice commands, as well as taps, turns, and swipes. Announced last April and unveiled in a limited release last fall to Spotify Premium users, the device is available to purchase for $89.99. It requires a Spotify Premium subscription plan along with a phone with a mobile data connection. 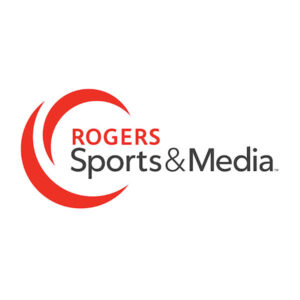 Rogers Sports & Media has unveiled its Canada’s Next Great Podcaster contest, running across its radio and television brands. Open until March 25, Rogers will award $10,000 and production of eight episodes, as well as a two-year website domain supplied by GoDaddy. The contest is open to residents of British Columbia, Alberta, Manitoba, Ontario, and Nova Scotia, who reside in the listening range of a participating station. 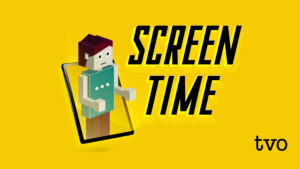 Screen Time, a new TVO podcast that delves into how the technological revolution has outpaced research about what’s healthy for children, debuts March 10. Co-produced by TVO and Antica Productions, the six-episode podcast is hosted by Beaverbrook Chair of Media, Ethics & Communication at McGill University, Taylor Owen, and technology journalist Nicole Edwards. The podcast explores topics like screen time and brain development, online games as virtual playgrounds and the impact of social media on mental health in teens. 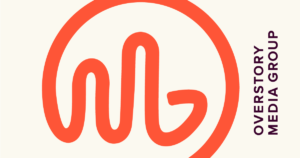 Overstory Media Group’s (OMG) Capital Daily podcast, focused on stories in and around Victoria, BC, published its final episode on Feb. 25. OMG says the daily podcast is evolving to a series format focusing on special investigations and reports and will reemerge in a new format. Podcast lead Jackie Lamport and producer and interviewer Martin Bauman are still with the organization. OMG says Lamport will continue to bring podcasts to life in other communities with several shows in development, while Bauman will continue his work with Capital Daily. 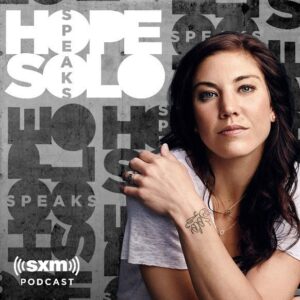 SiriusXM has launched a new podcast with Hope Solo, the World Cup champion and Olympic gold medalist goalkeeper. Hope Solo Speaks, debuted across all podcast platforms March 2. SiriusXM says Solo will bring the same energy and passion she displayed on the soccer pitch to the microphone as she discusses a variety of topics, including her fight for women’s rights and gender equality, motherhood and family, changing trends in sports and more. She’ll be joined by guests from athletes to artists and influencers. New episodes will drop every Wednesday on the SXM App and other major podcast platforms. Hope Solo Speaks will also air on SiriusXM’s dedicated soccer channel, SiriusXM FC (channel 157).

Daniel Paulin (aka Danny Zzzz), evening host on GIANT FM (CIXL-FM) Niagara, has made it through to the next round on NBC’s America’s Got Talent: Extreme. On this past Monday’s show, Paulin – a magician, illusionist and escape artist – performed a death defying act, escaping after being shackled and placed in a box suspended 140 ft. in the air, with just 60 seconds to spare before the box dropped to the ground. The on-air host and producer started his career with 97.7 HTZ-FM (CHTZ-FM) St. Catharines.

LISTEN: Amanda Cupido is the new Director for Talk and Talent at AM640 (CFMJ-AM) Toronto. She joins the Sound Off Podcast to talk about News/Talk radio’s move toward storytelling and multi-platform and the growth in podcasting as radio news outlets take notice. Listen on your favourite podcast app or here: