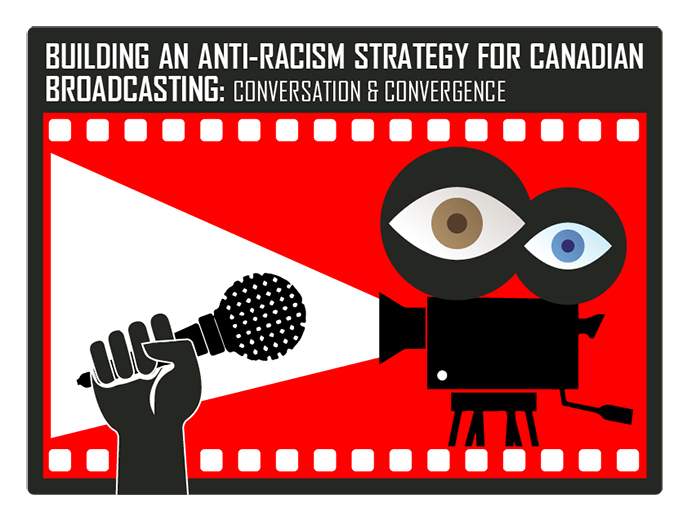 The Community Media Advocacy Centre (CMAC) is staging a series of consultative events across the country, starting later this month, aimed at confronting barriers to employment and representation of BIPOC (Black, Indigenous and People of Colour) Canadians in broadcasting and media.

“Building an Anti-Racism Strategy for Canadian Broadcasting: Conversation & Convergence” will kick off in Montreal on April 30, the first of five regional gatherings to be hosted in Vancouver, Halifax, Calgary, and Winnipeg. Supported by Canadian Heritage’s Anti-Racism Action Program, the events will culminate in a national conference to be held at Carleton University, Nov. 18-19, in Ottawa.

Laith Marouf, Senior Consultant, CMAC, says each regional event will reflect issues in the local community, following a call for proposals earlier this year from the academic, production, and racialized communities in each city who deal with issues around media, communication, journalism and race.

“Each city is diverse and different in terms of who are the major racialized communities and what are their issues, and therefore the proposals that came to us are clearly in the character of those locales,” Marouf told Broadcast Dialogue.

In Montreal, for example, diversity advocate, documentarian and author William Ging Wee Dere will deliver the keynote, addressing Sinophobic attacks on the Chinese community as the pandemic took hold. In Halifax, writer, activist and professor El Jones will talk about challenging anti-Blackness and criminalization through community media. Other presenters will discuss decolonizing the film, TV and media industry; reporting responsibly on missing Indigenous people; promoting racial equity in the screen sector; and creative ways to be a catalyst for positive social change. Representatives from the CRTC will also attend and be part of the program in select cities.

“As we saw in multiple reports that have come out in the press in the last few years…what we keep on seeing is that you can’t just throw money at the problem and solve it, there are structural issues that need to be addressed from policies in existence at the CRTC, the Broadcasting Act, and within the broadcast sector itself, like the employment issues at CBC or in the community media sector,” said Marouf. “How do you address these issues?”

“We’re trying to have these regional conversations that are not only workshops, but are going to include open forums where these sectors and communities can discuss the barriers they’re facing in broadcasting and what they view as solutions.”

Marouf said at the end of each regional event, the conversations will be archived and posted to the web to help the next region carry the conversation forward. Their findings will be presented at the national level to the Minister of Canadian Heritage, Minister of Diversity and Inclusion, and the CRTC.