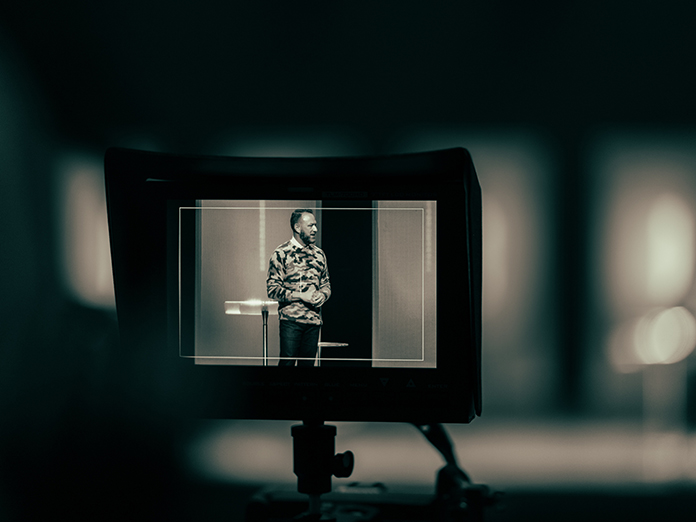 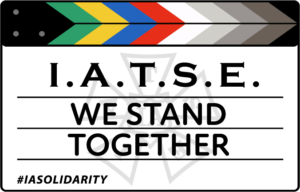 IATSE (International Alliance of Theatrical Stage Employees) and the Alliance of Motion Picture and Television Producers (AMPTP) resumed bargaining Wednesday in a last-ditch attempt to avert what would be the organization’s first nationwide strike mandate in the union’s 128-year history. While Canadian union members aren’t included in the strike authorization, job action would inevitably have some reverberations through Hollywood North. Particularly on higher budget U.S. productions shooting in Canada, some crew members may be covered by one of the collective agreements affected by the stalemate.

Boat Rocker has struck a first-look deal with brothers, Shamier Anderson and Stephan James, the stars of its highly-anticipated series Invasion (Apple TV+) and Beacon 23 (AMC), respectively. Under terms of the deal, they’ll develop and produce original television projects for the company under their Bay Mills Studios banner. In 2016, Anderson and James co-founded B.L.A.C.K. and currently serve as co-chairs and co-founders of The Black Academy, a division of B.L.A.C.K. which aims to combat systemic racism while celebrating and inspiring Black talent in Canada. The Black Academy’s awards show, celebrating Black Canadian talent across film, television, music, sports, and culture has secured a multi-year broadcast deal and is being produced by Insight Productions, a Boat Rocker Company, planned for fall 2022.

9 Story Media Group has acquired a minority equity stake and entered into a first-look deal with Knights Of, an award-winning, inclusive publishing company. Created by Aimée Felone and David Stevens, London-based Knights Of focuses on improving inclusivity in children’s books. Under the terms of the deal, 9 Story has exclusive first-look rights to acquire audio-visual, merchandising, theatrical and ancillary rights to Knights Of book properties. Its roster of authors includes Elle McNicoll (A Kind of Spark), Kelly Yang (Front Desk, Three Keys), Jason Reynolds (Look Both Ways, The Run Series) and Sharna Jackson (High-Rise Mystery). 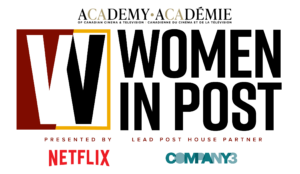 The Academy of Canadian Cinema & Television has announced the six participants selected for the inaugural cohort of Women in Post, a program designed to address the barriers to entry and advancement for women in the post production industry. The creators chosen for the first edition are: Brittany Lewis (BC), Editing/ VFX Editing; Elian Mikkola (SK), Editing; Daniela Pinto (ON), Post Production Audio; Ariana Saadat (BC), VFX Supervision; Set Shuter (ON), Post Production Supervision; and Penelope Walcott (ON), Post Production Audio. Women in Post is presented by Netflix and supported by lead post house partner, Company 3, and supporting partners, Rocket Science VFX and Urban Prairie Post. 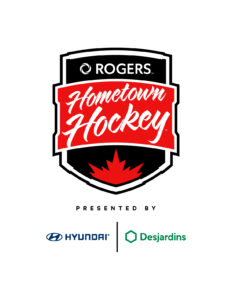 Rogers Hometown Hockey returns for an eighth season, Oct. 16-17. Enhanced protocols for entry to this season’s tour include proof of full vaccination, mandatory face masks, social distancing, and touchless activations. Ron MacLean and Tara Slone return to host every Monday evening, starting in the Township of North Dumfries, ON. That will be followed by the first pre-game show of the season Monday, Oct. 18 leading into the New York Rangers vs. Toronto Maple Leafs broadcast on Sportsnet and via stream on SN NOW. The first phase of the tour schedule will include stops in Lindsay, ON (Oct. 23-25); Belleville, ON (Oct. 30 – Nov. 1); Township of Oro-Medonte, ON (Nov. 6-8); and Greater Sudbury (Nov. 13-15). The remaining cross-country tour stops will be announced on a rolling basis due to the changing nature of pandemic public health regulations from province to province. 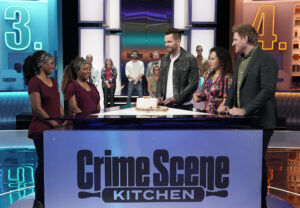 WildBrain Television has unveiled Family Channel and Family Jr.’s fall lineup during a month-long free preview. Competition series Crime Scene Kitchen, hosted by Joel McHale (Community), is among the shows making its debut in which teams of bakers become “culinary detectives” as they enter the “Crime Scene Kitchen” where a mouth-watering dessert that has just been made has disappeared. It airs on Family Channel Mondays at 8 p.m. ET/PT. Other premieres include Game of Talents, hosted by Wayne Brady (Let’s Make A Deal, Whose Line Is It Anyway?), pitting two teams of contestants against each other as they attempt to figure out the surprising – and sometimes bizarre – hidden talents of mystery performers; in addition to American Ninja Warrior Junior; Berry in the Big City; Lucas the Spider; Spooky Movies on Fridays through October & Hallo-week, Oct. 25-31. 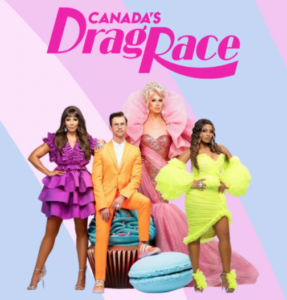 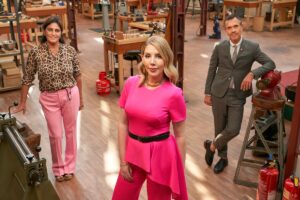 All That Glitters (6×60’), a British competitive jewelry making series, is coming to Makeful TV this October. Hosted by London-based, Canadian comedian and actress Katherine Ryan, alongside jewelry designers and judges, Shaun Leane and Solange Azagury-Partridge, the show follows eight aspiring jewellers as they compete to show they have what it takes to shine in the world of jewelry design. The series has its Canadian broadcast premiere Monday, Oct. 18.

Super Channel and Blood in the Snow Film Festival (BITS), a showcase of contemporary Canadian horror films, have joined forces once again to bring a hybrid edition of the upcoming 2021 BITS to Canadian horror film fans. This year’s festival will see the virtual portion run on Super Channel Fuse over Halloween weekend, Oct. 29 – Oct. 31, with the in-person festival returning to the Royal Cinema Nov. 18-23. The Blood in the Snow Film Festival presented by Super Channel will showcase five horror features and a variety of hair-raising shorts programs. In addition to exclusive Canadian film premieres, the virtual film festival experience will include pre-recorded film intros and Q&A’s with filmmakers. Telefilm Canada has been entrusted with the administration of five audiovisual productions financed under the Harold Greenberg Fund’s French-language Program. The program, which will cease operations Dec. 15, will transfer close to $1.4 million to Telefilm in order to ensure that the five productions receive the investments committed by the fund. The Harold Greenberg Fund has also made a commitment to donate all remaining funds raised by its French-language Program to the Talent Fund by April 30, 2022. The donation marks the 25th anniversary of Harold Greenberg’s death and pays tribute to the businessman and philanthropist who left his mark on the Canadian audiovisual industry.