Seneca College is celebrating Pixar’s Oscar win for Toy Story 4 that included the efforts of three of its alumni. The film, which won the Academy Award for Best Animated Feature Film, featured the work of three Seneca graduates from the Faculty of Communication, Art & Design, including animators Brendan Beesley, a graduate of the school’s 3D Animation program, and Graham Finley, a graduate of the Animation program. Deana Marsigliese, another Seneca Animation grad, served as the film’s art director. Meanwhile, Vancouver-based story artist Pearl Low was part of the team that brought the film Hair Love to the screen, which won the Oscar for Best Animated Short. Read more here. Digital Domain has officially launched Digital Domain Montréal, the VFX studio’s ninth location worldwide. The Montréal studio will focus on feature films, episodic and streaming while supporting other groups within the multi-faceted VFX house. Digital Domain Montréal will immediately house about 130 new artists and staff who will collaborate with nearly 1,500 employees around the world. Located in the historic Plateau-Mont-Royal borough, the new 35,000 square-foot facility will include a state-of-the-art screening room, multiple editorial bays and room to expand to accommodate up to 500 artists and staff. The new studio is already contracted to work on projects for Marvel, Sony and 20th Century Studios. 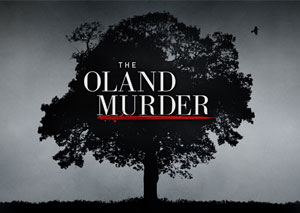 Unsettled, a new series for APTN and TVO, executive produced by Jennifer Podemski’s Redcloud Studios and Derek Diorio’s Distinct Features, follows an urban Indigenous family who lose their fortune and have to move from Toronto to a Northern Ontario First Nation. The 10-episode first season stars Cheri Maracle, Brandon Oakes, Tamara Podemski, Wesley French, Pam Mathews, and Lawrence Bayne, among others. Shot on Nipissing First Nation, Unsettled is the first dramatic series to be funded through the Canada Media Fund’s Aboriginal Language Program. Of 55 roles on the series, 50 are Indigenous characters.

I Do, Redo, starring and executive produced by Jessica Mulroney, will premiere Sunday, Mar. 22 on CTV. The CTV original series offers couples whose weddings were ruined by circumstances beyond their control another chance to say “I do.” At the helm is Mulroney who, together with design and floral expert Caspar Haydar, design and plan every redo wedding.

Nelvana is ramping up production on a third season of original preschool adventure series, Ranger Rob. The new season of 52 x 11 minute episodes is slated for delivery beginning summer 2020. Ranger Rob currently airs on Treehouse in Canada and has earned top ranks with Universal Kids and Hulu in the U.S., TF1 in France, Tiny Pop in the UK, and SUPER RTL in Germany. 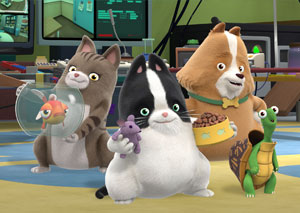 Nelvana has struck distribution agreements with TF1 and Boomerang for its new 3D animated series, Agent Binky: Pets of the Universe. Presented by redknot, a joint venture between Nelvana and Discovery Inc., the series (52×11 minutes) will roll out internationally on Discovery Kids (LATAM), TF1 (France) and WarnerMedia’s Boomerang (EMEA) starting this Spring. It launched on Treehouse in Canada this past September. Based on the Kids Can Press graphic novels by Ashley Spires, Agent Binky: Pets of the Universe follows the adventures of curious house cat Binky and his fellow P.U.R.S.T. agents (Pets of the Universe Ready for Space Travel) who are on a mission to protect their human families from aliens, robots, and interstellar threats. 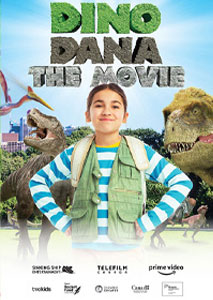 Sinking Ship Entertainment has announced U.S. and Canada-wide screenings of Dino Dana The Movie, a spin-off of the award-winning series. Presented by Fathom Events and Cineplex Events, the movie will premiere at exclusive one-day event screenings in over 550 theatres across North America on Saturday, Mar. 21. Young attendees will also become certified Dino Dana paleontologists-in-training. Dino Dana the series airs on Amazon Prime in the U.S. and TVOKids, Knowledge Network, and Yoopa in Canada. Dino Dana The Movie is produced by Sinking Ship Entertainment with the participation of Telefilm Canada, the Shaw Rocket Fund, and Ontario Creates, and in association with Amazon Studios and TVOKids.

CBC Gem original tween action-adventure series Detention Adventure (10×11), from LoCo Motion Pictures and Broken Compass Films, has begun production on its second season.  Filming in the Greater Toronto Area will continue until mid-February. Season 2 is once again directed by showrunner Joe Kicak, and will be available to stream on-demand via CBC Gem later in 2020. The Banff World Media Festival (BANFF) and Corus Entertainment have opened submissions for the 2020 Corus Writer’s Apprentice Program. Offering training and insights into the demands of writing successful television programs, interested applicants are encouraged to apply by Mar. 17. This year, the program will focus on voices from under-represented groups. Selected candidates will receive a full-access pass to BANFF and a travel stipend of $1,200; extensive networking, pitching and business-building opportunities while at the festival; and a two-week internship in the story department of a Canadian primetime series. More info here.